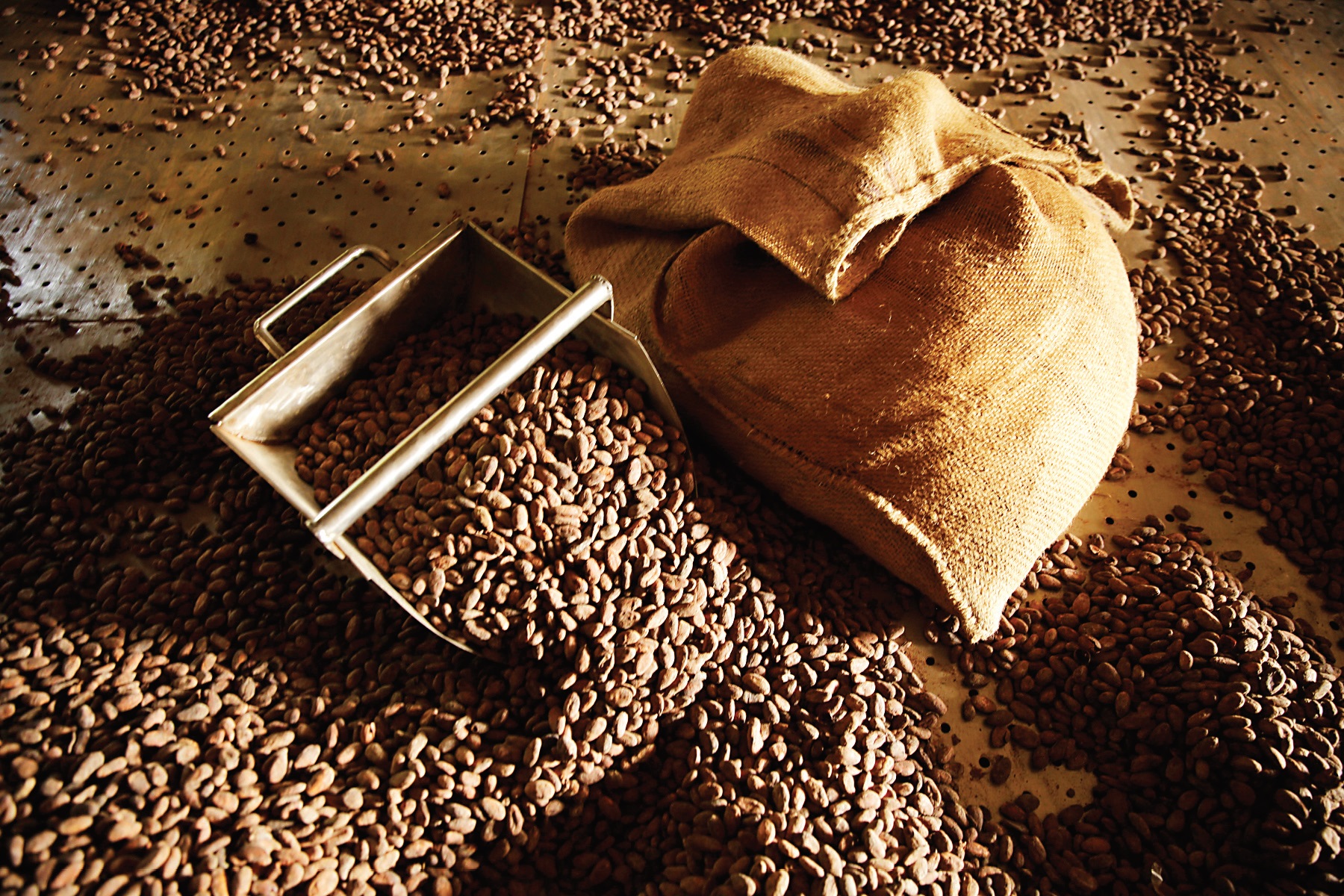 Filipino chocolate is having a moment. It’s winning awards left and right and just recently, a farm in Davao was certified as one of only 16 farms in the world growing heirloom cacao.

What happened? A little more than a decade ago, this kind of attention was unheard of. Cacao trees grew as a convenient crop in backyards and under the shade of coconut trees, harvested only to produce charming tableyas (coarsely ground and firewood-roasted chocolate discs) destined for the batirol or the pot.

The five won awards in a broad stretch of categories, including bars, filled chocolates, drinking chocolate, chocolate spreads, and even packaging.

Auro Chocolate, which took home ten awards, said they decided to enter the competition in order to showcase their products as well as represent the Philippines. While their positioning for Auro Chocolate is “premium yet accessible,” Mark Ocampo, co-founder and managing director of the company said, “We want Filipinos to feel proud of our products as the Philippines becomes more known in the chocolate industry. We don’t want our products to be unattainable. We want to be able to give Filipinos the best quality they deserve that doesn’t necessarily mean it’s imported.”

“The first award we received helped us market the product, it really helped sales,” Puentespina said. “But for us, the reason is really to get feedback and improve our products. You have to remember that what we’re doing here, with fine chocolates from the Philippines, there is no existing template.”

Only for the gods…until now

Filipino chocolatiers were not the first to recognize the inherent goldmine that is Philippine cacao. Chocolate manufacturers overseas have long been sourcing local beans for their products, mostly for what is called commodity, or bulk chocolates, the kind used in chocolate candy found in convenience stores.

Then there are the chocolate makers who saw the potential of Philippine-grown cacao beans. UK-based Luisa’s Vegan Chocolates Philippines 92% won in the Dark Bean-to-Bar category of the recent AOC, and the multi-awarded US-based brand Askinosie uses Davao beans for seven of its products. Two of Askinosie’s eight award-winning products list among its ingredients beans from Davao; its 62% Dark Milk Chocolate + Fleur De Sel Sea Salt Bar won the Good Food Award in 2013 and 2014, and its Dark Milk Chocolate + Black Licorice CollaBARation Bar won the Good Food Award in 2017. 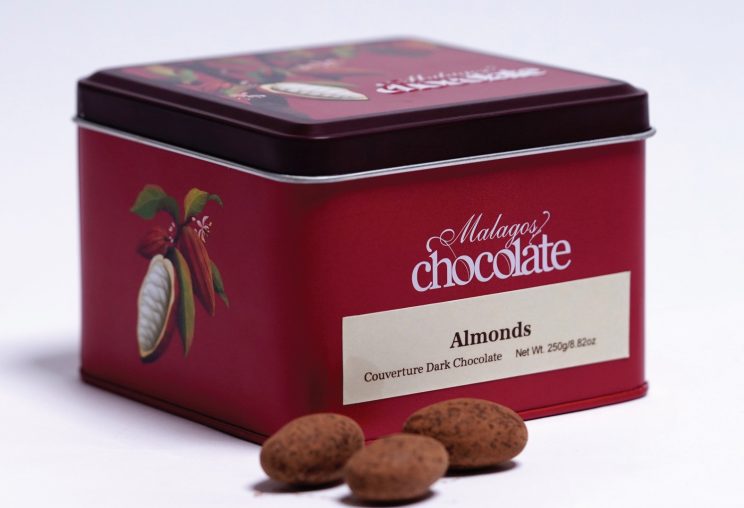 Dragees, the chocolate-covered coffee beans and almonds from Malagos Chocolate in tin cans.

But what is all the fuss about? Chocolate has been in the country for as long as grandmothers have been making chocolate de batirol and champorado. The Philippines acquired its chocolate habit thanks to 300 years of Spanish colonial rule. Even by conflicting accounts of the origin of the first theobroma cacao tree to be planted in the Philippines, it has been growing on Philippine soil for nearly 500 years.

However, for years following the departure of the Spanish, the Filipino palate became acquainted only with compound chocolates. As opposed to couverture chocolates, compound chocolates use the cheaper alternative – vegetable fat – in addition to sweeteners; true chocolate uses cocoa butter, which is derived from whole cacao beans after fermenting, drying, roasting, grinding and pressing the resulting cocoa liquor, making it far more expensive than vegetable fat.

There is also no distinction as to the beans used in making compound chocolates. In couvertures, it is standard to identify the varieties used – whether it is one of the three most well-known varieties of cacao: criollo, forastero or trinitario – which lend a different character to the chocolate, much like in coffee.

Compound chocolates are usually the ones used in commercially available chocolate bars; a dead giveaway would be the price of the chocolate product. “We have been bombarded with cheap chocolates for many years,” said Puentespina.

This is mainly because cacao beans were traded merely as commodity (thus the coveted cocoa butter would then be extracted, leaving only the cheap byproduct to make cheap chocolate), and the expertise and equipment needed to make fine-flavor chocolates were available only to first-world manufacturers based in countries which had to import their cacao beans.

Ocampo confirmed that they pay twice as much for fermented and dried cacao beans. “We created a system based on sustainability practices we studied from around the world to pay farmers higher depending on the quality and variety of the cacao beans they provide,” he said. Auro and Malagos both try and teach cacao farmers to level up their skills and technique through various initiatives.

Puentespina said it was the recognition from the Cocoa of Excellence Programme in Paris back in 2017 that put Philippine cacao on the radar of the world. It was then that Puentespina Farms was recognized as one of the producers of the best 50 beans in the world, an important detail because the focus of the award was on the bean itself.

The “bean-to-bar revolution,” in which importance is placed on the source of the beans used in making the chocolates, has also helped propel countries like the Philippines and depressed countries in the equatorial region get their fair share of credit for the world’s love of chocolates.

Cacao grows at a specific latitude, usually identified as within the narrow 20 degree-band from the equator); Davao lies 7 degrees north of the equator, as does the other well-known chocolate-producing countries like the Ivory Coast and Ghana.

Ocampo said Auro Chocolate is planning on releasing a single-varietal chocolate, in addition to its reserve collection, which highlights single-estates and farmers in micro-origins. “They’re exactly the same recipe and percentage, the only difference is the origin of the cacao which highlights the unique flavor of the land,” he said.

Even startup companies like MS3 Agri-Ventures are proving that it’s more than just pretty packaging and master marketing that can get you noticed by the experts. The company has seven products and features modest packaging and design, yet it took home two Bronzes and one Silver from the 2019 AOC. In 2018, it also took home a Bronze from the AOC for its Choco Unsweetened drinking chocolate.

The process, though, has a lot to do with it, though good genetics counts for a lot. If you ask Puentespina, it is a combination of good beans and good technique. When the Puentespinas’ Malagos Agri-Ventures started in 2012, they sought out the help of experts and international NGOs whose advocacy was to help develop the cacao industry in equatorial countries. From there, the company invested in knowledge and equipment that refined important processes in chocolate-making. 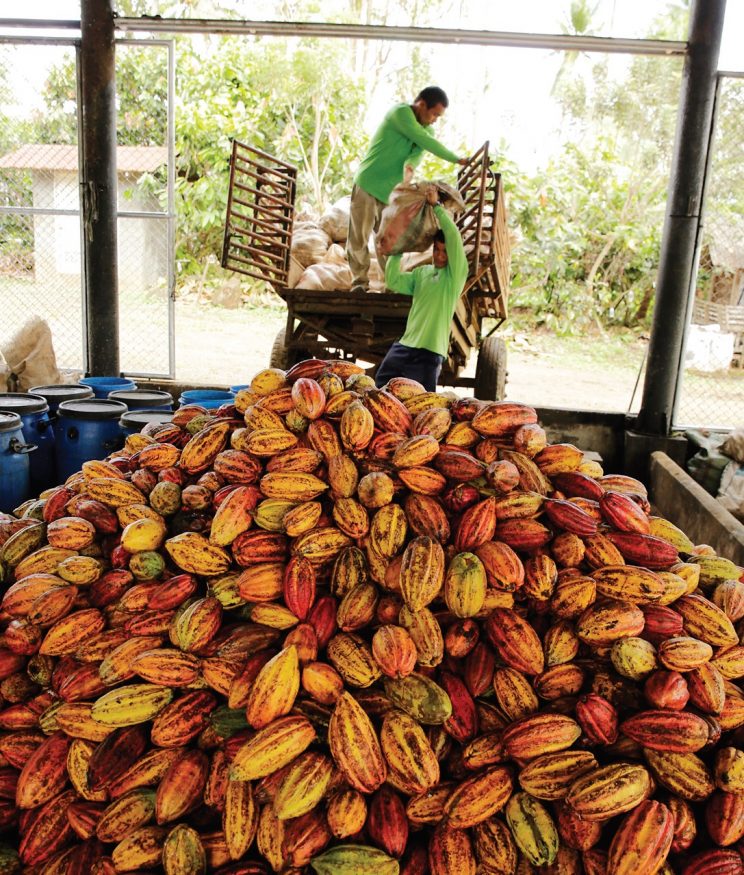 In addition to its own trees, Malagos sources beans from neighboring farms. (Photo by Neal Oshima)

Fermentation, for one, is an important step and is crucial in developing the nuances of resulting chocolate, and there are a thousand ways of fermenting a bean. Drying, sorting, and roasting are also important steps in ensuring the quality of the bean, especially in screening out bad beans or preventing mold from ruining a batch.

However, technique can only do so much; genetics, he said, is most important. “You need good genetic material to have good flavor,” he said.

“It’s a combination of everything, but it always starts with good beans. You cannot make good chocolate without good material, and good material is what we have in the Philippines.”

Direct seeding can save a lot for farmers