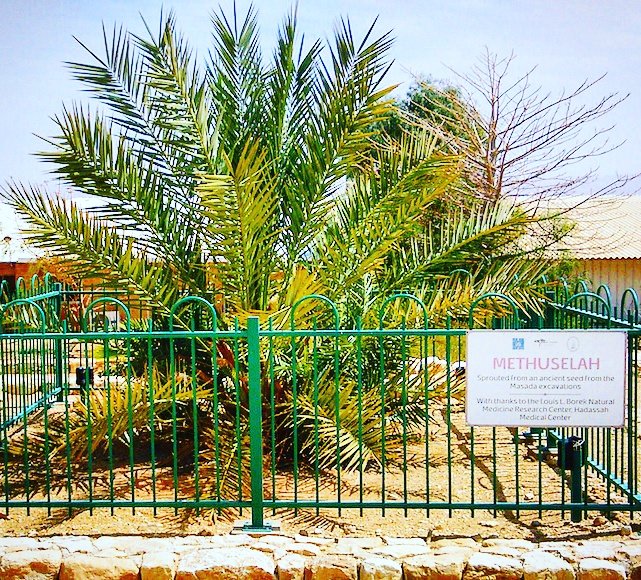 The Judean date palm (Phoenix dactylifera) is a date palm tree that flourished in Judea around 70 A.D, thousands of years before the Romans conquered Jerusalem.

The date tree is not only considered a staple food in the region, but its leaves also provided shelter and shade. The tree symbolizes fertility, and is also cherished by the people of Judea due to its medicinal properties.

Some Biblical events are also associated with the Judean date palm. According to the Old Testament, King David’s daughter Tamar was named after the Hebrew word for the tree, while in the New Testament, the leaves of the Judean date palm tree was laid at Jesus’ feet by his followers when he arrived in Jerusalem.

The relevance and centrality of the tree in the Judean economy were wiped out by the Romans, and the tree eventually became extinct by 500 A.D.

Someone apparently preserved Judean palm seeds in a clay jar before the tree completely disappeared. Archaeologists found the jar in the ruins of Herod the Great’s palace in the 1960s. Carbon dating revealed that the seeds were about 2000 years old.

Upon finding the seeds, an archeologist challenged a botanist to germinate them. The seeds were soaked in hot water, then in a solution of nutrients and enzymatic fertilizer. In January 2005, botanist Elaine Solowey planted the seeds and by March it had sprouted, becoming the oldest tree seed to germinate.