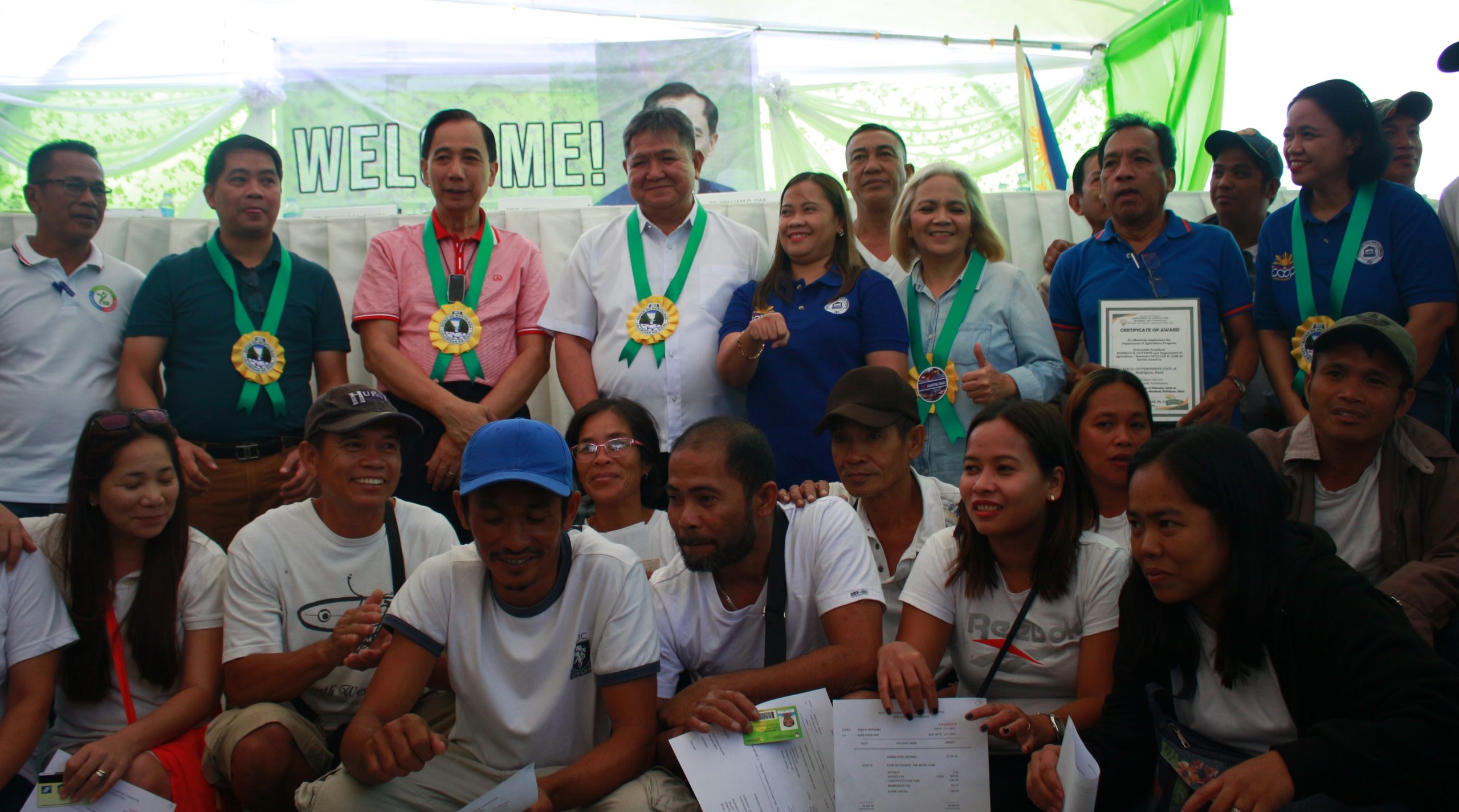 This is to further help affected raisers to recover by providing them with sustainable livelihood which they can grow and continue even after the threat of ASF in the country disappeared.

Secretary Dar emphasized that the strong coordination between the Provincial Government of Rizal and Municipal Government of Rodriguez, with the Department of Agriculture Region IV-CALABARZON under the leadership of Dir. de Mesa, was very essential to control and eliminate ASF in Rodriguez in just 30 days (August to September 2019).

As per record, there were 7,003 hogs culled due to ASF incident observing the 1-, 7-, 10-kilometer zones affecting a total of 711 hog raisers in six barangays of Rodriguez.

One of the initial interventions provided by the Department was indemnification which gives P5,000 to affected raisers for each of their surrendered pig to be humanely culled.

According to Dir. de Mesa, the distribution of interventions is all based on needs assessment and validation of affected raisers to ensure that the livelihood assistance received by them is the most suitable and sustainable.

Leonilo B. Esperanza, one of the first ASF-affected raisers in Brgy. Macabud, said, “When our pigs were collected by the DA-CALABARZON, we were given P5,000 for each pig that we surrendered. We used that money to buy some seeds and farm tools to start planting vegetables as our alternative livelihood. Now, the DA-CALABARZON gave us additional equipment such as grass cutter, shovel, hoe, and various seeds which we can plant. That’s why we are really grateful to DA-CALABARZON.”