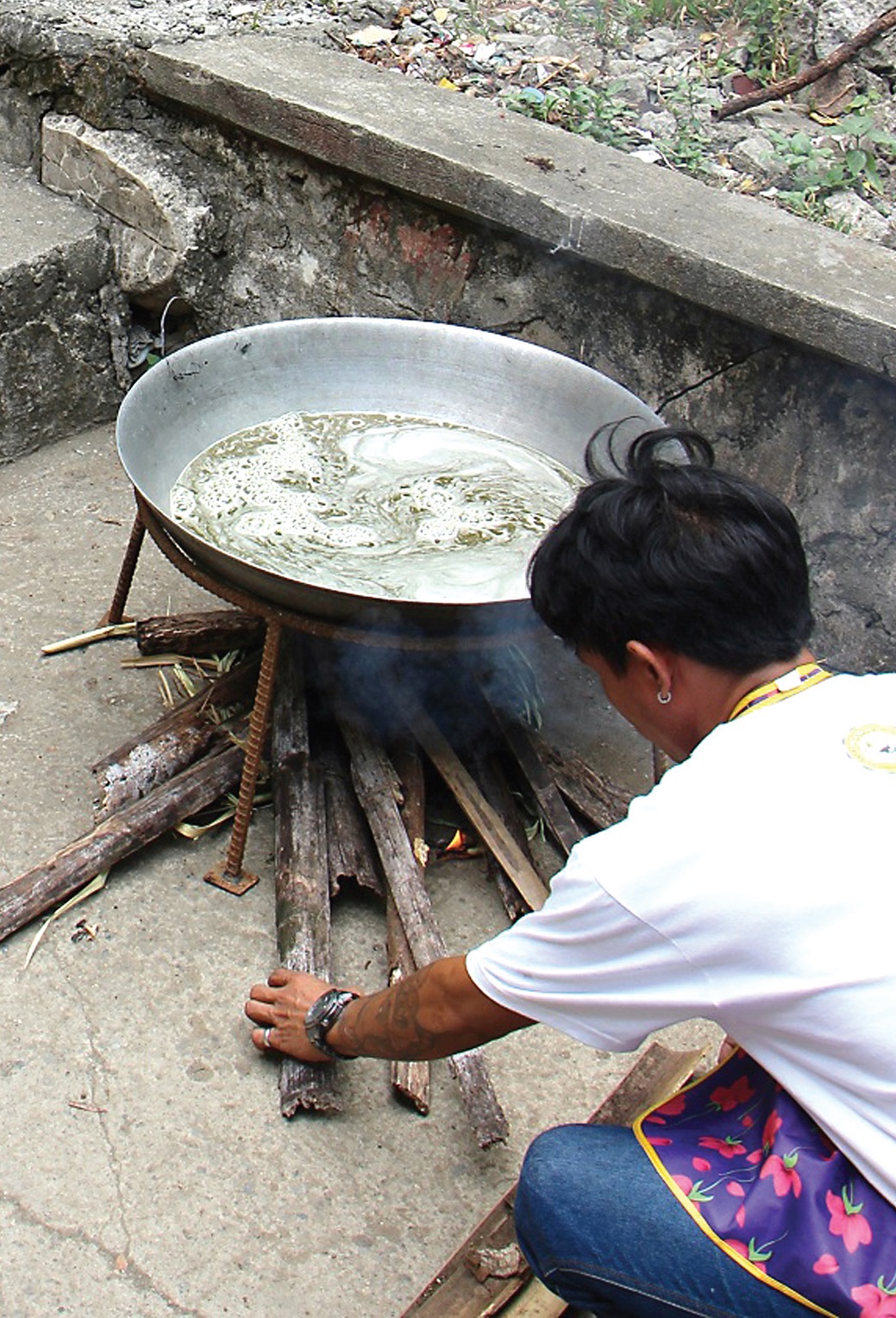 CPSU president Dr. Aladino C. Moraca explained that providing farmers with the right technology has become the CPSU’s objective in an effort to alleviate the exodus of farmers from the countryside to the urban areas of the country.

Moraca shared the technology during the Western Visayas Agriculture Aquatic and Natural Resources Research and Development (WESVAARRDEC) Farms and Industry Encounters through the Science and Technology Agenda (FIESTA) which was held at the Capiz State University in Roxas City recently. 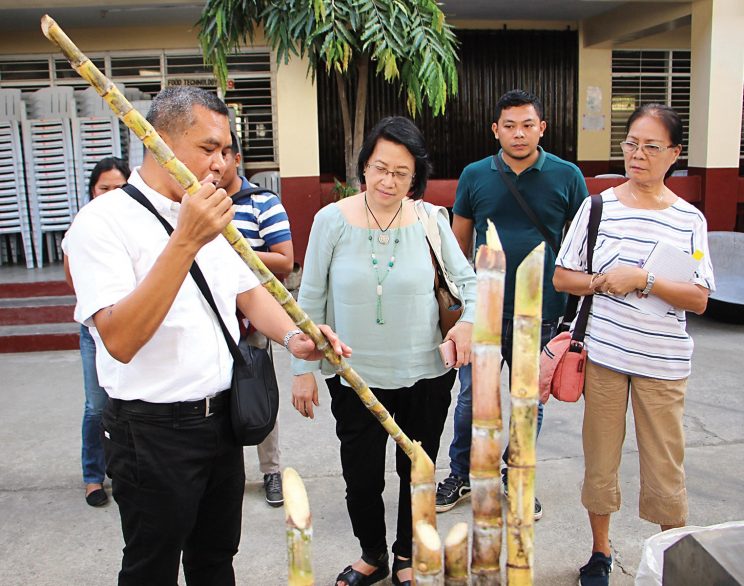 Moraca shares vital information on different sugarcane varieties, organic production, postharvest processing, as well as insights in relation to the technology to PCAARRD-ACD Director Marita A. Carlos (center) and other guests.

Muscovado has been known to be a type of partially-refined to unrefined sugar with a strong molasses content and flavor which contains higher levels of various minerals than processed white sugar, and is considered by some people, particularly health buffs, to be healthier.

Farmers coming from different areas of Panay Island, as well as members of the consortium, participated in the activity as Moraca demonstrated the preparation of muscovado sugar from extracting the juice from the sugarcane up to the finished product.

The presentation made by Moraca concurred well with the event, which aimed to showcase mature research and development technologies produced by the consortium member agencies in Western Visayas in the field of agriculture, aquatic, and natural resources (AANR) sector.

After all, the thrust of the CPSU includes, among others, the promotion of best practices in organic farming, and processing/development of organic food products, and the production of organic muscovado sugar. 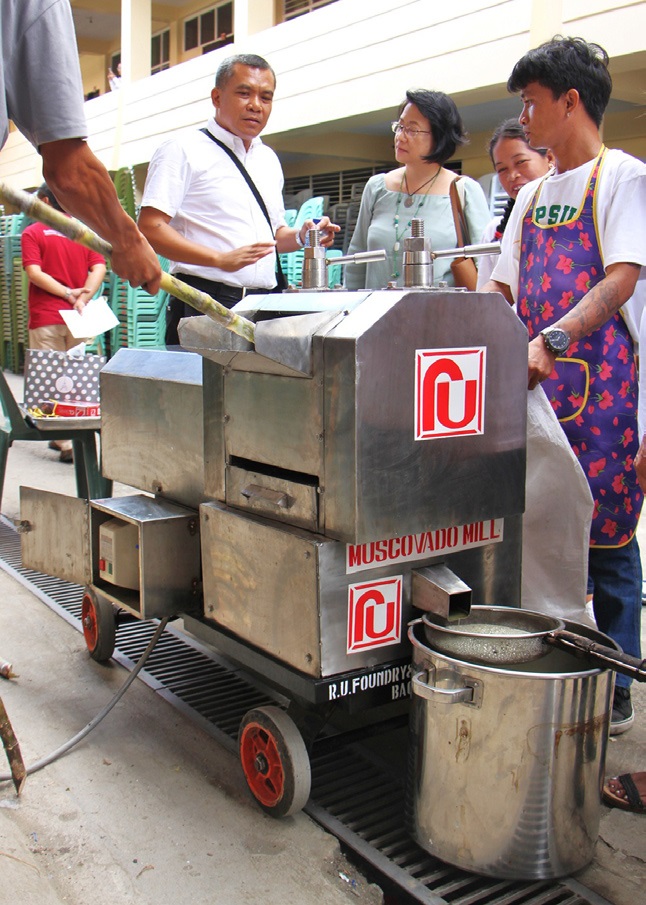 Moraca explains how a sugarcane stalk should be juiced by using the equipment manufactured by RUFMSC.

Adopting the theme “Iririmaw sa Pagtukib kag Pag-Uswag,” which means Convergence in Research and Development, this year’s FIESTA of the WESVAARRDEC showcased for the second time darag native chicken, mango, bamboo, green mussels, and muscovado sugar following the conduct of its first FIESTA in November 2017.

As a technology promotion and transfer platform, this year’s FIESTA featured different technologies on the said commodities through technology pitching and matching, techno fora, and technology demonstrations.

The Los Baños-based Philippine Council for Agriculture, Aquatic and Natural Resources Research and Development of the Department of Science and Technology (DOST-PCAARRD) initiated the FIESTA, an event-based concept to facilitate the flow of technology from the laboratory to the market.

FIESTA showcases regional AANR technologies, innovations, breakthroughs, and products to target audiences and stakeholders through a mix of communication and promotion strategies.

But the most vital objective of FIESTA is to effect the interaction among technology generators, adopters, and potential investors to enhance the transfer and commercialization of technologies.

This is in keeping with DOST-PCAARRD objective to make science work not only for the benefit of the country’s farmers, but also for its micro, small, and medium enterprises.

Importantly, sugarcane is among the commodities under the PCAARRD’s Industry Strategic S&T Plans (ISPs), which is the medium term strategic plan for the identified agriculture, aquatic, and natural resources (AANR) commodity industries.

The plan envisions for the AANR sector to largely contribute to the country’s achievement of its development goals of poverty reduction, food security, global competitiveness, and sustainability through the development of science-based solutions and innovations.

According to Moraca, the community-based and cost-effective production of the commodity at the CPSU Main Campus became possible through the technology shared by Bacolod City-based R.U. Foundry and Machine Shop Corporation (RUFMSC).

He says the CPSU also partnered with other sectors for the implementation of research projects on organic sugarcane production, processing of natural muscovado sugar, skills development and enhancement of out-of-school youth, students, farmers, and agrarian reform beneficiaries. 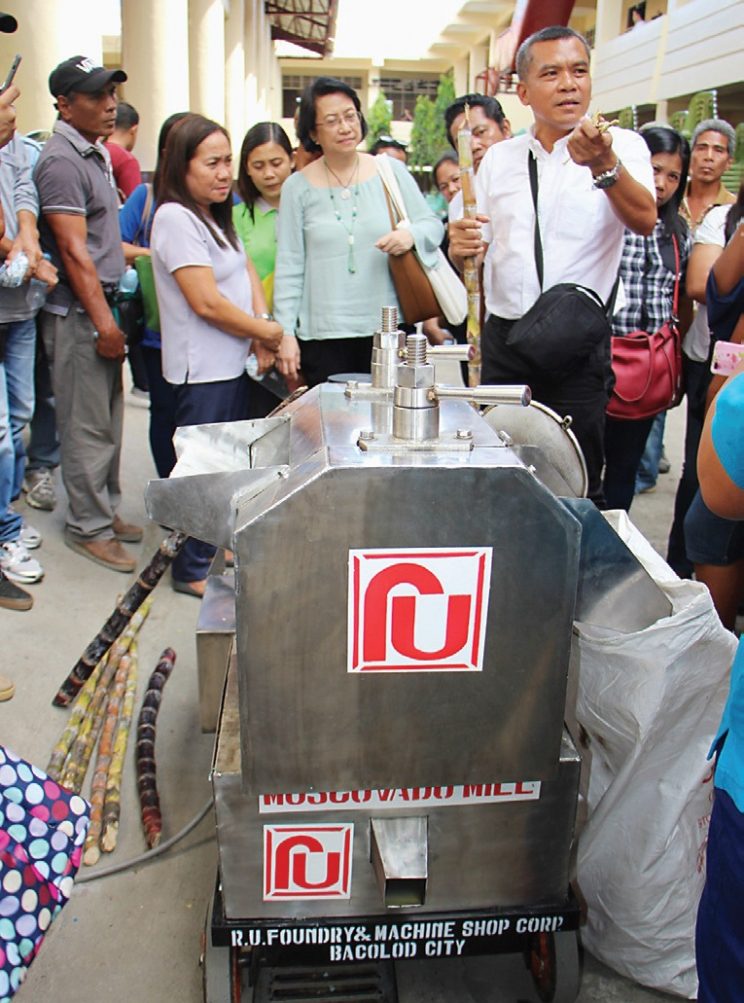 Aside from the production of mucovado sugar, Moraca says the CPSU also implemented the proper way of disposing the bagasse using a shredder machine.

Moraca says these can be achieved through hands-on training and coaching on appropriate and best farming practices, entrepreneurship development, research extension, and actual production.

It was learned that the production of organic muscovado sugar at the CPSU’s facility at its main campus in Barangay Camingawan, Kabankalan City, in Negros Occidental is now manned by students who were earlier trained utilizing the technology shared by RUFMSC.

Aside from the knowledge gained by the students, they can now earn a modest income to support their respective needs, Moraca pointed out.

Besides the production of muscovado sugar, the CPSU has also implemented the proper way of disposing the bagasse using a shredding machine.

Bagasse is the fibrous material which remains after the sugarcane stalks have been crushed to extract the juice, which can be used as alternative fuel for cooking when thoroughly dried.

Moraca says the CPSU’s muscovado sugar production is expected to hone the skills of the students, as well as provide an additional income for the small farmers and their respective families who are living around the main campus of the premier state university in Kabankalan City.

Meanwhile, among the technologies featured during the WESVAARRDEC FIESTA included the botanical dewormer for free-range darag native chicken production, supplemental feeds for native chicken, long-line mussel production, and good agricultural practices (GAP) in muscovado sugar, mango, and bamboo production, which need to be disseminated for adoption and commercialization.

At present, PCAARRD, together with its regional consortia, has already conducted at least 32 FIESTAs which include that of the WESVAARRDEC event.

For more information, visit the Philippine Council for Agriculture, Aquatic and Natural Resources Research and Development of the Department of Science and Technology (DOST-PCAARRD).