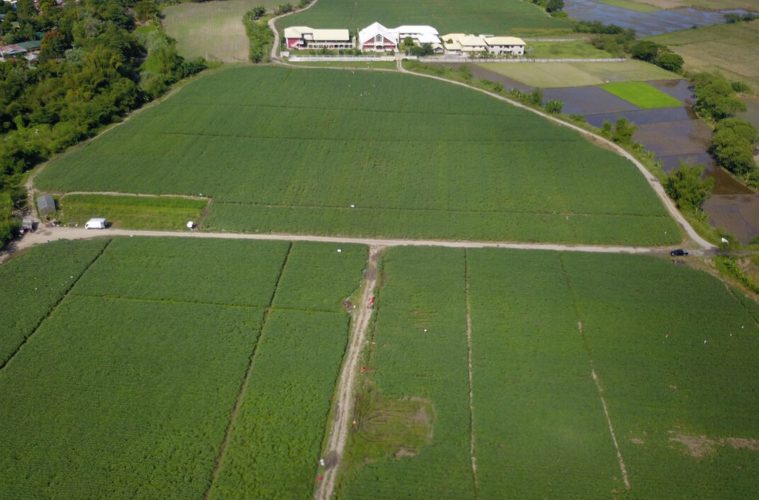 An overhead shot of Hi-Las’ okra plantations. Coinciding with their market, the company grows Japanese okra for export.

Okra (Abelmoschus esculentus), also known as “lady fingers” in English-speaking countries, is a herbaceous annual plant grown for its edible capsule-like seed pods with pointed tips that can grow up to 10 inches long.

It is enjoyed in the Philippines through a number of ways like inadobo, sauteed, fried, or steamed as is with a side of bagoong.

Much like the Philippines, other countries also enjoy munching on this vegetable. Japan, for example, also has various dishes where okra is a key ingredient. Due to this, the country imports okra to meet its demand. 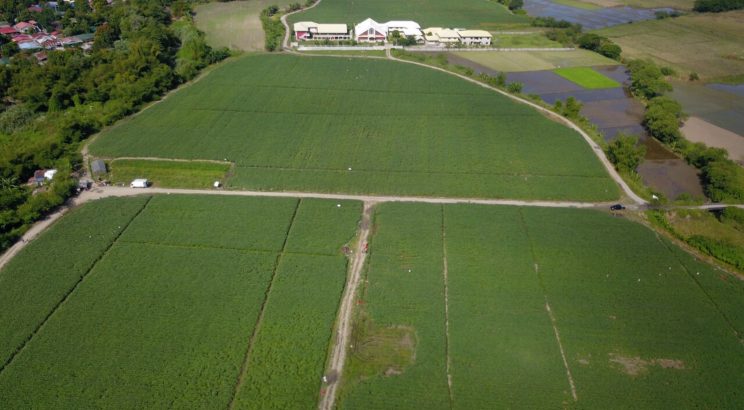 An overhead shot of Hi-Las’ okra plantations. Coinciding with their market, the company grows Japanese okra for export.

This circumstance opens the opportunities for farmers or companies to tap into Japanese market to supply their needs and earn a profit.

One such company that ventured into okra production and exportation is Hi-Las Marketing Corporation, a local agri-business company that specializes in fresh and processed produce. It has been exporting okra to Japan since 1983. Presently, it manages 160 hectares of okra plantations.

According to operations manager Roberto Angelo “Ram” O. Amores II, Hi-Las expanded to increase its diverse line of products while considering the benefit which can be introduced to farmers who are suffering from losses from planting rice and other unstable crops.

“The plantations are maintained by our contract growers and administrative farmers. These plantations are strictly monitored by our farm technicians and agriculturalists to make sure that the chemical and food safety standards of the importing country are met with no exceptions,” he said.

Hi-Las was founded in 1976 by Roberto “Bobby” C. Amores and it was through his interest towards the Philippine Super Mango that propelled the then local fruits and vegetables trader into one of the country’s highly diversified grower, exporter, and processor.

When the company started producing okra for export, it began with small contract growers and buyers. Amores II said that the business could not be described as easy because the industry was very fragmented and had no organization at the time.

In order to resolve this, Bobby formed an organization with other exporters known as the Philippine Okra Producers and Exporters Association (POPEA).

By the time Bobby took over, the industry became stronger and united in addressing issues regarding food safety and competitiveness, while instilling discipline among the farmers.

Contract farmers, farm managers, and in-house spray teams are present on the field to ensure that only the permitted and effective chemicals are being used on the plants.

After harvesting, the okras are loaded onto refrigerated vans to be brought to Hi-Las’ cold-chain packing facility in La Paz, Tarlac. The site is where harvested vegetables undergo the company’s rigid post-harvest preparation for export where all vegetables are meticulously sorted, cleaned, conditioned, and packed. 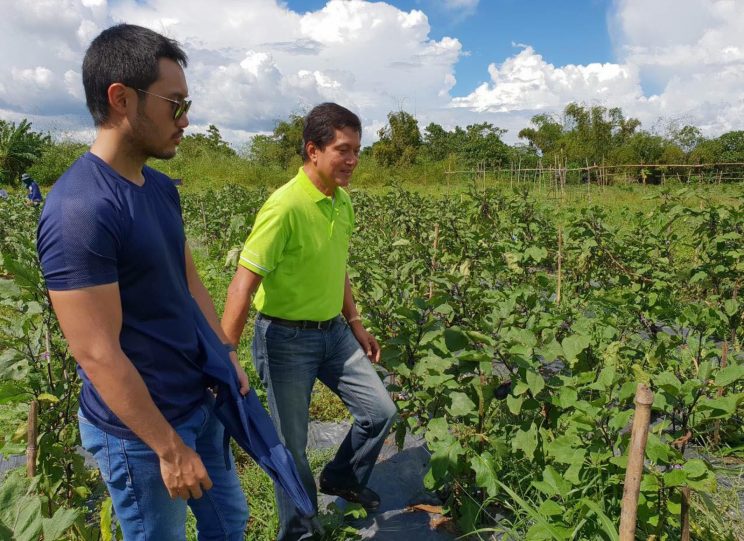 The harvested okra must adhere to the standard of the company’s Japanese customers in terms of size, appearance, and freshness—each okra must be free from mechanical damage as well as pests and diseases.

“Quality control is conducted by our in-house quality assurance officers who inspect each packing table during packing and conduct random sampling of cartons to ensure the consistency of quality of all okras being shipped out,” he added.

A majority of the harvested okra is sold to the Japanese market as well as to local hotels, restaurants, cafes, supermarkets, and retailers.

Hi-Las sources their okra from its duly accredited contract growers and its network of farms under company administration —all located in Tarlac.

“The company carefully selects and profiles its contract growers; they have to be accredited by attending the annual okra production seminar and spraying or chemical application seminar where the standards are set by the importing country,” Amores II said.

Failure to attend both seminars means no accreditation.

Aside from the required training, Amores II also said that Hi-Las advances their contract farmers’ working capital through cash and production inputs.

The company also gives out incentives to outstanding growers at the end of each planting season.

With the help of its contract growers, Hi-Las harvests around 3 million kilos of Japanese okra every eight months.

In order to cater to their Japanese market, the company strictly grows Japanese okra. Compared to its local counterpart, the Japanese okra is shorter, smoother, and is less sticky.

“We chose to grow Japanese okra because it is the accepted variety in the said market,” Amores II said.

Compared with the local variety, Japanese okra differs in shape, size, and color. Japanese okra has corners, is shorter in length, and is darker in color unlike its local counterpart, which is rounded, longer, and bright green. 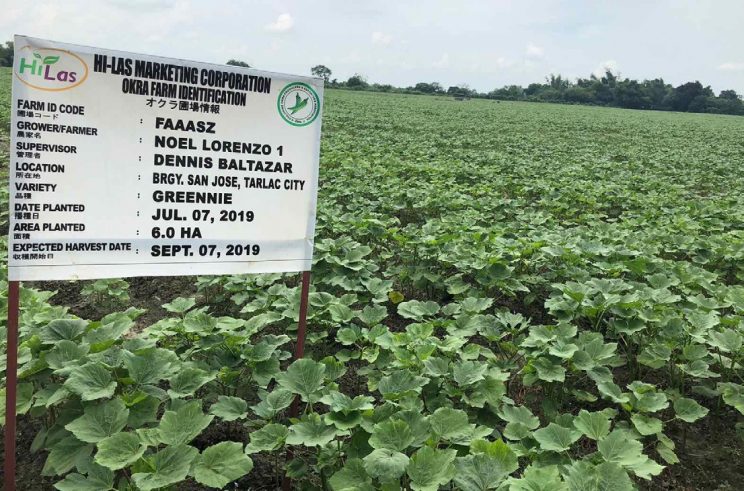 In addition to okra, Hi-Las has also engaged in pilot experimental planting of high-value crops such as sweet potato, eggplant, and taro to export to the Japanese market.

A pioneer in the fruit and vegetable industry

Other than producing quality export products, Hi-Las also dabbles in the production of fresh and processed food.

“The principal product of Hi-Las is fresh mango and its byproducts which are dried, frozen, pureed, and juiced; these products are then exported to nine other countries,” Amores II said.

Hi-Las has a customer-partner relationship with other businesses from Japan, Korea, United States of America, China, Netherlands, Germany, United Kingdom, and Hong Kong.

Other products from the company include dried pineapple and papaya, frozen mango, calamansi extract and juice, as well as fresh cut fruits for local convenience stores such as 7-11.

With more than 40 years of experience in the industry, Hi-Las has satisfied customer-partners in Japan, Korea, USA, China, Netherlands, Germany, United Kingdom, and Hong Kong.

The company is equipped with a fully-integrated food manufacturing facility for dried fruit and frozen products, as well as a vapor heat treatment facility for fresh mangoes. It is also Hazard Analysis and Critical Control Point, Good Manufacturing Practices, and Halal-certified by certification bodies such as TÜV SÜD and Kosher.

As a result of its successful business ventures, Hi-Las Marketing Corporation became a trusted brand for quality products both locally and globally. (Photos courtesy of Ram Amores II)