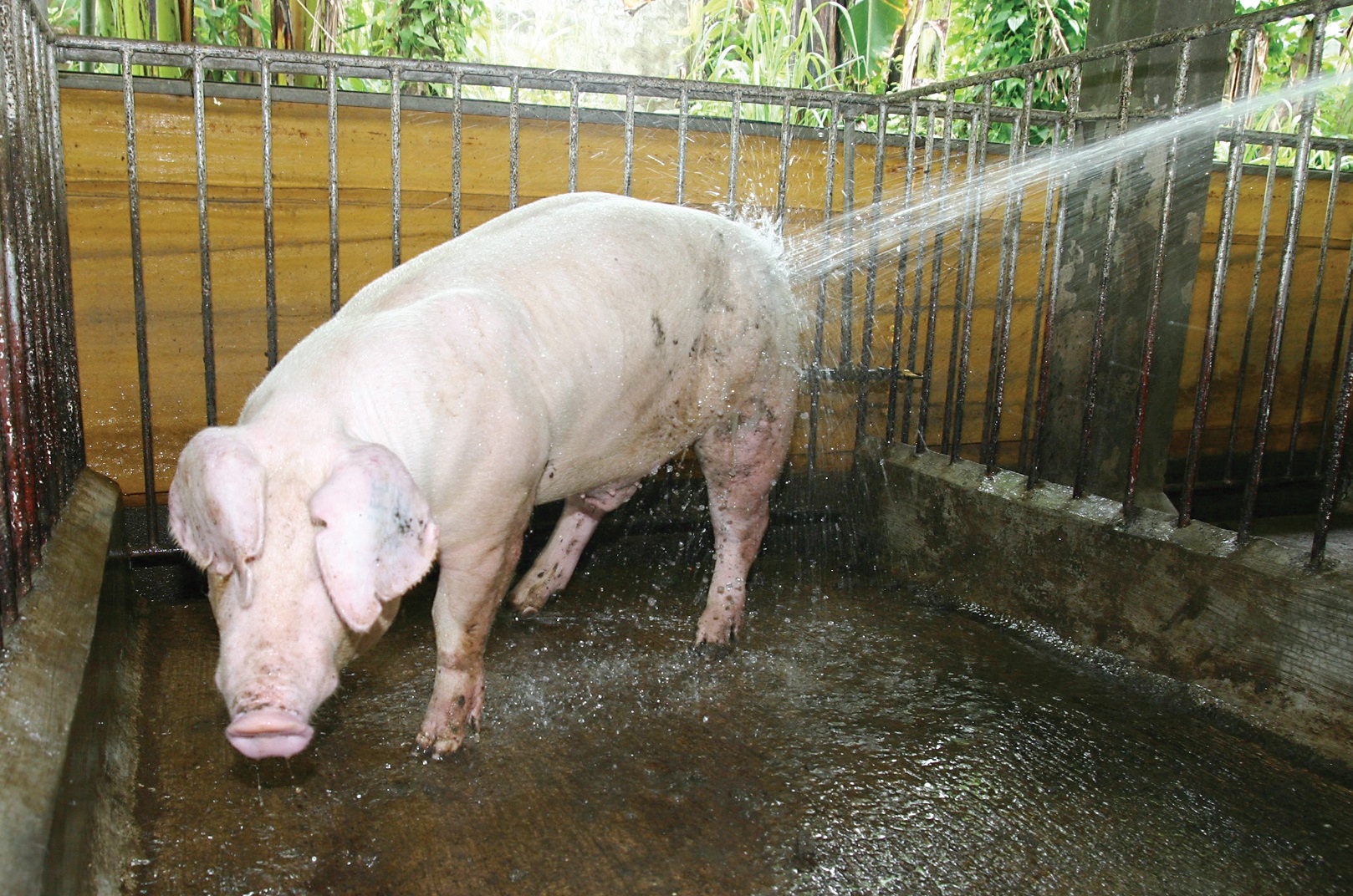 Katherine C. Merin, Technical Manager for Visayas and Mindanao Swine Business Unit, shared her expertise about swine diseases particularly about Ileitis, the fifth most common swine illness in the world that is also called the ‘silent enemy.’

Ileitis often attack piglets from six to 20 weeks of age. This disease is characterized by diarrhea and inflammation of the ileum (part of the small intestine) and colon.

There are actually three types of Ileitis: first is Porcine Hemorrhagic Enteropathy (PHE) or acute hemorrhage, caused by blood clots in the ileum, which leads to bloody diarrhea, weakness, depression, or even death. This type of Ileitis usually targets pigs in their finishing stage, or those who are about to be in the final stage of pork production. The second type is Porcine Intestinal Adenomatosis (PIA), or the thickening of mucous in the ileum, which results in pasty or watery diarrhea and poor growth rate in pigs. The third one is the Subclinical Ileitis, which does not have any signs at all. This might be caused by stress from weather, as well as moving pigs from one place to another.

Having pigs with this disease reduces feed utilization and increases medication cost and mortality rate. There are actually ways to prevent Ileitis from attacking your piglets. First, a piggery owner must ensure the cleanliness of his pens. Improved hygiene will lessen the chances of contracting the bacteria Lawsonia intracellularis, which cause Ileitis. Second, pigs must be given antibiotics. Preventing the disease in the first place would be more cost-effective. Antibiotics must be administered correctly to achieve optimum effect. Last is vaccination. Vaccination against Lawsonia is now being slowly introduced into the market and is the most recent remedy to avoid Ileitis.

Coconut oil may be a potential antiviral agent against COVID19