As Tom Holland undergoes home quarantine like most of the world, the 23-year-old actor has posted on his Instagram stories about having no eggs in the supermarkets.

He said in the footage, “With everything going on, the supermarkets are all empty. There are no eggs. We had no eggs,”

So to solve the problem, he said, “We would become the source of eggs.” They bought chickens to produce eggs instead! 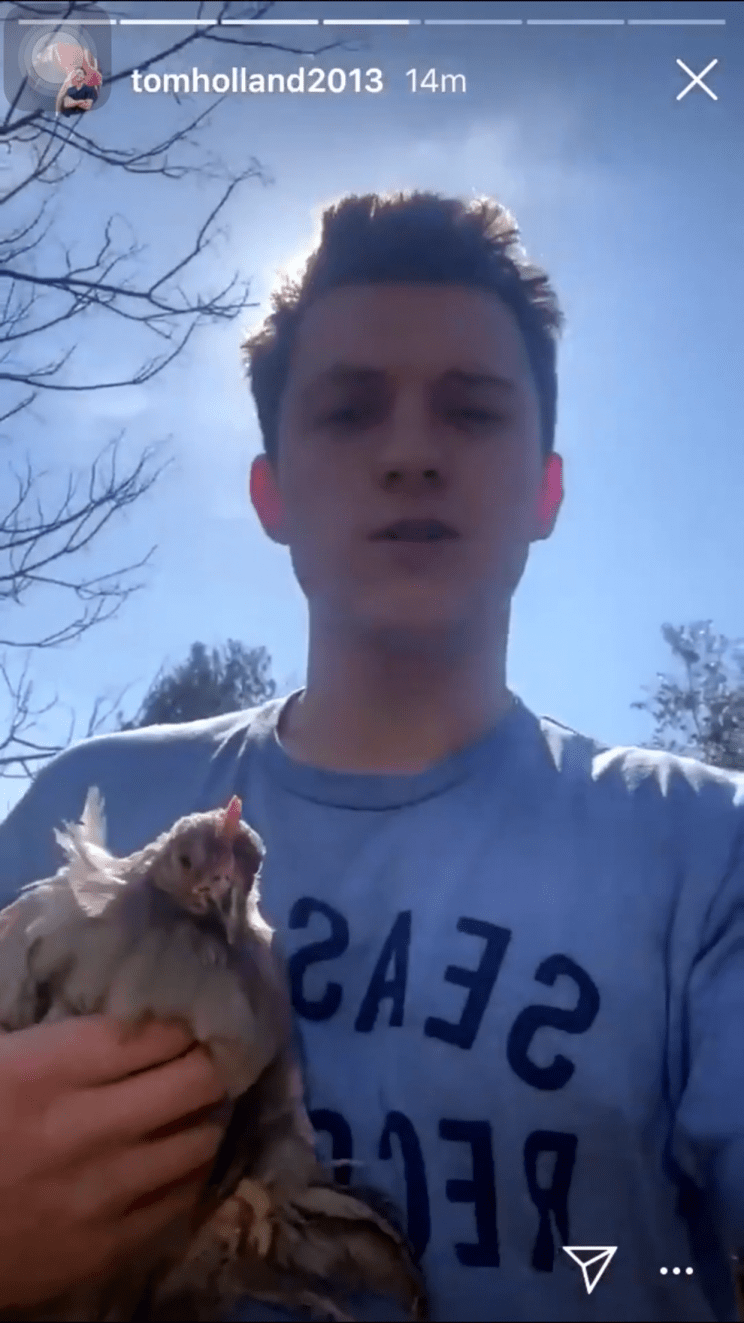 Tom Holland holds Predator the chicken in a social media post from March 22.

He also uploaded a story introducing the new members of the family: ‘Chestnut Ranger’ and ‘Predator’.

Now that Hollands have two chickens, they can now have their own supply of eggs at home.

Apparently, not even Spider-man and his friends can escape the need for food security.

From specialty produce to table vegetables