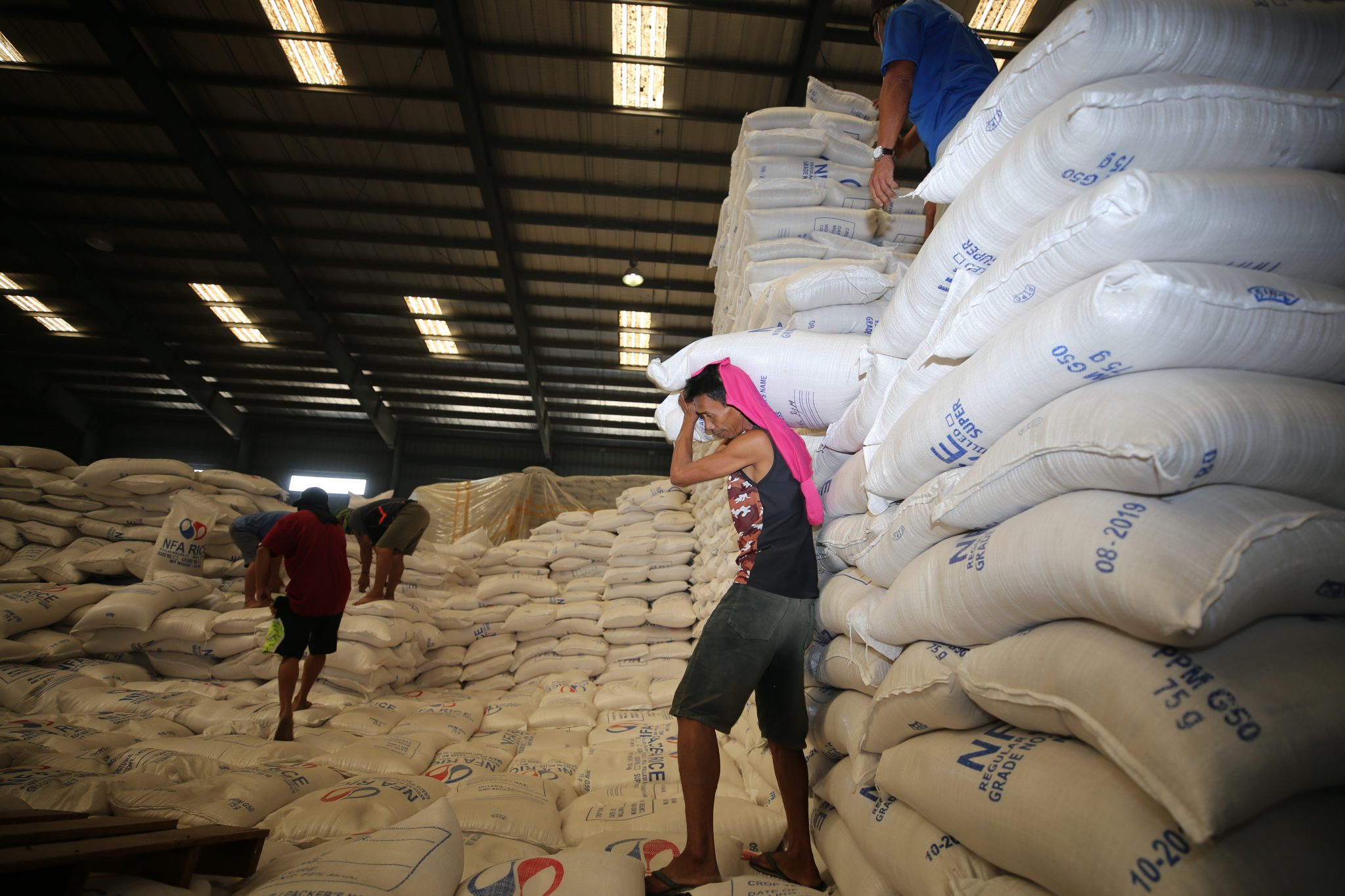 The Department of Agriculture through the National Food Authority (NFA) has prepositioned rice stocks for the requirements of Metro Manila, ensuring sufficient supply during the enhanced community quarantine (ECQ) period due to COVID-19.

He said the country has a total rice inventory of 2.661 million MT, inclusive of commercial, household and government stocks, equivalent to 75 days’ requirement.

According to Administrator Judy Carol Dansal, the NFA has a current inventory of 9.636 million bags or 481,800 MT, equivalent to 14 days’ requirement of the country. Stocks include those bought from farmers during the last quarter of 2019.

Dansal further explained that  NFA continues to buy palay from farmers for buffer stocking. For January and February 2020, it has bought a total of 1,734,230 bags or 86,711 MT from individual farmers, cooperatives and associations. For the entire year, it targets to buy 15.44 million bags, using its regular P7-billion budget.

The NFA rice is sold at P25 per kilogram to accredited retailers, institutions, LGUs and government agencies.

“Currently, our priority is to serve the Department of Social Welfare and Development (DSWD) and the LGUs so they could include in food packs for their respective distribution,” Secretary Dar said.

“In all, we have enough food for the next two months and we are enhancing other measures to ensure food security until the end of the year.”

The Secretary added  that a strong cooperation of all provincial governors, city and municipal mayors, and barangay leaders is needed in ensuring the unhampered movement of agricultural products and farm and fishery inputs, and exempting farmers, fishers, and workers in the entire food value chain and logistics from curfew.

“We encourage our farmers and fishers to continue their farming and fishing activities, while observing social distancing measures, and remaining healthy and physically fit,” he said.

He also urged them to report any problems regarding their free movement and transport of products to the markets, so these could be immediately addressed by concerned LGUs, the PNP and AFP, who man the ECQ checkpoints.

A guide to food lane accreditation procedure for agricultural businesses