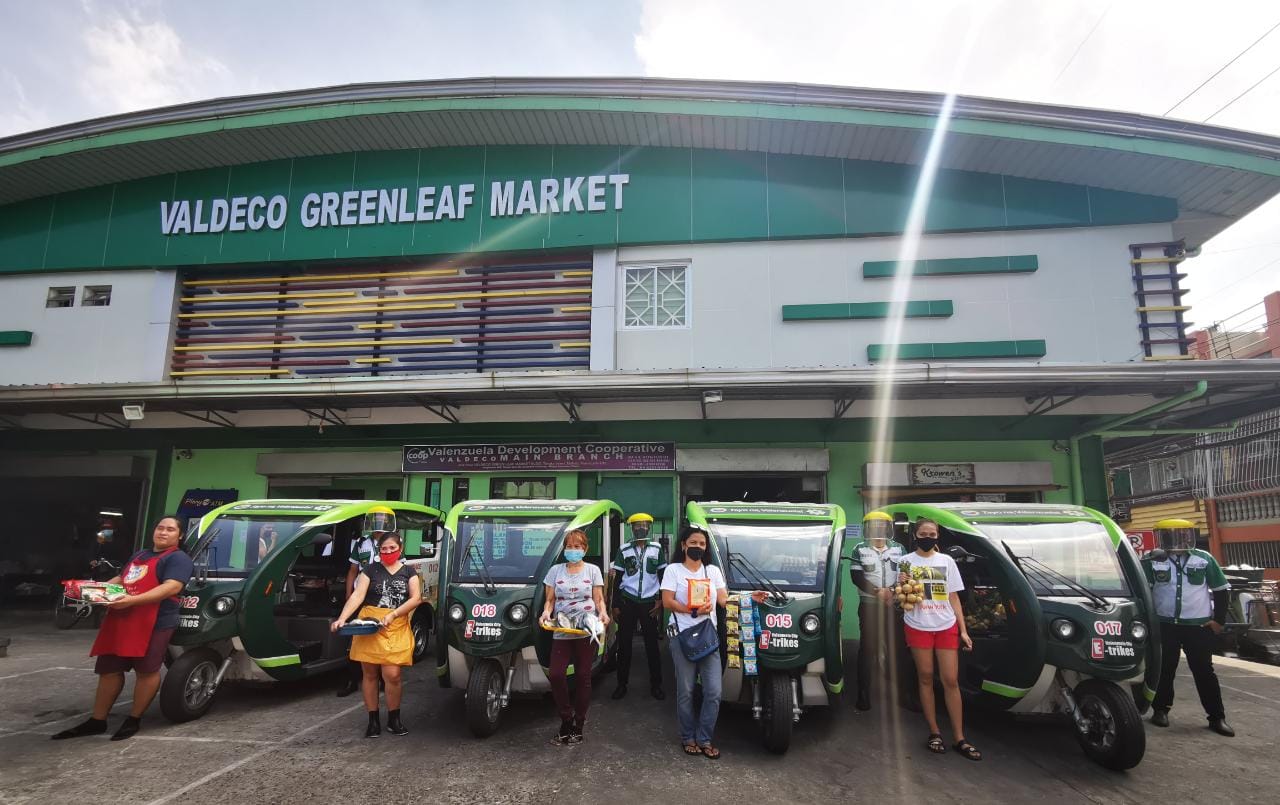 After Pasig City has launched its mobile palengke with the aim to encourage social distancing protocol by reducing crowds in the city’s markets amid the COVID-19 threat, Valenzuela’s local government unit has been inspired to implement the same program to make markets accessible and nearer for their residents.

But instead of jeepneys and trucks, Valenzuela opted to use e-trikes for their version of ‘market on wheels’ to be able to enter and pass through narrow roads in the city. Valenzuela’s market on wheels will start roving on March 29, Sunday from 7 am to 10 am in Barangays Ricon and Mapulang Lupa. They have different e-trikes designated for vegetables and fruits, seafood, meat and chicken, as well as grocery items. 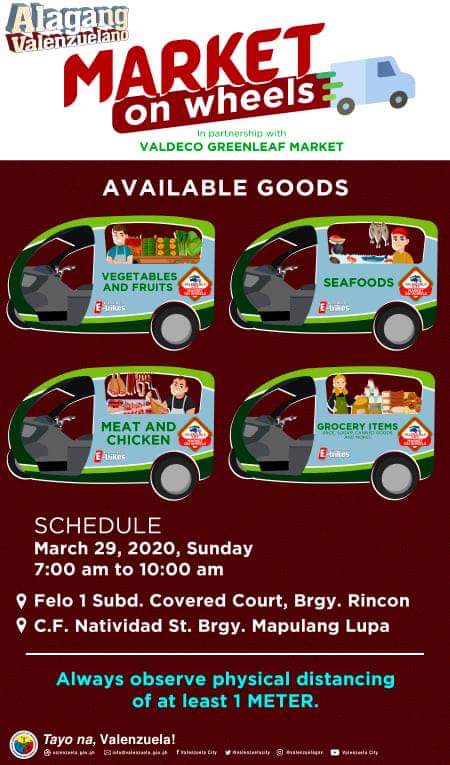 Schedule of Valenzuela City’s Market on wheels for March 29, 2020, Sunday.

Rex Gatchalian, Mayor of Valenzuela City, thanked Pasig City Mayor Vico Sotto in his tweet, adding that they tweaked the concept a little to adjust to the city’s narrow roads. Gatchalian added that “but the overall concept is the same…thanks for your concept!!!.” 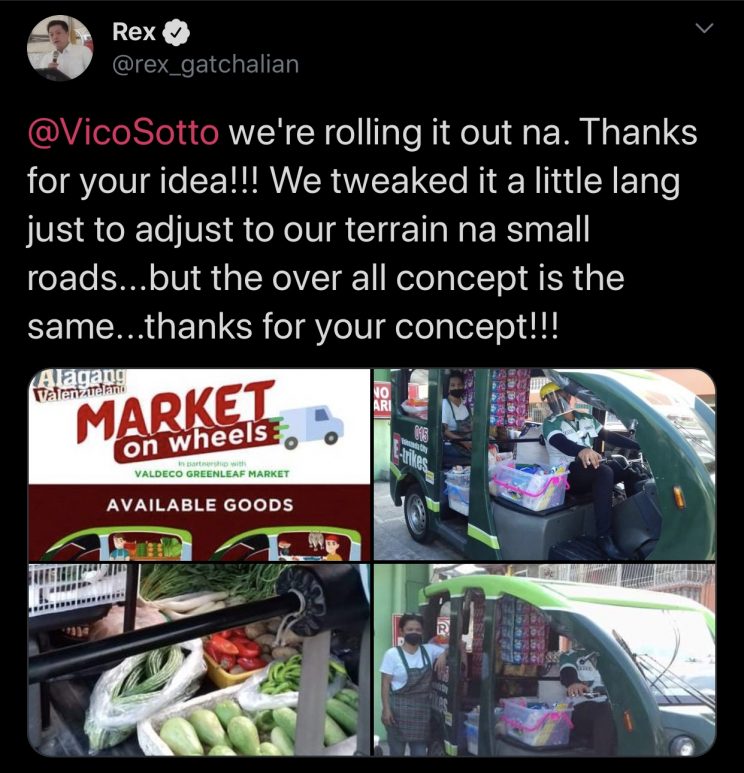 Rex Gatchalian thanks Vico Sotto for the market on wheels concept.

Pasig Mayor Vico Sotto then replied, “I will show the team who designed ours.. it will be a big morale booster for them!! We continue to copy a number of your best practices as well,” and that they also learned from Valenzuela, specifically on their distribution of goods. 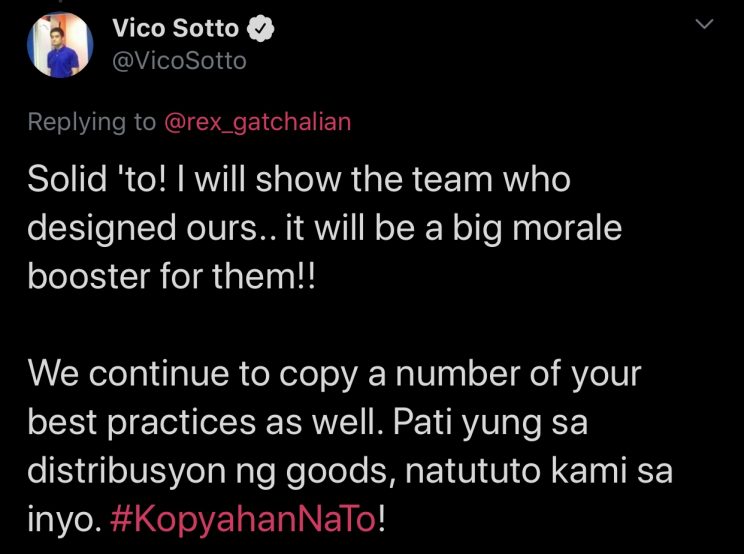 Vico Sotto replied to Gathalian’s tweet with the hashtag ‘#KopyahanNaTo!’