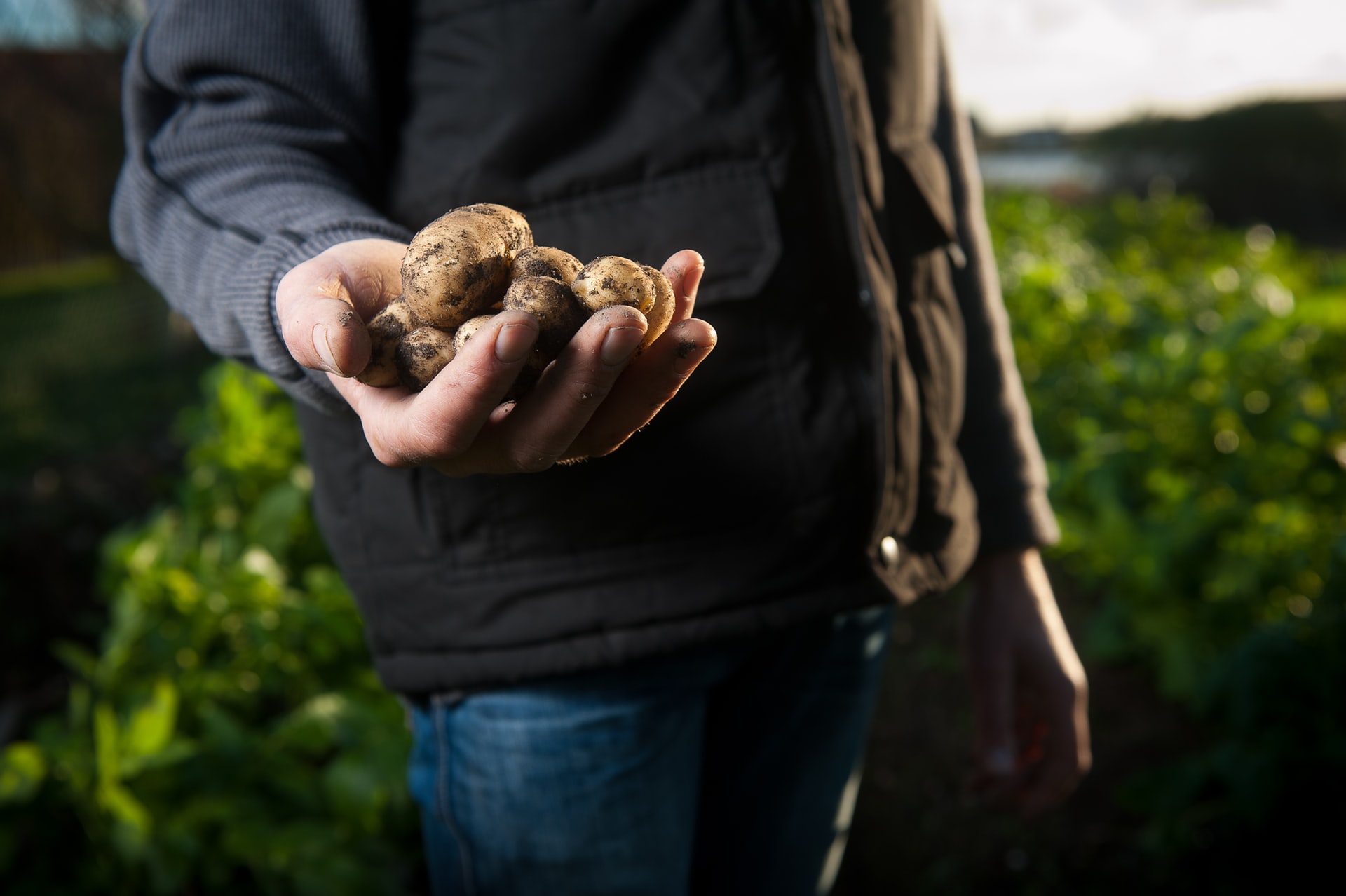 The COVID-19 crisis has not just affected people, it’s affecting our country’s food security as well.

Due to many factors that include the temporary suspension of mass transportation, the closure of some trading posts (aka bagsakan), and the tightening of borders in a bid to enforce the necessary social distancing required to halt the spread of the virus, many farmers have had difficulty taking their produce to market.

This does not bode well, not just for the farmers involved, but for the food security of the country as a whole.

“There is a ‘looming food insecurity’ which will lead to food crisis unless realistic and sustainable measures are taken as quick as possible to protect the vulnerable,” says Chef Jam Melchor, founder of Philippine Culinary Heritage Movement and Country Head of Slow Food Youth Network Philippines. “Keeping the country’s food supply chain alive and making sure that all of the pandemic’s impacts across the food system are being addressed.”

Many efforts from the DA

The Department of Agriculture (DA) is doing its best to ensure that both farmers and consumers have access to markets and fresh food respectively. It has put out guidelines for protocol during Enhanced Community Quarantine, launched roving markets that sell farmers’ produce in communities, and offered online lessons in farming.

Many LGUs have also been distributing seeds for residents to plant in their backyards and buying produce from local farmers to include in their relief goods.

What some farmers are facing

Still, many farmers are in need of help. Melchor cites two scenarios:

First is the issue of oversupply.

“From my POV (point of view), oversupply of vegetables has been a vicious cycle in this country. This is avoidable if only farmers will seek government’s support ahead of time and not right after harvesting their produce. The government, particularly the LGU (Local Government Unit), should monitor the movements of their farmers.

“Monitoring and coordination (should include) imposing fines on those who will dispose of edible produce, but they should teach them also how to add value to their produce.

“Poor management in the food and agri industry will leave a chain reaction of adverse effects. Research and food education is very much important.

Another is the current food pas scenario, where there have been instances of farmers having a hard time transporting goods across checkpoints despite having food passes and other proper documentation.

“Efficient internal and external coordination between government offices should be made regarding distribution and authentication of issued food pass for basic food and agri products,” Melchor says. “Delivery of basic goods such as perishable produce shouldn’t be unhampered, as declared by the national government.”

Hope for an improved agriculture system

When asked what he thinks the government might be able to do to help local farmers, Melchor replied:

“Imposing all LGUs to buy from farmers. Buying from them ensures a stable income for Filipino farmers and receive a constant demand for their products with reasonable prices,”

“(The) creation of food maps and (the) establishment (of) food banks.

“it will be easier for all of us to determine source of food when we have a reliable database via food maps. Food banks with efficient supply chain management capabilities and a strong network of partners can supplement government programs to efficiently deliver food to the most needy and unreached which is essential to a disaster prone country like ours.”

He adds that, “Both the private and public sector should think and invest in new ways in order to enhance or invigorate the local food and agri industry. Maybe consider making mobile palengke or food trucks permanent and institutionalise it, as this will become an additional outlet for our farmer’s produce. Its time to uplift the ‘kariton culture.’

“By setting up more outlets for farmers that will help them transport and sell their produce to consumers, this will cut the bureaucracy involved, thus easier access of food for everyone and easier for farmers to earn income.”

But it isn’t just up to the government. All Filipinos can and should patronise local farmers. The Philippines is an agricultural country with land that’s great for farming all kinds of crops. One doesn’t need a field to support a farmer; they can do so with their forks and wallets.

“Buy local agricultural products instead of the imported ones,” Melchor says. “Supporting our local farmers by buying directly from them will strengthen our local agri industry instead of relying on imports for our staple.”

Aside from being local, people can use social media to show support for local farmers. As Melchor says, “We have to continuously buy and support local. Share and amplify information about each farm, commodity, or produce.”

The COVID-19 crisis has highlighted something that people engaged in agriculture have known for a long time already: our nation’s food security is reliant on the Filipino people’s support of Filipino farmers.