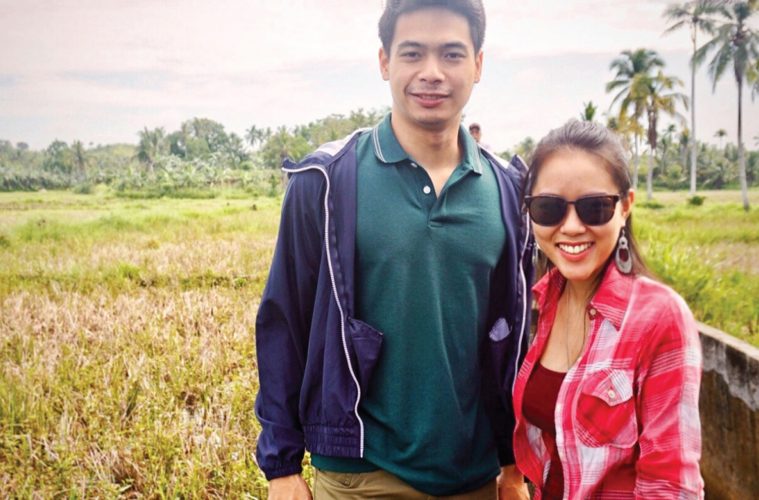 Farm-To-Folk is a social enterprise that aims to educate and empower local farmers. Adrienne Tan, and her partner, Carl Lee, the people behind Farm-to-Folk, believe that the Philippines has a really good potential for agricultural growth, and they want farmers to know that.

Tan is a vegetarian, the principle in which her advocacy rooted. She hopes to provide affordable healthy alternatives to the modern Filipino diet, which can be quite unhealthy. She firmly believes that “what we feed our bodies becomes us.” Tan also said the love for food that she and her partner share helped in establishing their business. It was after a surfing session in Quezon that they saw a farmland near the beach, which sparked their interest to invest in farming, even if both of them did not have backgrounds in agriculture. Raised in Mindanao, Tan was exposed to farming communities. She had ideas about the grassroot problems of farmers, which they try to help resolve in Farm-to-Folk.

Both Tan and Lee took a risk and quit their corporate jobs to pursue a livelihood in agriculture. Their educational background in Industrial Engineering helped them in managing and strategizing the business and its logistics. Tan admitted that it wasn’t easy, especially because they had to learn everything from scratch. They spent about two months researching. It was in August 2018 when they finally launched Farm-to-Folk with the help of their family and friends. 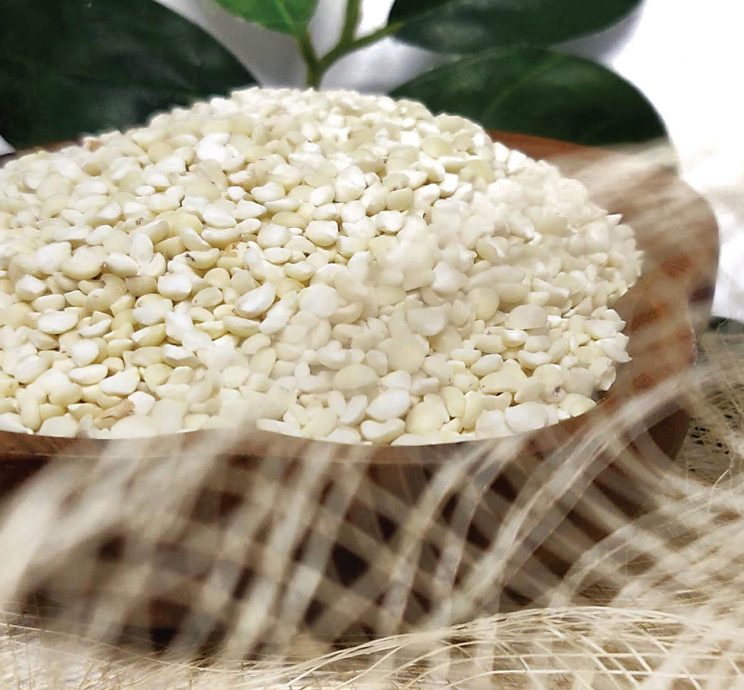 Farm-to-Folk has four different product lines which consist of grains, fruit and vegetable powders, coconut, and cacao. They get their cacao mostly from farms in Visayas and Mindanao regions. Their grains are mostly grown in Luzon. They also reach out to farmers in Kalinga, where they cultivate red rice, particularly Ulikan, where it is endemic to the area. At first, most of the farmers that grow produce for Farm-to-Folk didn’t know that their lands had potential. Tan and Lee scouted barren lands and grew a farm from there by educating the owners on how to plant.

Tan talks about about how they grow their own adlai grains and that they are the home of ‘brown adlai.’ She said that they only plant adlai in small batches to ensure its quality. but they are planting five times more since they started. It was through direct contact and experimentation with the farmers that ‘Brown Adlai’ was born. Farm-to-Folk and its farmers discovered a certain way of processing adlai with special machinery that retains more nutritional contents.

Farm-to-Folk’s Organic Brown Adlai contains a high food energy content and also has more calcium and magnesium. It helps the body maintain normal muscle and nerve function, heart rhythm, healthy immune system, and a set of strong bones. Brown adlai has a nutty taste and contains higher dietary fiber than the white variety, which is good for digestion and gut health.

A kilogram of brown adlai costs P350 and P670 for two kilograms, both sold in vacuum-sealed packaging to ensure freshness and longer shelf life.

Tan also added that they make sure that everything is grown organically, and if possible, minimally-processed to embody the company’s tagline, “Cultivating home-grown food goodness!”

“At first, we made it ‘Farm-to-Folk’ because we want to raise awareness (about eating healthily) and to create a demand (for healthy alternatives) for Filipino folks,” said Tan. Today, Farm-to-Folk keeps going because of their success in achieving their objectives. People are sending feedback about how Farm-to-Folk’s products have made them switch to having a healthier lifestyle. Having their products sell out fast is also a check on their objective list. Increasing demand of the products they offer would mean more livelihood for farmers. 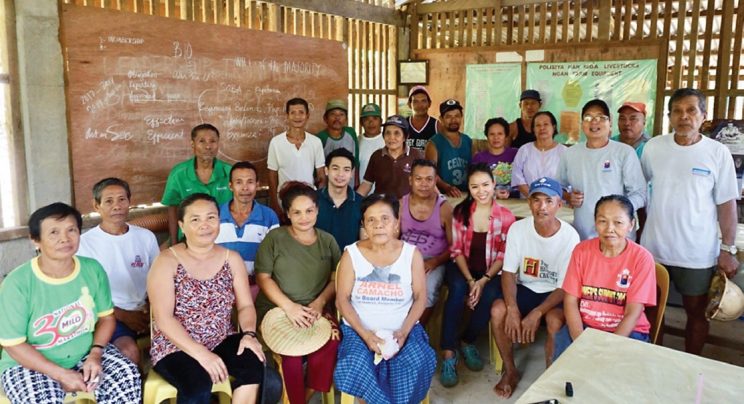 Some of the farmers that grow for Farm-to-Folk.

Farm-to-Folk products are available in some zero-waste stores around the Metro. Tan encourages people to buy in bulk to lessen plastic consumption. They are also looking for plastic alternative packaging, but this is not yet possible due to their vacuum seals. “People and planet first before profit,” said Tan.

Farm-to-Folk encourages the youth to support local products and local farmers. Tan said that it is important for people, especially the youth, to be aware of what people need, in that way , they can gain a new perspective. That’s how Tan ended up helping farmers–because of the farming landscape where she came from. “That’s why I also advocate the youth to expand their knowledge and experience, that’s how you can make your mark. From there, it urges you to create action plans,” said Tan.

She thinks that the youth has the creativity to start a better movement and that it can change society more than politics. (Photos courtesy of Farm-to-Folk)