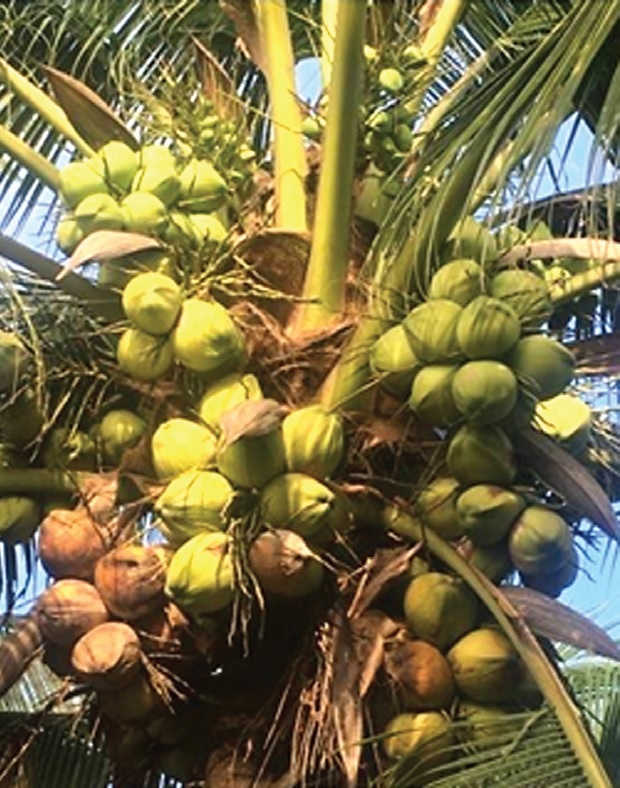 The breeding of plants for higher and/or better quality yield, resistance to pests and diseases, and other desirable characteristics is a major activity in agriculture.

Plants with outstanding genetic materials developed through this process are released as varieties or clones. New varieties also come through the collection and evaluation of promising varieties within the country and other countries. 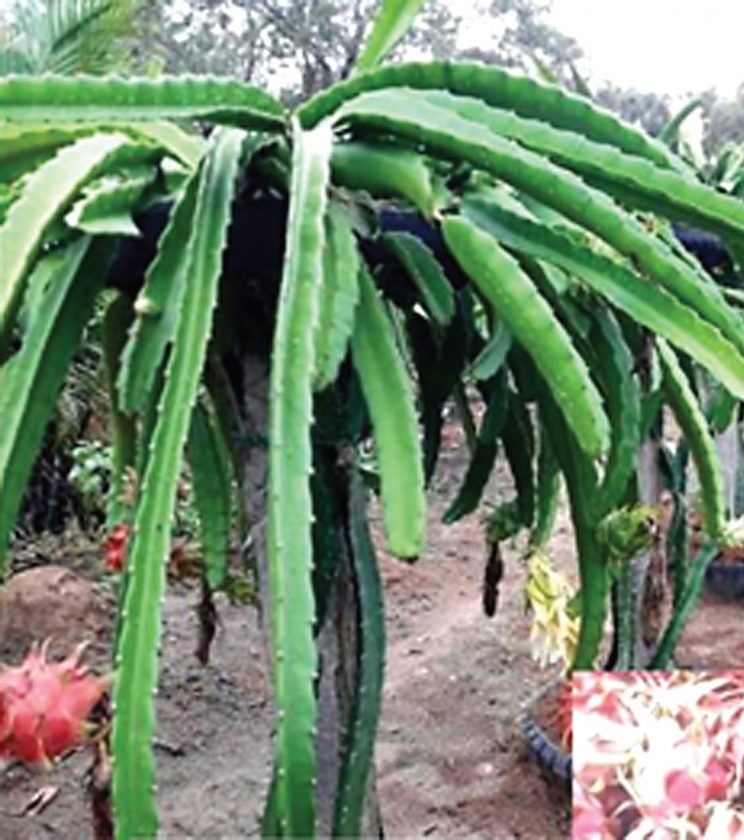 Some successful technology transfers from other countries to the Philippines include those in rubber, durian, Nam Doc Mai (NDM) mango, and dragon fruit.

The process of collection and evaluation short cuts the identification of superior plant varieties for commercialization. An example of this is the emergence of increasing superior varieties of durian in Malaysia. Years back, D24 durian variety collected from the jungle of that country was considered the best variety. Later, Musang King or D197 was discovered in a farmer’s field and was considered the best. Emerging today is what many farmers considered the current best, the Black Thorn durian variety, or D200, discovered from a farmer’s collection.

Successful technology transfer from the Philippines

Unsuccessful technology transfer from the Philippines

Several technology transfers from the Philippines did not succeed in neighboring countries. An example is the Cavendish banana. In the 1990s, many investors in Malaysia brought planting materials and the production components of Cavendish from Mindanao to Malaysia, Thailand, and Indonesia. In the case of Malaysia, the investors also hired banana experts from Mindanao to carry out Cavendish commercialization in that country. The technology transfer ends unsuccessfully as Malaysia, Thailand, and Indonesia are found less suitable for the commercial Cavendish banana production.

Successful technology transfer to the Philippines

There are many varietal technologies which were successfully transferred from neighboring countries like Malaysia, Thailand, Indonesia, and Vietnam to the Philippines. Among the earliest transfers include rubber clones and rambutan varieties from Malaysia and Indonesia. These were followed by the successful transfer of various varieties of durian, duku, longkong, latexless jackfruit, dragon fruit, some varieties of pummelo, and Nam doc mai (NDM) mango. 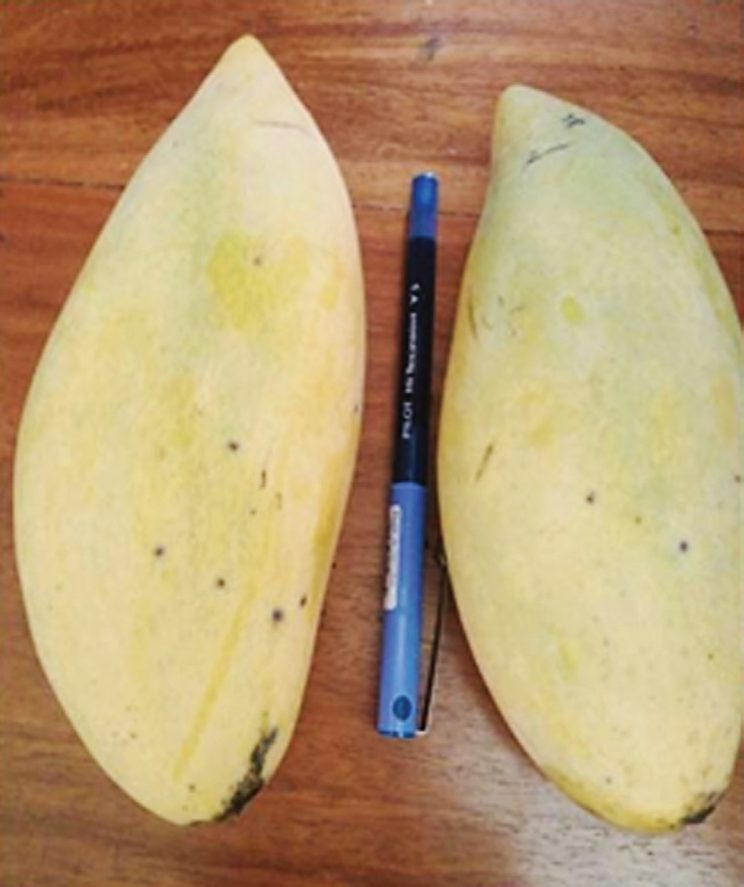 Some successful technology transfers from other countries to the Philippines include those in rubber, durian, Nam Doc Mai (NDM) mango, and dragon fruit.

Field evaluations of NDM in Mindanao shows that this variety produces sweet or sweeter fruits than in Thailand, but lacking the peculiar acid taste. Grown side by side with the Philippine Carabao mango, NDM is more productive and requires only two to three spraying of pesticides in a situation where the Carabao mango would require six or more sprayings per fruiting season for a successful fruit production. NDM trees produce fruits two to three times per year of commercial quality and quantity as compared to once a year for Carabao mango.

Unsuccessful technology transfer to the Philippines

This is because the plants of the sweet tamarind varieties were cultured similar to the culture of the local sour tamarind in the Philippines – that is “left to the care of nature” and not with the intensive and unique culture in Thailand. Consequently, the quality of the sweet tamarind produced in the Philippines was far inferior to that produced in Thailand.

Other unsuccessful technology transfers short of commercialization include various varieties of pummelo from Thailand, the seedless guava from Malaysia, and many others.

What happened in sweet tamarind also occurred with Nam Hom or the sweet aromatic coconut (SAC) of Thailand some years back. There are many introductions of SAC in the country since over 20 years ago, either directly from Thailand or through Malaysia, where some farmers in that country successfully commercialized this coconut variety.

Most, if not all, of these planting materials brought in to the country were grown side by side with the local coconut varieties. For years, there was no commercialization except one on a limited scale at the Spencer Coconut Estate in Lanao del Sur. The late Mr. Spencer is an American citizen who farmed hundreds of hectares of coconut trees and cassava for flour under the US-Philippine Parity Right.

According to an insider of the Estate, the late Mr. Spencer has a friend in Thailand who, in one of his visit to that country, gifted him of several seedlings of SAC with the condition that he just utilize this for his farm and not to be shared with other farmers. Discovering the potential of this crop, the farm workers of Spencer Estate organized a cooperative and commercialized in a small scale by expanding the planting of SAC in the production of sweet aromatic young nuts.

The young nuts produced are sold in the co-op’s restaurant along a busy national highway at the volume of 1,500 to 2,000 young nuts/day for P50/nut. The young nuts are saleable and profitable. This encouraged some farm workers of the estate to bring home seedlings for planting in their farms or as “pasalubong” to friends and relatives. 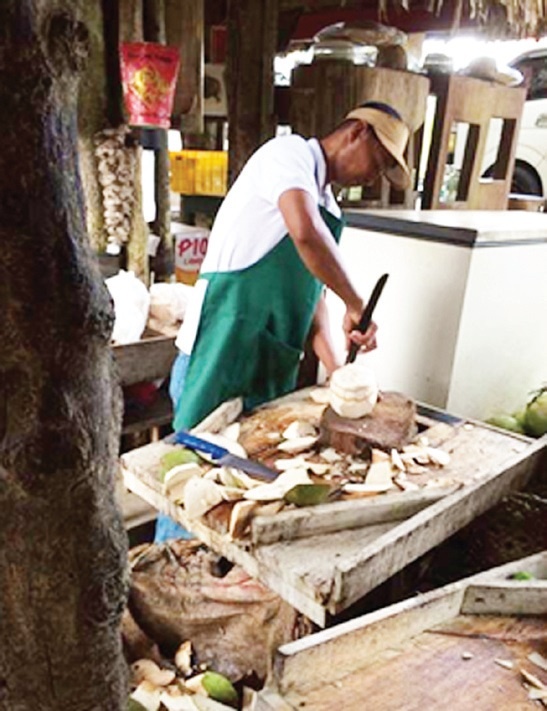 It was over ten years ago that TPFN got interested with SAC and therefore acquired a few seedlings and conducted on-farm research on the culture of this crop. These generated unique findings that, as for example, the maintenance of the purity of the SAC requires that the plants should not be grown side by side with the local varieties, as cross pollination would render the nuts of SAC devoid of its typical sweetness and aroma. Moreover, SAC is more susceptible to certain foliar diseases compared to the local varieties.

At TPFN, the crop performance were evaluated at different population densities, levels and kinds of fertilization, irrigation, regimes, control of pests and diseases, and others. Years of research result to the information which provide unique cultural practices for this crop. SAC at TPFN performs similar at times better than those in Thailand in terms of yield, aroma, and sweetness. 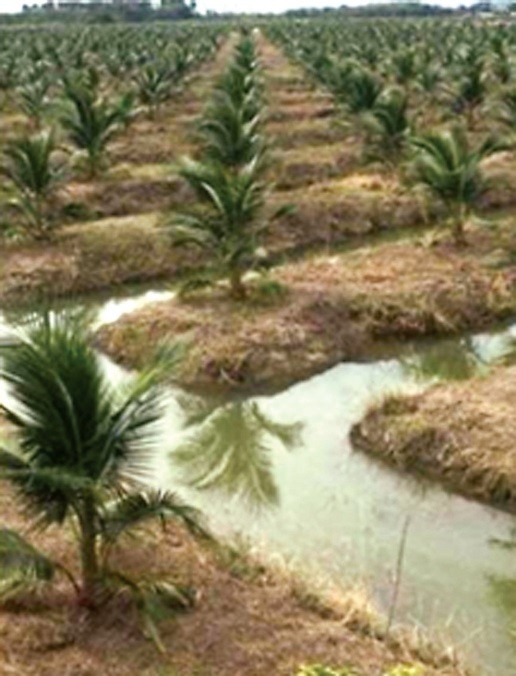 Some of the component technologies in the commercialization of the sweet aromatic coconut includes plant grown in big ridges in swampy areas.

The crop can also be planted in slopping uplands and flatlands provided there is good drainage. Irrigation is useful in places with long dry period of three months or longer. The existing culture of the local coconut varieties is less applicable to SAC. Intensive documentation were carried out in many production areas of Thailand and how it is marketed in other countries.

Income and competitive advantages of SAC

Mentioned earlier is how the farmers’ cooperative in Spencer Estate readily market thousands of young nuts of SAC/day to those passing the restaurant. A tree yielding 180 nuts/year provided an income of P9,000/year. This means four trees of SAC provides income higher to what a farmer gets from growing a hectare of ordinary coconut for copra.

Being dwarf with semi-erect leaves, SAC is planted in Thailand at 270 plants/year. In Mindanao, it is best planted at 156 tree/year for a production of over 28,080 nuts/ha per year (Fig. 5). Even if the young nuts are priced at P20/nut, a hectare of SAC would still generate a gross income of over P500,000/ha per year.

SAC young nuts are very saleable and competitive. Sold side by side, customers would prefer to buy the young nuts of the SAC over the young nuts of ordinary coconut. The sweetness and aroma of the coconut water of the SAC is so refreshing and healthful. That’s why the market of SAC in the world market is expanding rapidly in Singapore, Australia, USA, Europe, and other places. SAC is the most competitive young coconut drink in the world market due to its peculiar sweet taste and inviting aroma.

In view of this situation, it’s now time that farmers should start the commercialization of the SAC in this country targeting, in the short term, the domestic, and in the long term, the world market when there will be high volume of production for export.