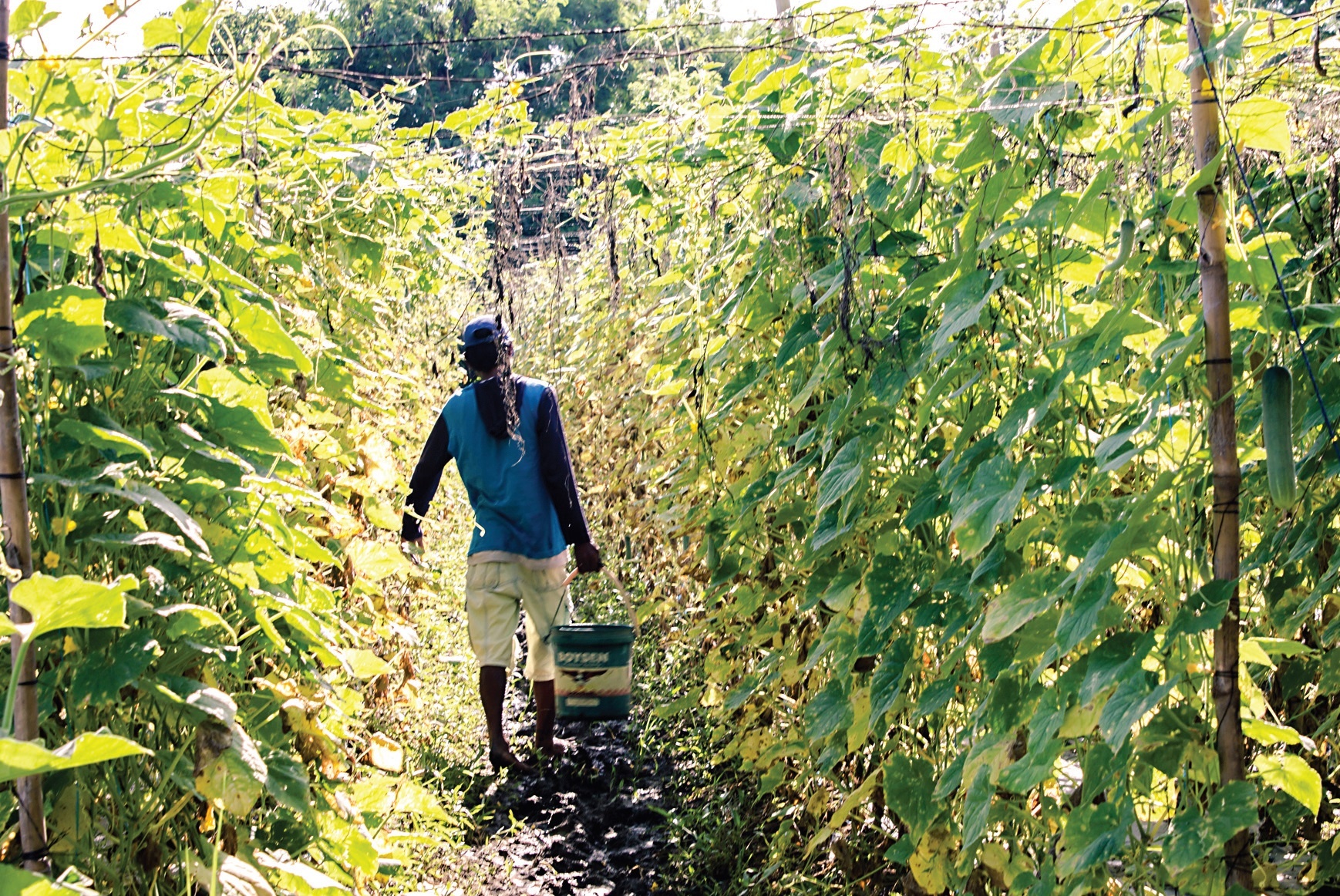 E-Magsasaka is a farm-to-table initiative that gets produce directly from farmers for a fair price. This agribusiness is the brainchild of Gorby Dimalanta and Aaron David developed back when they were taking their graduate program in Master of Science in Innovation and Business at the Asian Institute of Management (AIM).

Started as a school project in 2017, E-Magsasaka began operating in February 2019. But before it became an official business, E-Magsasaka entered many competitions where it bagged a lot of recognition. It was awarded the grand winner of the Innovation Olympics hosted by the East-West Seed, as well as at the AGREA Young Agripreneur Pitch. They also gained acknowledgements from Unionbank Pitch, Makesense Incubation Program, and many more.

E-Magsasaka coordinates with local government units (LGUs) to ask which farmer groups and cooperatives are top-performing and recommended. These cooperatives are screened to see if they can provide the company’s required quotas. From 20 co-ops, E-Magsasaka is now working with four that passed their requirements. Most of these farms are located in the CALABARZON region, particularly in Laguna, and Cavite.

The company acts as a consolidator of the produce from the farmers. They set up a database where they can track the produce of the farmers. They also tell the growers what vegetables and fruits are thriving in the market to help them gain more profit. After consolidating the produce, E-Magsasaka repacks it per order of their customers. They have two main groups of customers: first is at the household level, and second are the businesses that contact them for bulk orders.

The produce that E-Magsasaka sell are the ‘pinakbet’ vegetable variety, which are mostly lowland vegetables such as eggplant, tomato, onion, garlic, etc. They also have some leafy vegetables like lettuce, that they get from cooler areas like Indang, Cavite and Majayjay, Laguna.

David said that E-Magsasaka ensures that their farmers gain profit. They buy their produce at the amount twice of the production cost. Aligned with this is their aim to reduce the carbon footprint of delivery. To avoid several trader transfers, E-Magsasaka would directly send it to their customers’ doorsteps or via designated pick-up points.

Aside from running the business, David and Dimalanta shared that having the satisfaction of helping the farmers is what keeps them going. “It’s helping those who need it the most, the farmers,” said David. He added that being surrounded by greenery in the farms is a bonus. Both of them also encourage people to go into agriculture, particularly the youth. “People need to see that there is livelihood in agriculture,” said Dimalanta. “The current state of farmers shall improve for people to go back into farming, otherwise, no one will farm and that would be a huge problem for food security,” he added.

E-Magsasaka’s minimum order starts at P500, with a shipping fee included. Orders can be made through their website. Also, E-Magsasaka is on their way to be rebranded as ‘Bukid Fresh.’

Bulacan housewife grows food for the table and to de-stress