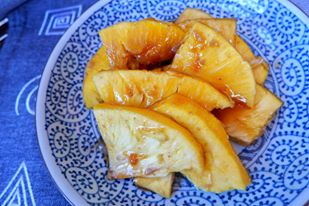 One common reason why most home gardeners start growing fruits and vegetables in the comfort of their own homes is to save on buying produce from the market.

With that idea in mind, a Cebu-based entrepreneur decided to incorporate the fresh produce growing in their mini-garden into some of the dishes that she sells in her home business.

April Rose S. Sabay, the owner of RosNCoy Kitchen, is not only fond of cooking–she’s fond of eating as well! She and her family share a bond with food and this is why she makes sure that their food is always healthy and delicious. 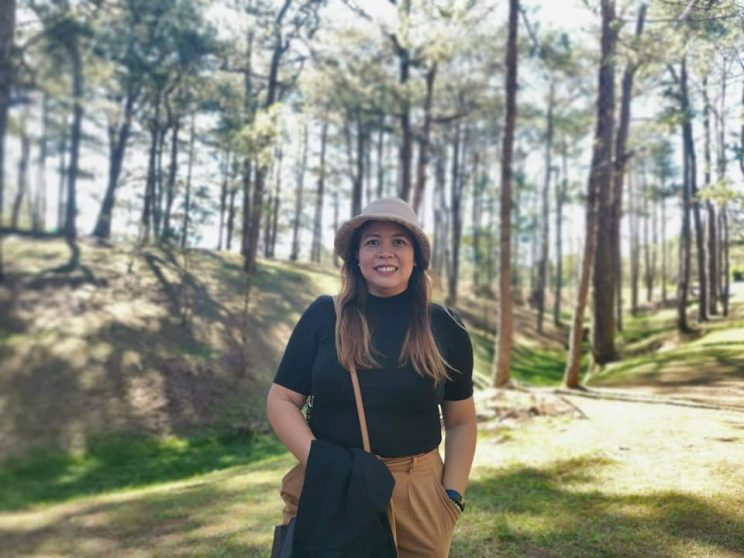 April Rose S. Sabay is the entrepreneur behind RosNCoy Kitchen.

“Growing your own food has a lot of benefits; you get to eat more healthy produce such as fruits and vegetables, you get to save money, and you also have a way to de-stress that’s good for the environment,” April said.

From vegetable dishes to fruit desserts, April and her family can enjoy healthy and delicious recipes at almost any time because they have a mini garden that grows the ingredients they need.

The entrepreneur even gets ideas for dishes from the crops found in their surroundings. One such example is her “minatamis na kolo” or sweetened breadfruit (as seen in the featured photo).

She hardly lets one ingredient pass her by without having thought of a recipe for it.

It was in 2015 when they started planting their mini garden. It was April’s father, Antonio “Tony” Saramosing, who decided to grow different kinds of fruits and vegetables at the back of their house.

“My grandparents used to be farmers and that’s where my father got his talent for gardening,” April said.

She added that her grandparents used to own a large parcel of land where they grew various crops such as coconuts, jackfruit, corn, kamote, and ube, among others. They also managed to raise goats and cows for personal consumption or for extra income.

Having lived their entire lives in the rural mountain areas of Cebu, April’s grandparents stuck with the natural way of farming and didn’t rely on chemicals to aid their crops’ growth. They even fed corn husks to their cows and goats to create a sustainable lifestyle.

This kind of simplicity was inherited by her father, who also shied away from the use of commercial inputs.

“He always waters the plants and removes the weeds to make sure that our plants are the ones who get the nutrients from the soil,” April said.

Aside from not forgetting to water the plants, the entrepreneur’s father also makes sure that their plants are disease and pest-free by visiting them on an almost daily basis. This way, he gets to anticipate any problems before they arise and come up with a solution immediately.

Once the crops are harvested, April uses some of them in the dishes she makes and posts them on social media to raise awareness that good food can come from your own backyard.

An easy and delicious way to boost the immune system

April established RosNCoy Kitchen back in 2018 when she posted some of the dishes that she cooked for her own birthday on social media.

“Many of my friends liked the photos and asked how much the food trays cost; that’s [when] I decided to accept orders,” she said.

The business is named after April and her husband, Mark Anthony Sabay, who is fondly called McKoy. The dishes that RosNCoy offers come from recipes that she found online, as well as those passed on to her by her mother, who is also fond of cooking. 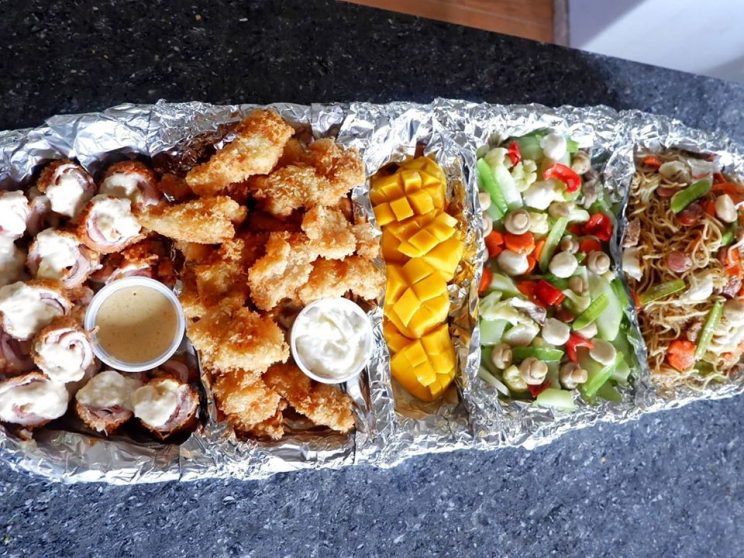 The platters from RosNCoy Kitchen features fruits and vegetables (along with other dishes that the customers request) for a healthy and balanced meal.

Recently, she shared a recipe on RosNCoy’s social media account that features the kangkong harvested from their own mini garden. April said that this particular dish could help boost the immune system.

In order to make this vegetable-based recipe, you’ll need kangkong, garlic, onion, soy or oyster sauce, and pepper to taste. 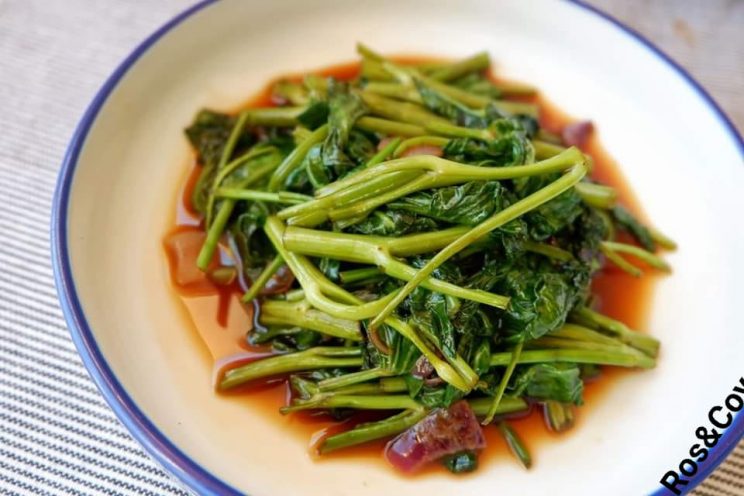 Stir-fried kangkong is a delicious way to boost your immune system.

Once you’ve acquired the ingredients, start sauteeing the garlic and onion. Add the kangkong stalk next and let it cook for a few minutes. After a while, add the kangkong leaves as well.

Season with pepper and soy or oyster sauce until the taste matches your preference. Mix well and cook for a few more minutes before serving.

This is only one of the many healthy and budget-friendly recipes that April shares on the restaurant’s social media. She hopes that by doing this, she can encourage others to eat healthy and be resourceful because one’s own home or backyard can be a place to grow food for their families. (Photos from RosNCoy Kitchen’s Facebook page)

No-dig gardening is possible by letting microorganisms do the work