Going into farming sometimes requires a leap of faith since there are various circumstances that could delay a farm’s success.

For Victor Neal Palarca, a businessman by profession, the challenge was adhering to natural farming principles in a town where residents consider their soil highly acidic and not suitable for farming.

Palarca, or Loloy as he is fondly called, envisioned a scenario wherein he would be healthy and resistant to illnesses. This is what prompted him to start farming, but not according to the traditional ways of using chemicals to rid crops of diseases and pests.

The seasoned businessman decided that going down the natural farming route would be the best way to observe the healthy lifestyle that he wanted to live.

“I remember the basics of gardening because in my elementary years, [it] has been a constant activity. I realized it was an integral part of my daily routine,” the organic practitioner said.

Eager as he was, Palarca decided to get involved with the Agricultural Training Institute through the Department of Agriculture’s Organic Agriculture (OA) Program. During his time as a trainee, he attended several workshops and training sessions to learn what he can about organic farming.

Other than attending seminars and training, Palarca also read online materials and research findings to enhance his knowledge on farming the natural way.

As soon as he was armed with the proper knowledge and principles, Palarca set off to practice what he learned right in his own backyard in Tagcatong, Carmen, Agusan del Norte.

In 2011, the Palarca Tourism Farm, a family-owned natural farm, was established and operational. It was originally set to be a demo farm on an experimental basis. However, Palaraca used all that he’s learned from the ATI and transformed the farm into an integrated and diversified farm that follows organic practices. 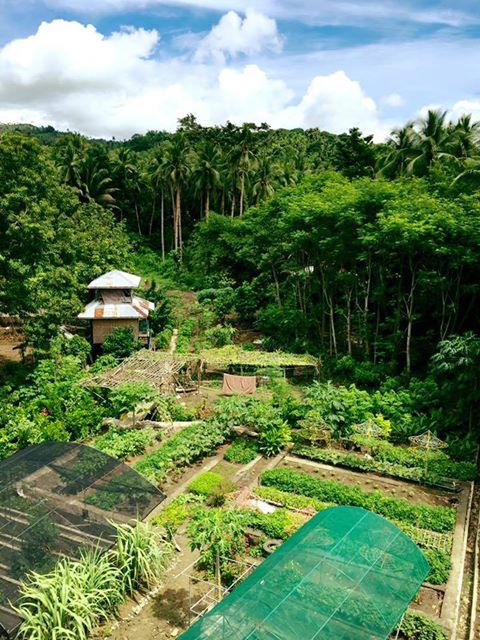 The Palarca Tourism Farm is a demo farm as well as a learning site for the Agricultural Training Institute-Regional Training Center (ATI-RTC XIII) in the Caraga Region.

His first step in doing so was to deal with the soil problem that the locals have been complaining about.

According to his younger brother, Vic Thor Palarca, the businessman turned farmer used pulverized charcoal to neutralize the acidity of the soil. He added that his elder brother also used carbonized rice hulls and bokashi to improve soil conditions and amend mineral deficiency.

Palarca also put up a water pump in the middle of the farm to keep the plants hydrated.

Having addressed the circumstances that could keep him from growing crops, Palarca’s farm now produces a wide array of vegetables and root crops such as carrots, squash, tomato, eggplant, and more.

Dragon fruits and sugarcanes are also a favorite commodity on the farm. Presently, there are around 40 dragon fruit trees growing in the Palarca Tourism Farm.

Additionally, the diversified and integrated farm fully utilized its 500 square-meters since it also breeds native chickens, Anglo-Nubian goats, and pigs.

Since he spent his time learning what he can about natural farming, Palarca made sure to put this knowledge to good use.

Other practices that Palarca follows include zero-waste farming and crop rotation.

Palarca advocates organic agriculture and its practices not only for health and practical reasons. He also believes that it promotes sustainability while being economical and cost-efficient.

His resolve to eat nothing but fresh and organic produce has encouraged his family to do the same. His wife and kids, along with a handful of nieces and nephews, help him tend to and manage his farm.

A learning site for the eager

Palarca Tourism Farm now serves as a demo farm as well as a learning site for the Agricultural Training Institute-Regional Training Center (ATI-RTC XIII) in the Caraga Region. 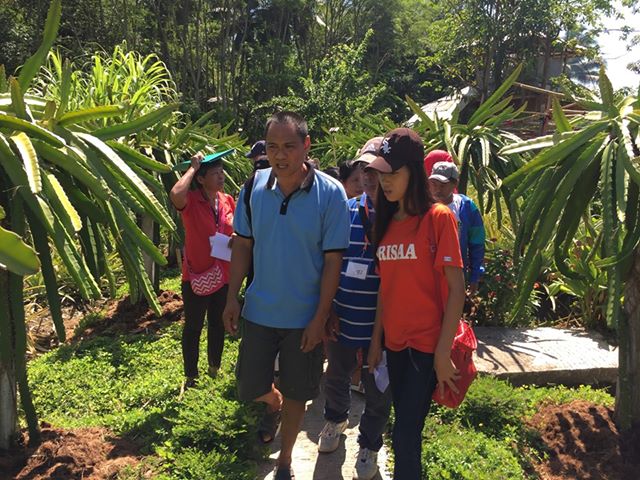 Victor Neal Palarca (in blue) shows eager farmers who want to learn about organic agriculture around the farm.

The businessman turned farmer now shares his knowledge and expertise to anyone interested in natural agriculture. He holds on-site lectures in his farm and makes himself visible by regularly attending trade fairs and agri-business events nationwide.

“I was motivated to show and convince my farmer colleagues that farming in your own yard is viable and can be done despite odds and unfavorable conditions,” he said.

Palarca acknowledges that it was the diverse farming technologies that he applied to address his farming needs that made a success out of his venture. In turn, he wants to share this knowledge with others who also want to learn.

An agri-tourism site that practices value-adding

Besides being a learning site, the Palarca Tourism Farm also welcomes tourists who want to see and experience the workings of his farm.

“Visitors would come to pick and pay for the abundant crops in our farm which are mostly the dragon fruits, papayas, and the vegetables,” the younger Palarca said. 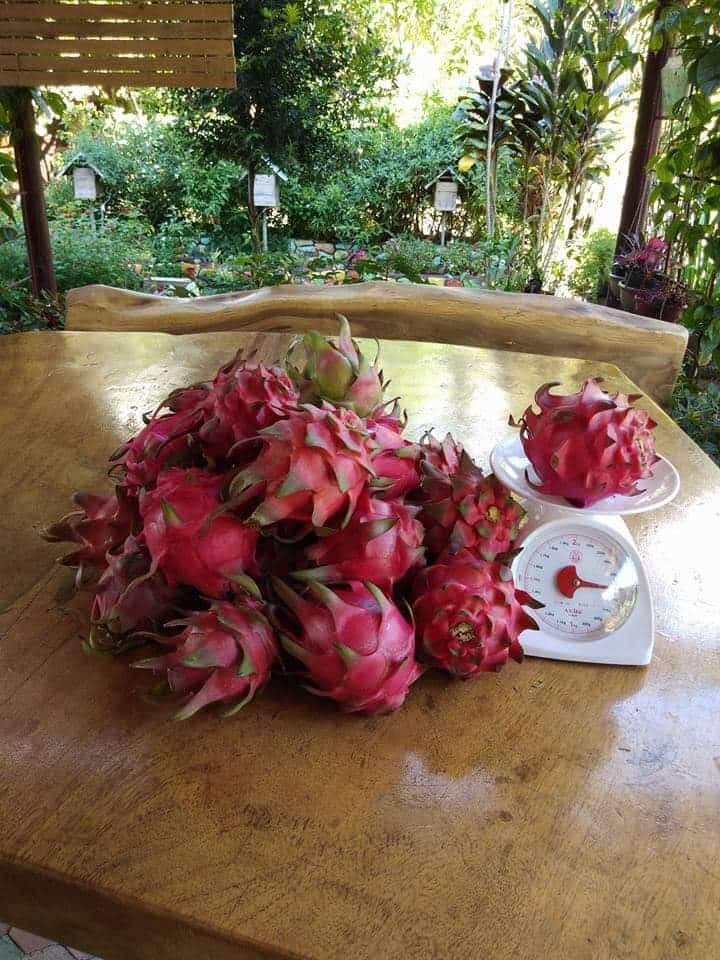 Dragon fruits are a favorite commodity in the farm.

He added that the organic farm also sells its produce–depending on what’s in season.

To date, Palarca sells the produce at reasonable prices in his community and to an expat who has become his regular patron.

“My brother blends buko juice into the sugarcane mix since if it were sugarcane alone, it would be too sweet,” the younger Palarca said. 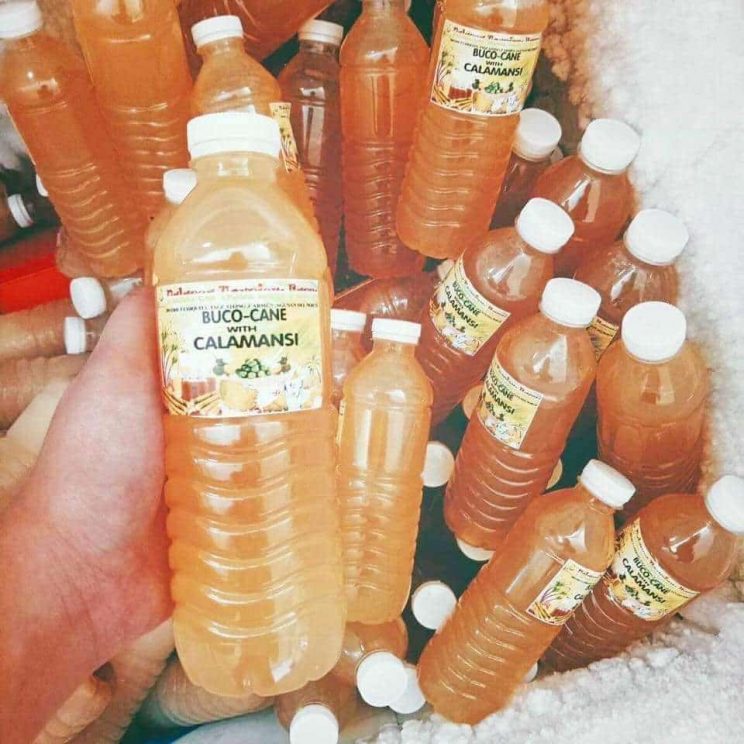 Buco-cane with calamansi jusice is a popular value-added product made from the farm’s crops.

Palarca Tourism Farm is a dream come true brought about by Victor Neal Palarca’s determination and dedication to farm the natural way. His endeavor is not quite finished yet as he still strives to inform more people about natural agriculture via his own farm.

“I want to make a bold statement that natural farming is here to stay and that it is neither a fad nor a trend because it sustains our well-being as well as the situation of our environment. For me, that is worth investing in our time and efforts”, he said.