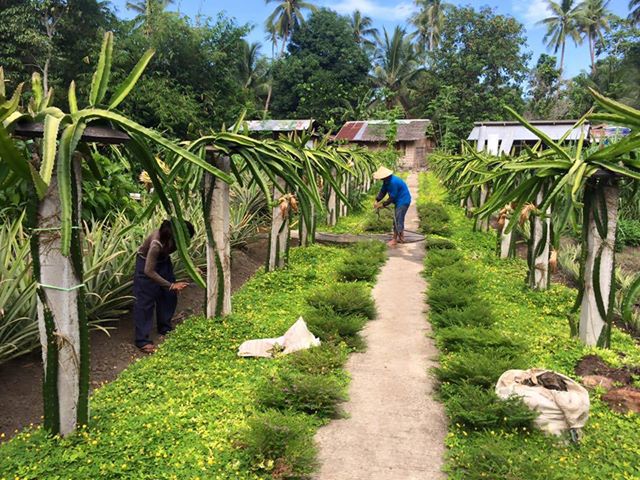 Palarca Tourism Farm is a 500-square meter family-owned farm located in Tagcatong, Carmen, Agusan del Norte. The farm was born out of Victor Neal Palarca’s vision of being healthy and disease-free by consuming fresh and naturally-grown produce.

From a seasoned businessman, his lifestyle shifted to that of a natural farmer who wanted to produce his own food to make sure that it’s chemical-free.

Among the crops that he decided to grow using natural farming is the dragon fruit, which happens to be a favorite of his younger brother, Vic Thor Palarca.

“What I like about this exotic-looking fruit is that it’s very alien. The pink scales and inside flesh filled with tiny black seeds is what makes it unique and otherworldly,” Palarca said. 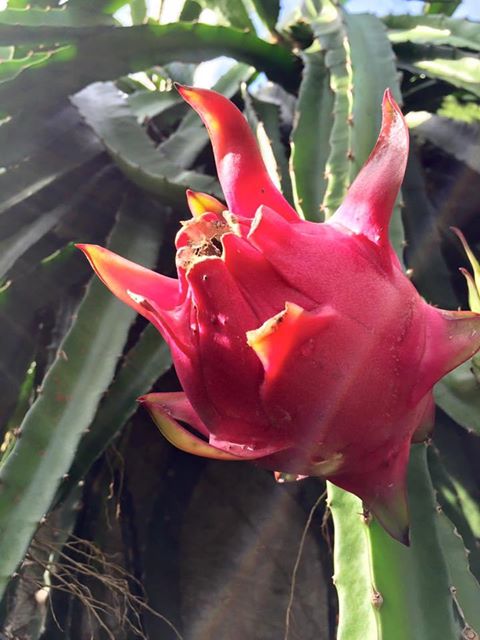 Dragon fruits are known for its prominent scales and bright colors.

Dragon fruit trees (Hylocereus undatus) are tropical fruit-bearing plants that belong to the climbing cacti family. Its fruits have a distinct appearance because of their bright red, purple or yellow-skinned varieties and prominent scales.

It is also known that dragon fruits have various health benefits such as the potential to boost immunity and aid digestion. It can also boost one’s metabolism and improve cardiovascular health.

According to Vic Thor, the dragon fruit on their farm were propagated from cuttings that were cared for by his older brother–the businessman turned natural farmer.

He explained that a one-year-old cutting that’s about one-foot long is enough to start propagating dragon fruits. It could take as little as a one year before these cuttings can bear fruit.

“Dragon fruits can be grown on a wide range of soils–from sandy loam to clay loam. However, sandy soils with organic matter and internal drainage are best [places] for cultivation,” Palarca said.

Aside from propaation via cuttings, dragon fruit can also be grown from seeds, but the Palarca siblings noticed that this method takes a lot longer for the dragon fruit trees to grow and reach fruiting maturity.

How to care for your dragon [fruit]

Dragon fruit trees are considered cacti and are usually grown under similar conditions, with lots of heat and humidity, as well as controlled amounts of water and moisture.

“Since our area is a bit scarce on water, we [decided to] put coconut husks on the base of each of the fruit trees to manage soil performance and avert the damaging effects of the sun due to climate change,” Palarca said.

This method did wonders in terms of retaining moisture content and lessening the depletion of soil minerals for the Palarca Farm’s dragon fruits.

“One of the advantages of this coconut husk application is that when mixed with soil, it serves as a soil conditioner and retains much of the moisture content, making our dragon fruit trees thrive even in the scorching heat of the summer sun,” he added. 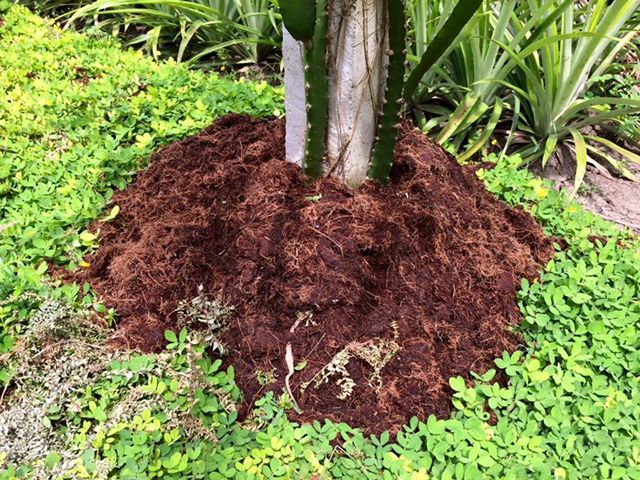 Coconut husks are placed on the base of each of the fruit trees to manage soil performance and avert the damaging effects of the sun.

Palarca, along with several other siblings and his brother’s family, help tend to the farm.

When the ‘-ber’ months come around, the Palarca family and the farm’s guests can enjoy the exotic and delectable naturally-grown dragon fruits.

“Ranging from sweet to mildly sweet, dragon fruit tastes like ripe papaya embedded with lots of seeds. The flesh with grainy and textured seeds make it delectable and refreshing,” Palarca said.

Dragon fruits are only one of the various commodities available on the farm. Other crops include sugarcane, papaya, and other vegetables that are grown following strict natural farming practices.

Visitors can even engage in a pick and pay activity to get a taste of what the natural farm has to offer.

The Palarca Tourism Farm was established in 2011. It was originally set to be a demo farm on an experimental basis. However, Palaraca used all that he’s learned from the Agricultural Training Center and transformed the farm into an integrated and diversified farm that follows organic practices.

Currently, the farm serves as a demo farm as well as a learning site for the Agricultural Training Institute-Regional Training Center (ATI-RTC XIII) in the Caraga Region.

Victor Neal Palarca and his family welcomes eager farmers who want to learn about natural farming with open arms. He believes that natural farming is more than a passing trend that’s worth investing in. (Photos from Vic Thor Palarca)