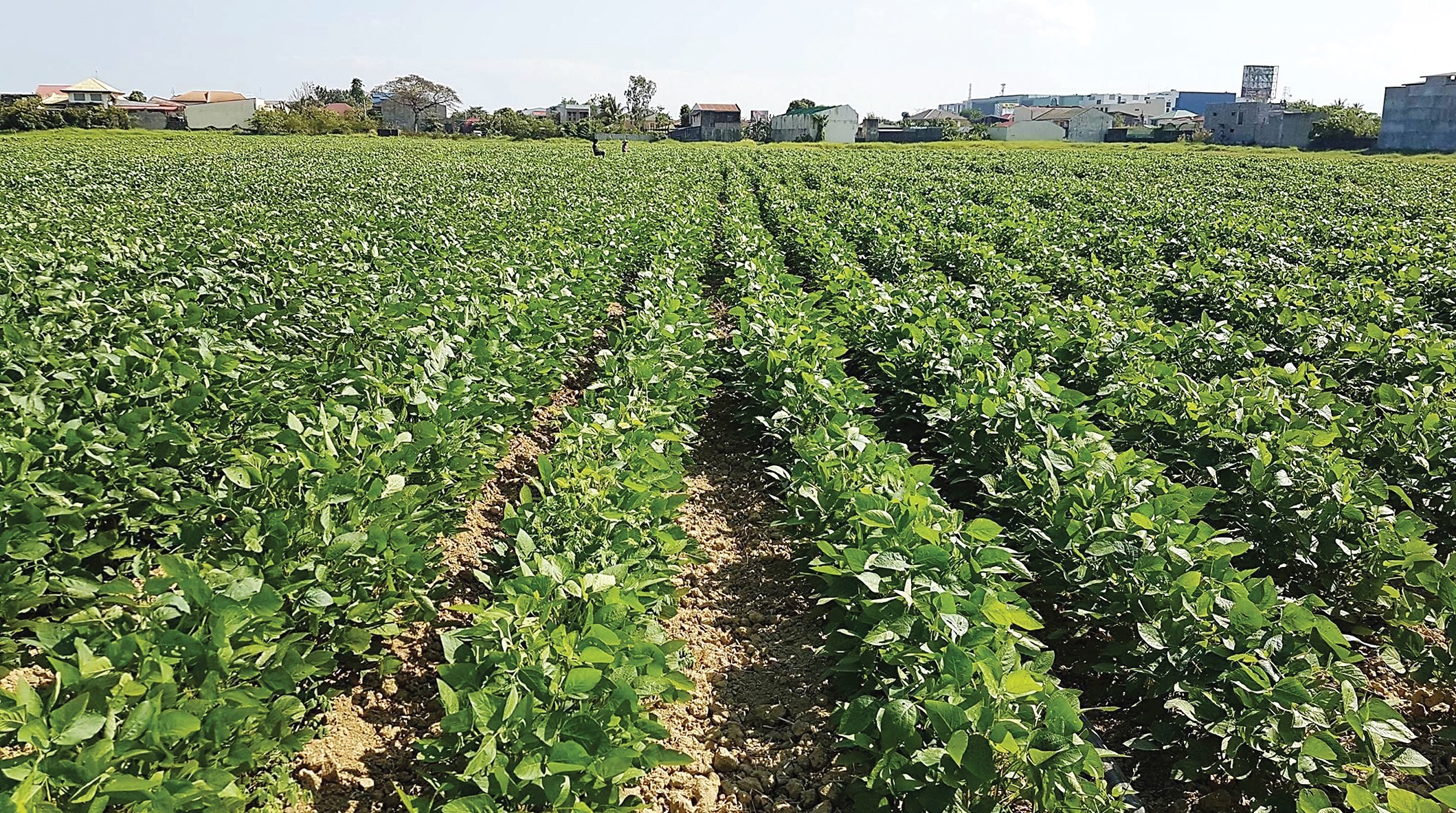 Soybeans, or soya beans, is a legume crop popularly used as a raw ingredient for food such as soy milk, tofu, meat substitutes, and the Filipino favorite: taho.

A cooperative known as Golden Beans and Grains Produce Cooperative (GBGPC) recognizes the potential of soybeans as a means to provide farmers with a source of income while also promoting a healthy lifestyle to the public.

“GBGPC envisions to increase production and processing of soybean through farmer capacity building and sustainable management of soil while creating livelihood opportunities for its members, and providing healthier food options to consumers,” said Leonilo S. dela Cruz, chairman of GBGPC. 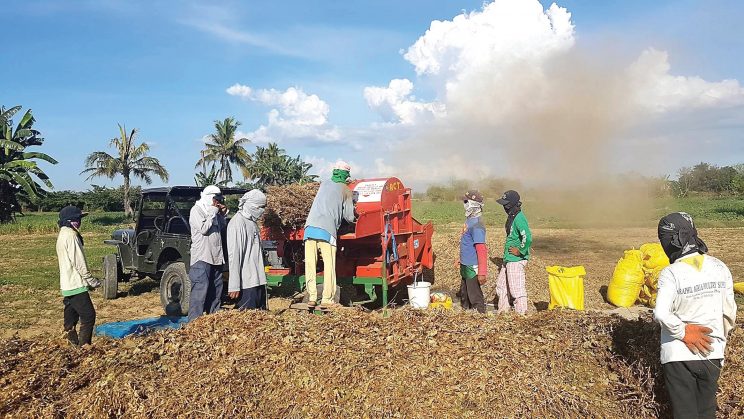 The co-op encourages farmers to not only grow soybeans, but other grain and bean products as well.

Dela Cruz said that a common problem among farmers is the weather which greatly affects their crops, especially during extreme conditions such as droughts or storms.

To ensure that the farmers in Nueva Ecija have something growing on their lands which could be their source of income or for personal consumption, dela Cruz persuaded them to grow soybeans.

“Instead of leaving the farms idle during the dry season, we convinced several farmers of these idle and rain-fed lands to use it to produce heat-tolerant crops such as soya beans,” he said.

Starting a co-op to help farmers

The cooperative was developed through dela Cruz’s initiative and dedication. It began when dela Cruz, a part-time radio announcer, attended a training on soybean production and processing conducted by the Department of Agriculture’s research arm, the Bureau of Agricultural Research (DA-BAR).

He then sought help from DA-BAR and began to congregate farmers from his hometown, Nueva Ecjia, to form a group that would pioneer soybean production and processing in the region with the support of the National Soybean Program.

To further encourage their members, the co-op buys all the soybeans they produce at P30/kg. In addition, all the members of GBGPC are automatically considered dealers of the co-op’s products and are given 25% discounts, among other attractive benefits, to endorse their products.

Soybeans for a healthy diet

Soybeans originated from southeastern Asia in locations including China, Japan, and Korea. It was domesticated more than 3,000 years ago for its edible seeds and young pods.

Dela Cruz said that soybeans are an important ingredient in many nutritious foods that are considered a valuable part of the human diet. 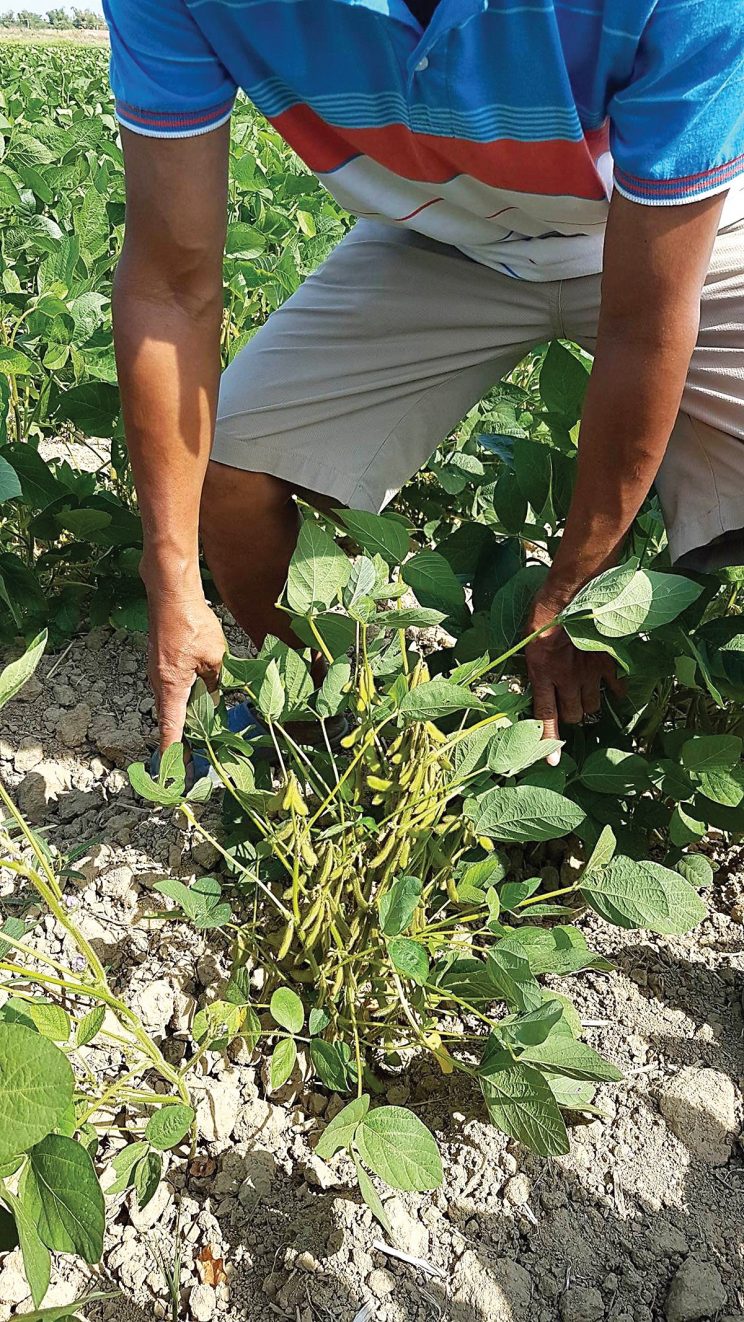 A farmer shows off the soybeans gathered in a plantation.

“It provides a complete source of dietary protein, meaning that, unlike most plant proteins, it contains essential amino acids that are imperative for sustained human life,” he said.

Additionally, dela Cruz also said that all the members of the cooperative saw the potential in soya production and processing while banking on the premise that soybeans are a healthy alternative to cow’s milk because it is cholesterol-free and safe for people who suffer from lactose intolerance or milk allergy.

“Our kababayans are now clamoring for an all-natural and organic healthy foods. And we are heeding that call,” dela Cruz said.

The cooperative has made it their mission to provide unique, yet healthy food that values the health and well-being of their customers through naturally-grown soybeans.

“We also aim to produce better and premium quality soybean byproducts that will compete in the global market, thereby supporting our commitment in enhancing the quality of life,” dela Cruz said.

For the GBGPC’s farmers to make the most out of their soybean crops, dela Cruz and the other members advocate the practice of value-adding or transforming raw materials into processed products that could fetch a higher price in the market.

“Its components are valuable raw materials for the food and feed industries in the Philippines,” dela Cruz said.

He added that the co-op’s soybean seeds came from the Department of Agriculture Region III and the Research Department of the Central Luzon State University. Both institutions produce quality soybean seeds that are non-GMO or free from genetic alterations.

Dela Cruz also said that the co-op is continuously improving the seeds they use by promoting nutrition farming wherein they supplement the plants with nutrient requirements for soybeans with the use of probiotics to further enhance the crop.

Apart from producing fresh soybeans, the cooperative also processes products such as soymilk, tofu, and soy ice cream freshly made from the farmers’ own harvests. 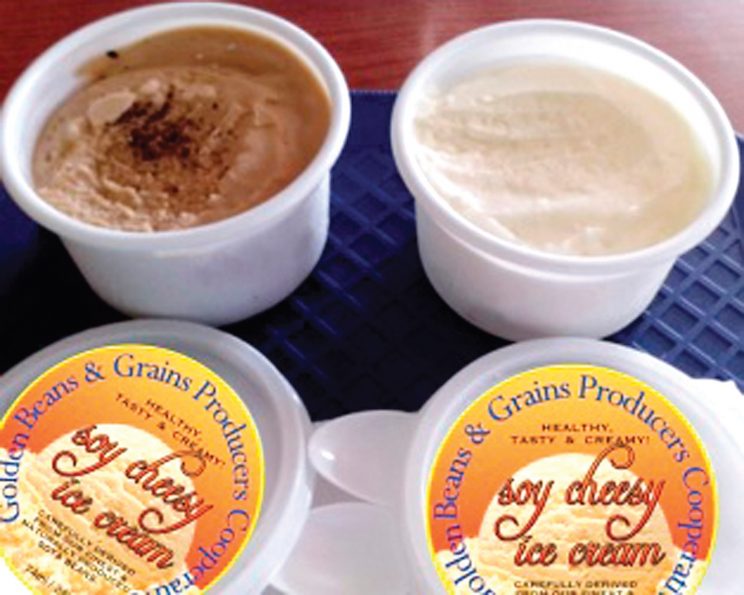 The co-op’s bestseller made from the farmer’s soybeans is the soy ice cream.

“Soybean is considered as one of the world’s healthiest foods. With its beneficial uses, members from GBGPC entrusted their time and effort in a crop which they believe will not only continue to generate income as golden as its color, but also provide better nutrition with its unique and healthy products to consumers within and beyond Region III”, dela Cruz said.

Membership to the GBGPC is open to all Filipinos of legal age who have complied with the cooperative’s conditions and requirements such as an approved application for membership and a certificate of completion of the prescribed Pre-Membership Education Seminar.