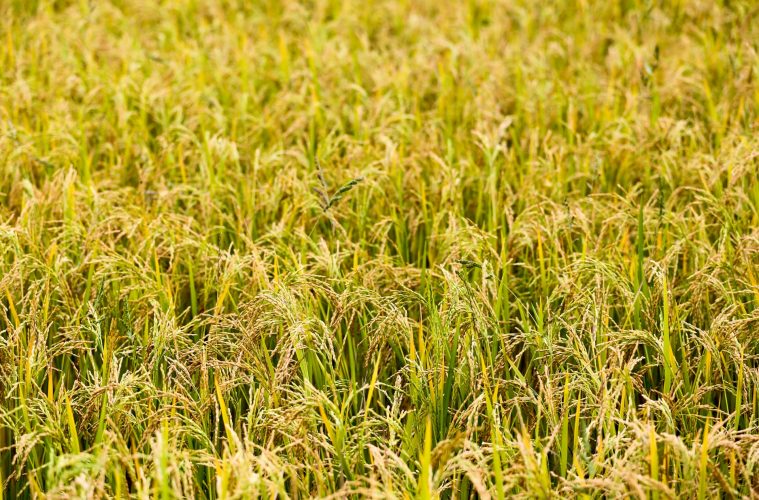 Photo by Theme Inn on Unsplash.

CALAMBA CITY, Laguna – As part of its Plant, Plant, Plant Program “Ahon Lahat, Pagkaing Sapat” (ALPAS) kontra COVID-19, the Department of Agriculture (DA) is implementing the Rice Resiliency Project (RRP) that shall focus on the extensive use of high-quality seeds to achieve higher productivity in rice.

It will cover rice-producing provinces/cities/municipalities located in Rice Competitiveness Enhancement Fund (RCEF) and non-RCEF areas for both irrigated and rain-fed lowland areas.

Under the RCEF – Enhanced, fertilizer support will be given to RCEF inbred rice municipalities to complement the distribution of inbred seeds under RCEF Seed Component implemented by the Philippine Rice Research Institute (PhilRice). For farmer-beneficiaries under this sub-project, they can receive an additional two bags of urea fertilizer for every two bags of fertilizer they have purchased.

For Expanded Inbred Rice Production, there will be an expanded inbred certified seed distribution during the wet season to enhance production in non-RCEF areas to be coupled with inorganic fertilizer. This shall also cover the provision of fertilizers to farmers who utilize good seeds/home-saved seeds. For farmer-beneficiaries under this sub-project, they can also receive additional two bags of urea fertilizer for every two bags of fertilizer they have purchased.

Lastly, the Expanded Hybrid Rice Production will intensify the promotion of high-yielding technology through the distribution of hybrid rice seeds and inorganic fertilizers. This shall also cover farmers who are recipients of hybrid seeds distributed by the regional office targeted for wet season cropping. For farmer-beneficiaries under this sub-project, they can receive an additional three bags of urea fertilizer for every two bags of fertilizer they have purchased.

Farmer-beneficiaries, upon claiming the inputs, shall bring their Registry System for Basic Sectors in Agriculture (RSBSA) registration number.

DA-4a regional director Arnel V. de Mesa recognizes the important role of the provincial, and city and municipal agriculturists in the region to successfully implement the RRP since they will help disseminate the information regarding the project, and ensure smooth distribution of seeds and fertilizers to farmer-beneficiaries especially amidst COVID-19 pandemic.

As part of the preparatory steps for the implementation of RRP, the regional office already informed the concerned provincial agriculturists to help disseminate information about the RRP in their respective provinces, and checked with possible seed suppliers to ensure the availability of hybrid and inbred seeds to be procured in time for the wet cropping season.

“With the additional budget coming from the RRP, we projected additional 29,360 metric tons or 587,200 bags of palay produced in CALABARZON for the wet cropping season,”de Mesa said.