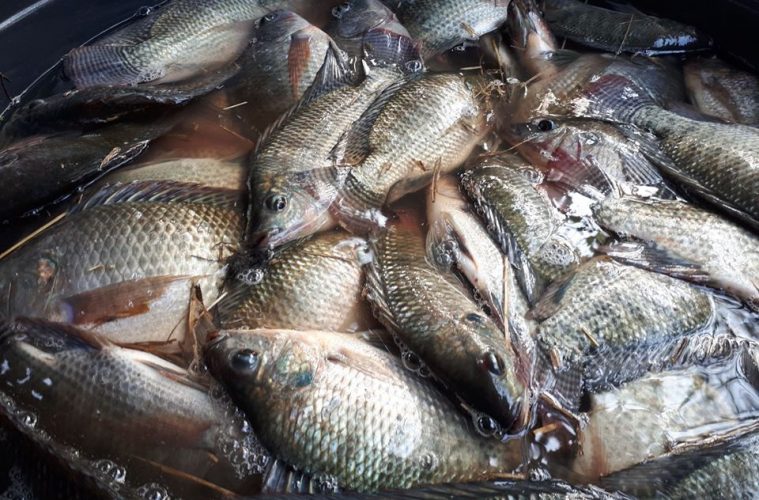 The Bureau of Fisheries and Aquatic Resources Cagayan Valley (BFAR-2) introduced an environment-friendly and cost-efficient technology that results in tastier and healthier produce of naturally farmed tilapia.

To help introduce this technology, the government agency worked with Mr. Alfonso A. Ricardo, a former Head Teacher III of Camarunggayan Elementary School in Aurora, Isabela who became an organic farming practitioner before retiring.

He started setting-up his ½-hectare organic farm and got in touch with the Agricultural Training Institute (ATI), which enabled him to attend seminars on natural farming.

Ricardo said he chose natural farming because of the health benefits and better taste over conventionally farmed produce, “that may contain harmful chemicals.”

He became the sole identified organic farming practitioner in his municipality, and soon, his farm began to gain prominence.

BFAR-2 chose him as a recipient of its technology demonstration project.

The Bureau had assisted Mang Alfonso in building his fish pond, trained him on the process of making organic feeds, and provided raw materials for feed formulation which are fish meal, copra meal, rice bran, and cassava flour. Other training and assistance related to fish growing were also given to him.

Unfavorable weather had caused fish kill in his pond two months after stocking on the first attempt. But optimistic that he can make it the second time, he opted to stock fingerlings again and used the remaining feed materials from BFAR. In addition, he is now formulating his own feed using available raw materials from his organic farm.

The retired teacher continuously grows naturally farmed aquaculture products. He is in process of constructing two more fish ponds and will employ the same technology.

Mang Alfonso noted that income from organic aquaculture is high because he spends less on feeds and fertilizer.

Though raising naturally farmed tilapia requires effort and takes 4-6 months for the fish to reach a marketable size as compared to 3-4 months on conventional fish growing, the reward is worth the wait. 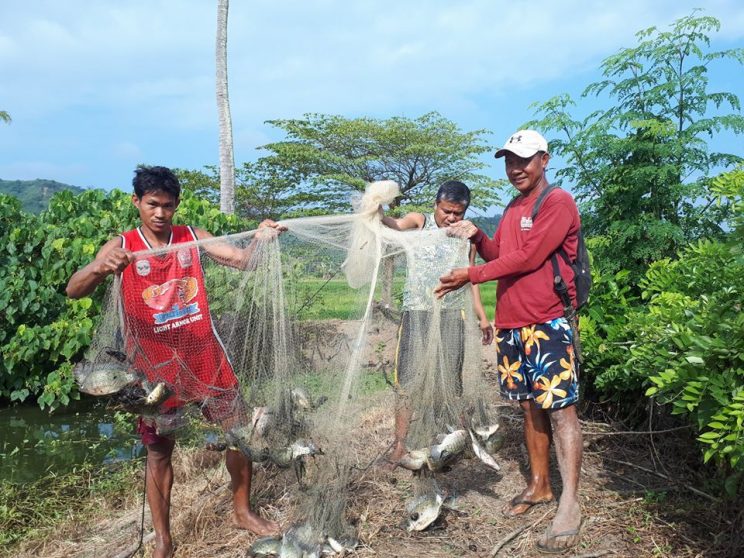 BFAR 2 staff Alvin Abedes explained that locally available materials can be used as feed ingredients in natural aquaculture. For a typical mixture, the ingredients in formulating 25 kgs. of feed are: 6.49 kgs. fish meal, 7.92 kgs. copra meal, 7.41 kgs. rice bran and 3.18 kgs. cassava flour. This will be mixed and processed through a pelletizing machine. Otherwise, meat grinder can be utilized as an alternative.