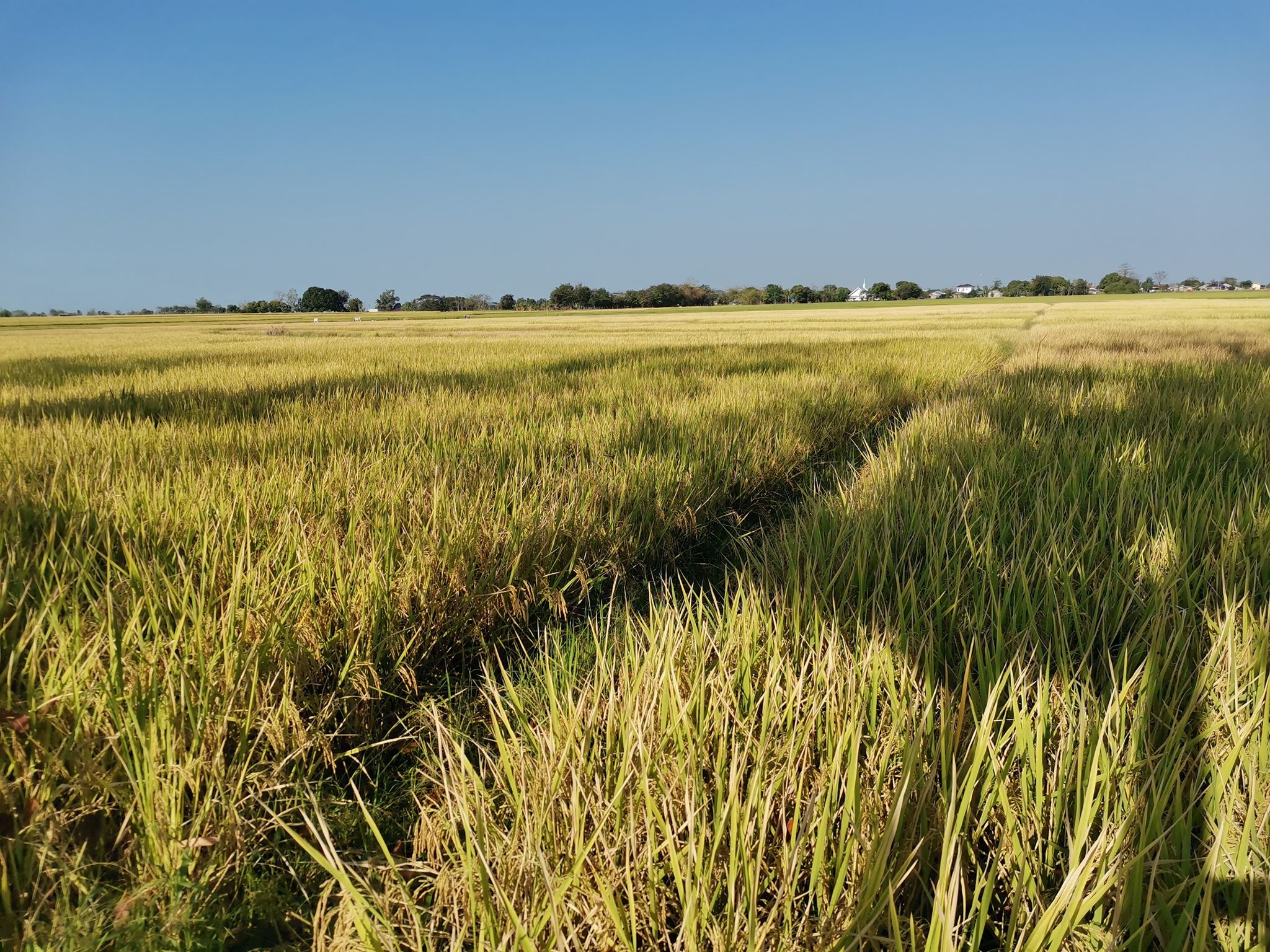 Rice farming is the main business of the family.

Farming may not always be everyone’s cup of tea. However, this doesn’t mean that they won’t eventually warm up to the idea of being able to produce food for themselves and for others as well.

In the case of Chrisdell Corpus Munsayac, a counselor educator at the Central Luzon State University in Muñoz, Nueva Ecija, her interest in farming sparked from her husband, John Paul Gines Munsayac, an agriculturist who works for a private agency.

“My husband owns a farm where they plant rice here in San Jose City, Nueva Ecija. [So] my interest [in farming] started because of his influence,” Munsayac said.

Her husband’s inclination towards farming comes from his family. In college, he stayed true to his roots and took up Agribusiness Management at CLSU. Later, he inherited the land they farm on from his mother, Helen Gines Munsayac.

Now, the Munsayac family retreats to their farm on the weekends to unwind and enjoy what their farm has to offer.

From rice to fruits and more

Since 2003, the couple has relied on farming as another source of income aside from their full-time jobs.

“Our main farm business is concerned with rice production. [We allocate] about 10 hectares from three different locations here in San Jose and Llanera, which are both in Nueva Ecija,” Munsayac said. 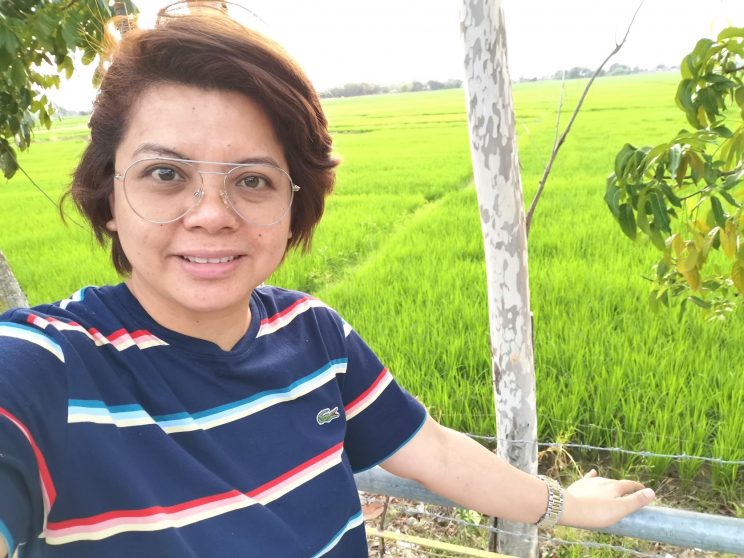 Chrisdell Munsayac posing in front of their rice farm.

They eventually decided to add more elements to their farm such as native fruit-bearing trees like makopa, papaya, atis, chico, and more. Another fruit-bearing tree planted on the Munsayacs’ farm is duhat (Syzygium cumini).

Duhat, also known as Java plum or Black plum, are fruits of a tree with the same name. The fruits are described as dark purple or nearly black in color with a sweet, edible flesh.

“Growing duhat was easy because it is resilient. When we first developed the farm, we bought duhat seedlings. It bloomed later on and became one of the surviving trees after our farm was hit by a typhoon,” Munsayac said.

She advises that it’s important to choose the right variety that has the qualities you want such as resilient, prolific, etc.

It has been 15 years and the duhat tree in the Munsayacs’ farm still bears fruit that measures about two inches in length. 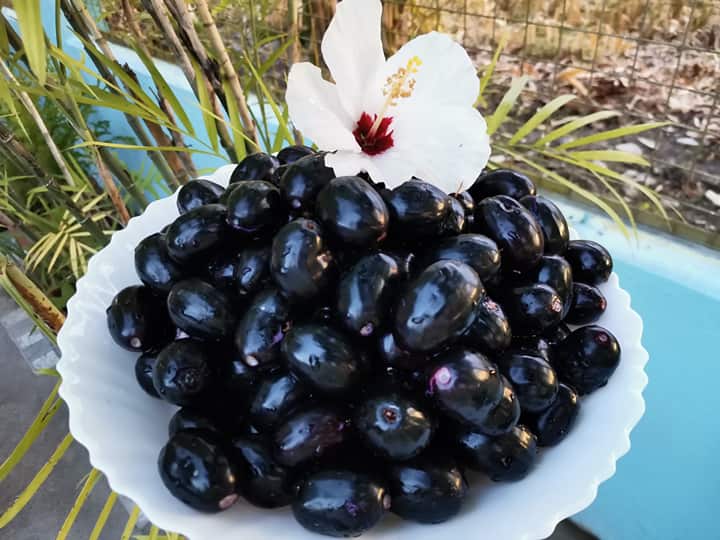 The duhat fruits in the Munsayacs’ farm grows up to 2 inches in length.

“We don’t sell our fruits; we just give it for free to people and our neighbors,” Munsayac said.

Other than the native fruit-bearing trees planted around their farm, the Munsayacs recently added a fish pond on their property along with a vegetable farm that grows native vegetables found in Nueva Ecija as well as the pinakbet variety such as okra, ampalaya, eggplant and more. 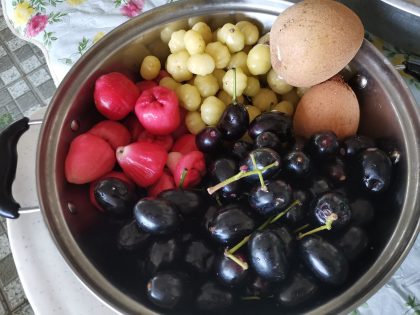 Apart from duhat, there are other native fruit-bearing trees like makopa and chico. 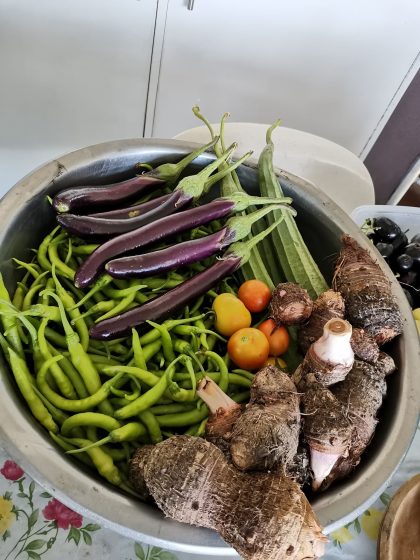 “We added these so we don’t have to worry about buying fish or vegetables from the market,” Munsayac said.

Aside from her and her husband, Munsayac said that there is another family living in the compound who serve as the farm workers whom they call “kasamak”—a Tagalog term which means farm worker.

Through farming, they managed to send their children to college.

Things to remember when starting a farm

According to Munsayac, establishing a farm requires more than just having a dream.

“Education and experiences help a lot,” she said. “You have to go through the new technology, choosing the proper variety, and fertilizers that best fits the type of land that you have,” she said.

She shared that they grow their crops through a combination of natural and conventional farming and harvesting methods since it gets good results.

“Harvesting rice now is easier than before because it took one week to harvest three hectares by manual laborer then. At present, there is a combine reaper and as a result, it only takes half a day to harvest,” Munsayac said. 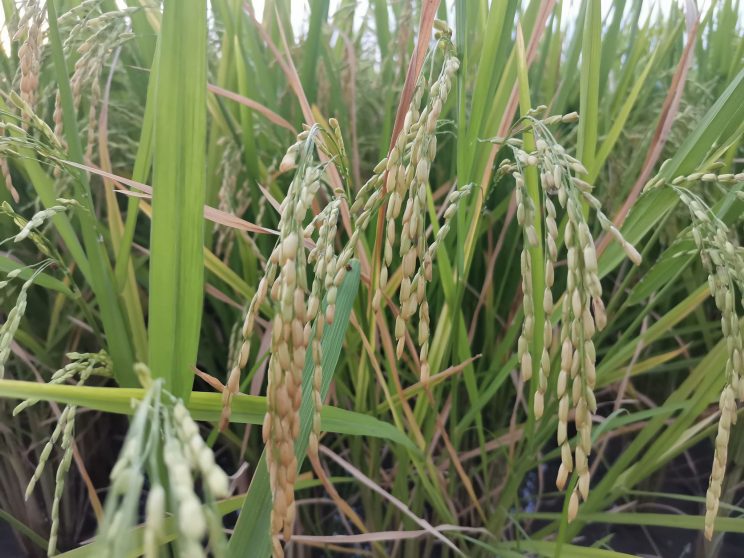 Rice farming is the main business of the family.

Being in the business of farming for years, Munsayac said that farming will teach people to be patient and optimistic since there are hits and misses when it comes to growing food.

In order to keep from being defeated, it’s best to be optimistic and think ahead about what to do during the next cropping season and implement practices that could save a farm from being devastated by drought, pests, diseases, or flood.

Lastly, Munsayac encourages growing indigenous crops since they’re more realistic to grow in one’s backyard, thus offering practicality and food security. Plus, it also helps in securing as well as proliferating these varieties for future generations to enjoy.

“We have enough food, amid extended ECQ” – Dar