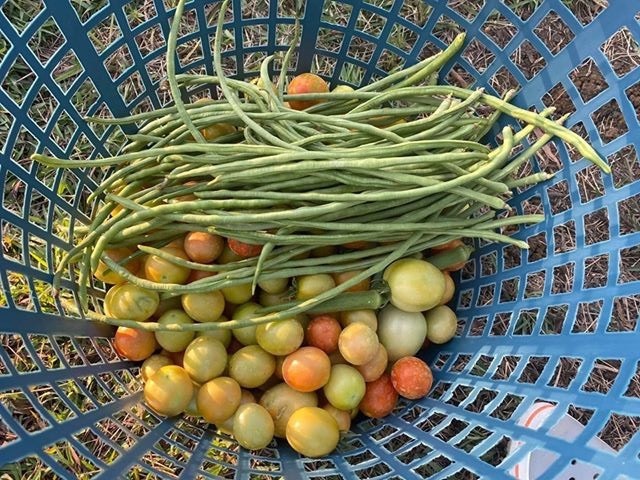 PUERTO PRINCESA CITY, Palawan-Former rebels in Palawan have started benefiting from the greywater filtration system that they have learned to construct from the Marines stationed in the area to irrigate vegetable home gardens during the dry season.

She explained the filter allows the former rebels (FRs) to earn a living without depending so much on the cash aid from the government as they integrate into mainstream society. 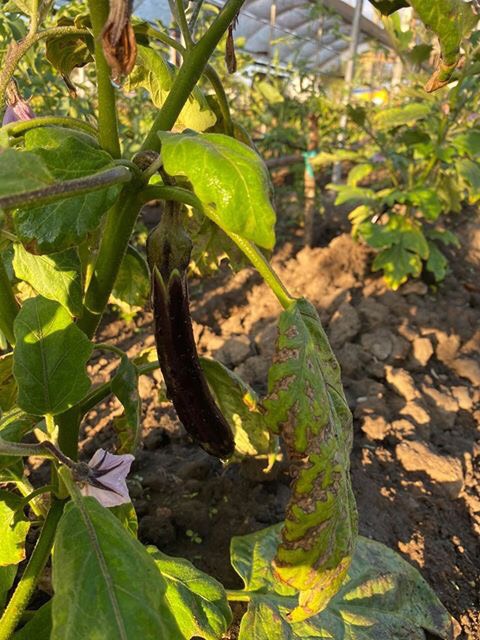 One of the crops being grown on the base’s farm is eggplant. (Photo courtesy of Captain Orchie Bobis)

Bobis said even before the enhanced community quarantine (ECQ), the FRs that the 3MBde were supporting under the Provincial Task Force ELCAC were already benefiting from the farming methods the Brigade has imparted.

(“Before ECQ, we already had a garden inside the Brigade. We grow almost all the vegetables from the song “Bahay Kubo.” Our FRs are responsible for the garden. In fact, we’ve been harvesting vegetables until now, during this period of COVID-19.”)

Bobis said that the person in charge of teaching the FRs on the employment of the greywater filtration system is Capt. EQ Tohoy, officer-in-charge of the Combat Service Support Task Group (CSSTG) III, whose hobbies include growing vegetables and other plants.

She said Brigadier General Nestor Herico, commander of the 3MBde, wanted the former rebels to become self-reliant, not only when there is a crisis.

(“Gen. Herico believes that farming will help them integrate into society because they can make money from it. Something simple [that] can be done even without water, especially during the hot months.”)

The water crisis that most vegetable farmers in the city are facing is not a problem inside their headquarters because of the filtration system method that Tohoy has taught the FRs, she added.

Tohoy said it took him a week to teach the rebel returnees and to some of their troops to set up the greywater filtration system to provide water to their farm inside the 3MBde.

The idea is to make everyone be productive, aside from teaching the former rebels effective watering techniques. 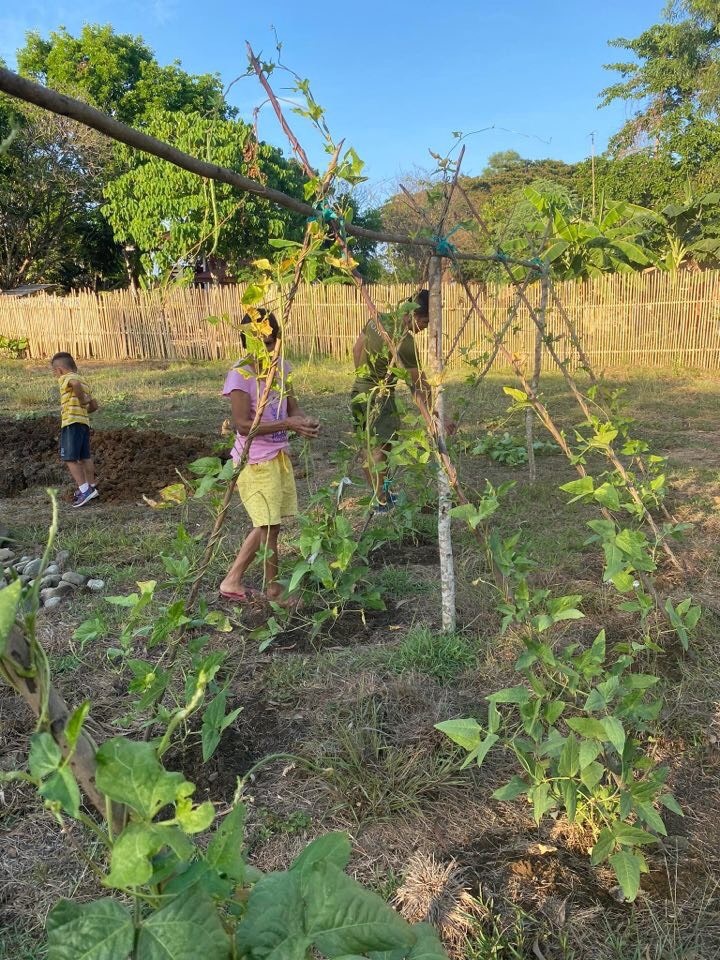 The 3rd Marine Brigade has been helping former rebels in Palawan use farming as a way to integrate into society even before ECQ. (Photo courtesy of Captain Orchie Bobis)

(“We made this because there often isn’t any water, so we thought of reusing wastewater, or the water used for bathing, laundry, and dishwashing. Especially now that there’s COVID, people can’t leave, so at least this way, they have something to do. This water is only for watering the plants, not drinking.”)

(“[The water] is filtered using gravel, grass, and coal—stuff like that. It’s like a canal that’s been fitted with a filter.”)

He said the project is also intended to ensure food security among troops and FRs receiving support from them and the ELCAC task force, as well as to recycle water in an environment-friendly way.

In the time of COVID-19, he said learning to grow home gardens promotes the need for people to follow physical distancing measures to avoid spreading the pandemic.

(“There are only two aims: to have a source of vegetables inside the camp, kind of like, we have food security, so you don’t need to go out. Second, We’re doing something helpful so we don’t have to use drinking water to water the plants.”)

(“They can do this in their homes. It’s better because wastewater isn’t thrown away and it’s low cost, too. If you want to achieve something, there’s always a means to get it done.”)

Aside from gardening, the FR learned to raise livestock such as goats and ducks.

They are also now venturing into mushroom farming.