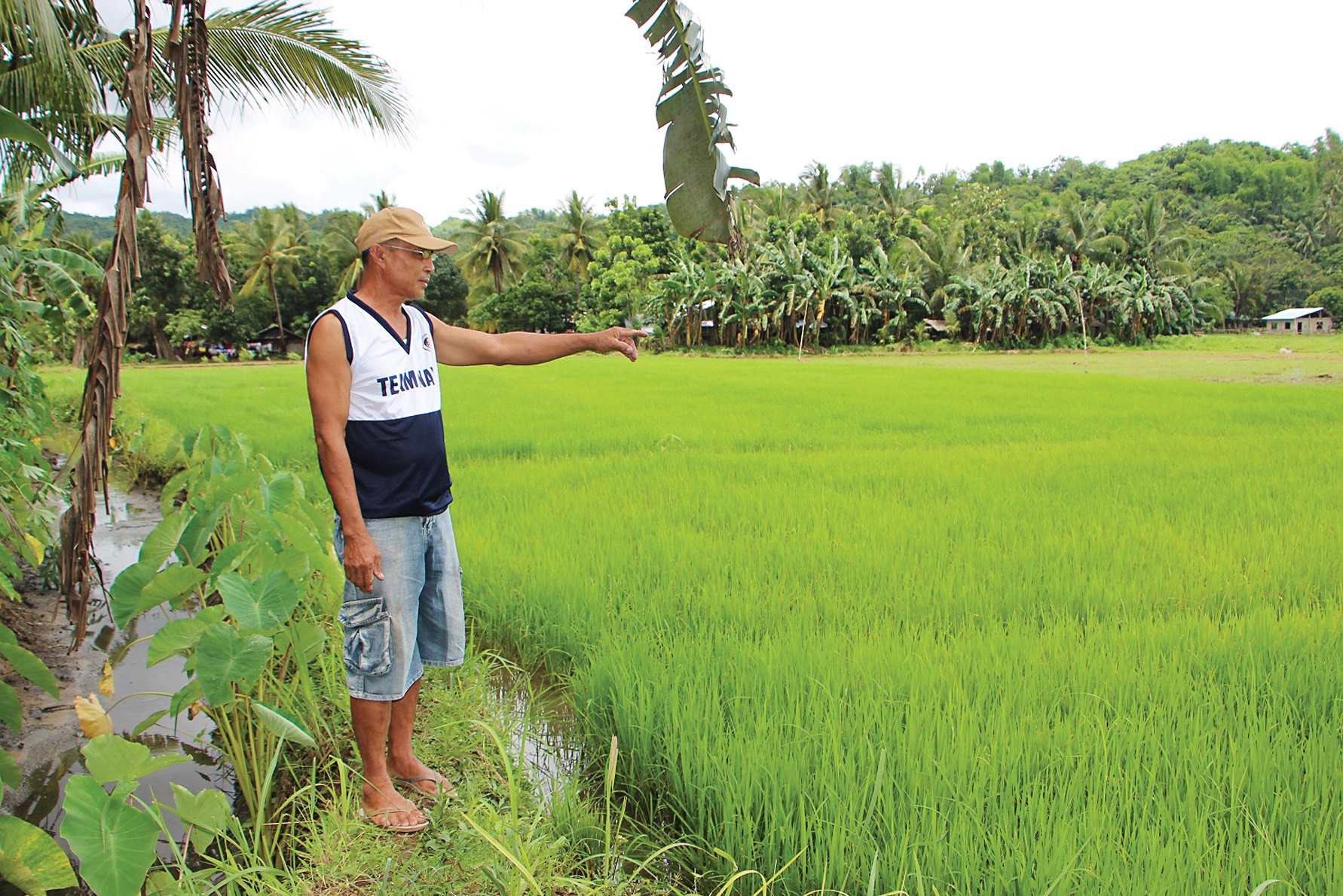 Nowadays, it would be almost impossible to feed a family of 14 where the only source of food will just be the harvest from a 1.6-hectare farmland, the location of which was disturbed by the tailings of a mining company that ceased operation several years ago.

The small farmland is owned by Romeo Rodriguez, which is located in Barangay Gil Montilla, Sipalay City in Negros Occidental – an area which was also affected by the then mining operations in the nearby village.

At that time, some 7,000 to 10,000 residents were affected, many of whom are small farmers who were mostly dependent on the water coming from a river for irrigating their farms. 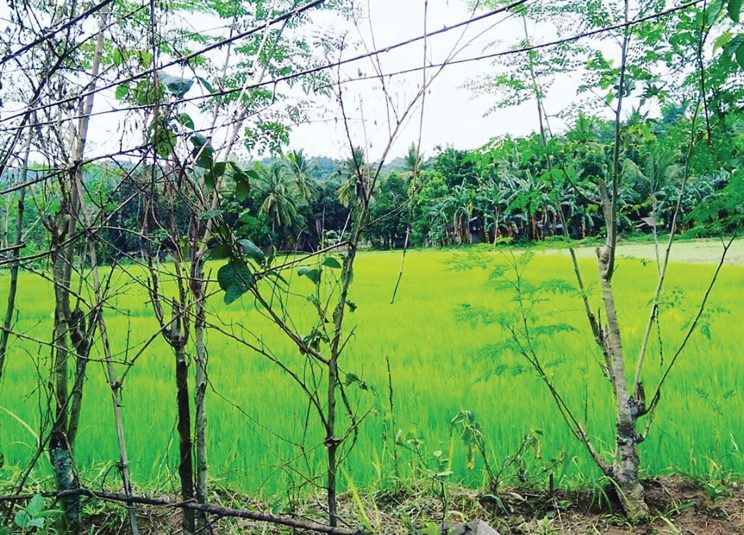 This is just an area of the integrated farm of Rodriguez where he harvests the fruits of his labor.

Local residents say that during the operation of the mining company, water was free, but when it ceased operations more than 10 years ago, it stopped allocating water.

The local government was then forced to provide water rations by utilizing water tankers on a daily basis, where the water was sourced from a nearby underground river which was not affected by the mine tailings.

The local government also spent for the rehabilitation of the nearby farmlands and was compelled to put up an irrigation project.

It was sad to note that when the mining company stopped its operations due to alleged labor disputes, many residents also lost their jobs – many of them are workers of the beleaguered mining project.

The incident forced Rodriguez to till his land and try to use different kinds of synthetic farm inputs in the hope of rehabilitating the soil.

Rodriguez narrated that during the earlier years, he was able to harvest some 100 cavans of rice, but this eventually started to dwindle to around 50 cavans, to as low as 14 cavans only.

The cause of this was the effect of the chemical fertilizers and other farm inputs he used in the hope of rehabilitating the land and expecting an increased harvest.

Alarmed by the ever decreasing output of his farmland, coupled with the increasing amount of farm inputs, Rodriguez went to the Hinoba-an Campus of the Central Philippines State University (CPSU) in nearby Hinoba-an town, Negros Occidental on November 2018 to ask for assistance for the rehabilitation of his farmland. 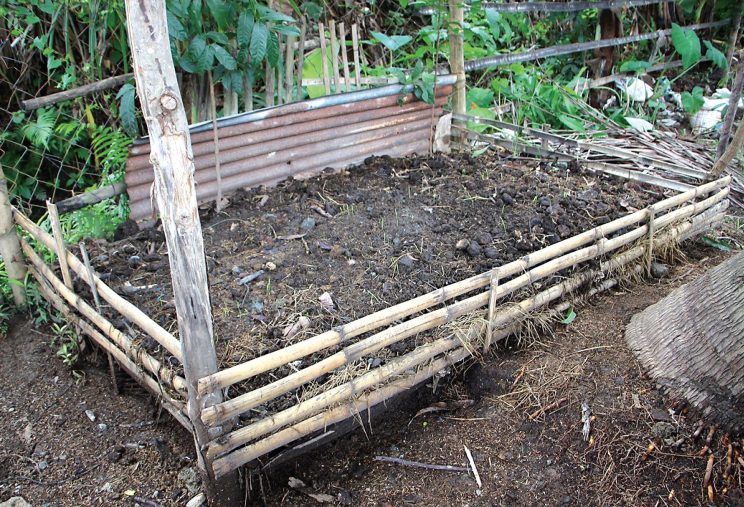 A small plot where Rodriguez initially used to produce vermicast.

Lucky enough, Rodriguez was able to meet CPSU-Hinoba-an professor Joean Escober, who analyzed his concern and recommended the use of vermicast as organic fertilizer, and vermitea as substitute for pesticide and herbicide.

Following his visit and consultation, the CPSU Hinoba-an Campus team immediately proceeded to the farm of Rodriguez in Sipalay, where a hands-on training and orientation was made.

The team also brought some two kilos of African Night Crawlers as start-up for Rodriguez in building his small composting area.

During the last week of December that year, the members of the CPSU Hinoba-an team visited the farm of Rodriguez where they found out that he had already produced just enough organic fertilizer to rehabilitate his small farmland.

Then in April 2019, Rodriguez enthusiastically informed Escober that he was able to harvest about 75 cavans of rice by applying only vermicast to his field.

The improvement can be attributed to the use of vermicast because it will not burn or damage even the most delicate roots of the plant, especially during extreme temperatures.

Vermicast can even prevent or minimize erosion, and when minerally-balanced, it can reduce the incidence of weeds. Using earthworm castings can greatly reduce the use of chemical fertilizers and other synthetic agricultural input. 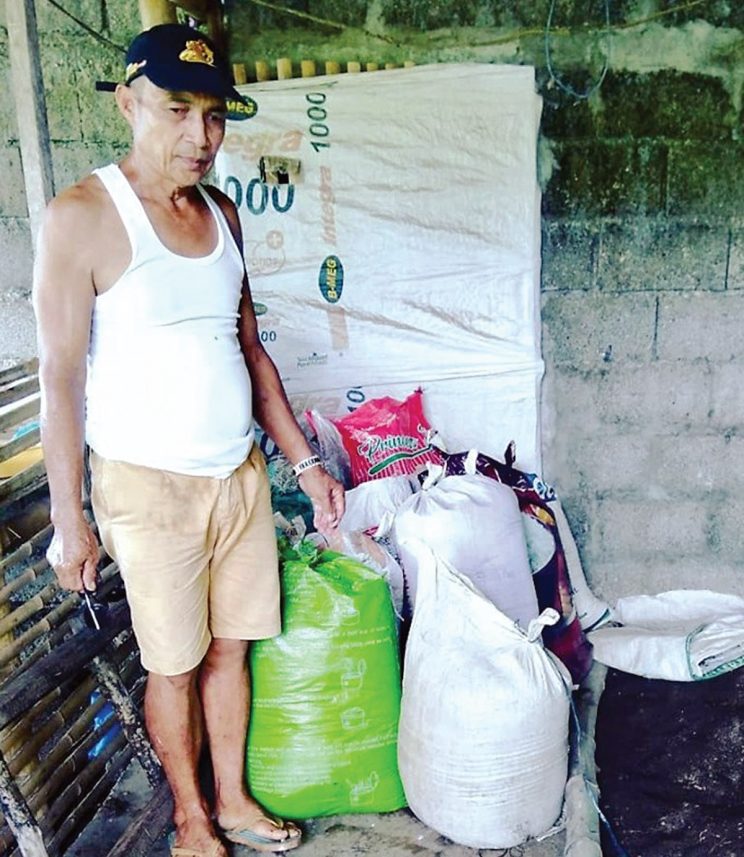 Rodriguez while collecting vermicast from his makeshift, but new composting facility.

Vermicast is a natural fertilizer that is created by using composting earthworms, which are placed in a container filled with compost.

The worms will then make their way through the food and excrete what we now call vermicast, or worm waste, which has the capacity to renew the soil and is classified as an organic fertilizer.

Meanwhile, Rodriguez attributed the improvement of his farm to the vital information and training conducted by the CPSU Hinoba-an team led by Escober.

“I only used vermicast as fertilizer, and vermitea as foliar supplement, which also served as pesticide and herbicide,” Rodriguez said in vernacular.

For her part, Escober shared that the considerable improvement attained by Rodriguez is his willingness to adopt the practical technology introduced to him by the CPSU Hinoba-an team.

After all, vermicast is organic and a natural fertilizer which can promote a sustainable production, better profitability, sustainable agriculture, and help in attaining food security in the country, Escober pointed out.

It was learned that the farm of Rodriguez even became a model in the province of Negros Occidental for illustrating the sustainability and productivity of a small farmland, where rice can be sufficiently produced, different varieties of vegetables are cultivated, and freshwater fish like tilapia can be grown for feeding his family of 14.

As this developed, even the Negros Occidental Provincial Agriculturist visited the farm of Rodriguez, together with CPSU president Dr. Aladino C. Moraca, to witness for themselves how a once deteriorated farmland can be rehabilitated effectively and economically by using organically produced farm inputs.

According to Moraca, the CPSU will continue to provide its services and technologies to small farmers to help them improve their respective farmlands.

“The application of naturally-produced farm inputs like vermicast appears to be a vital factor in increasing the productivity of small farmlands,” says Moraca.

The practice of integrated farming, like the one being adopted by Rodriguez, will go a long way in improving the lives of marginalized farmers, where they can have a sufficient and sustainable harvest to feed their own families.

Today, Rodriguez can already produce hundreds of kilos of African Night Crawlers from his improvised composting area, which is more than enough for his use in his farmland.

Not-for-profit market links farmers to consumers at competitive prices, even during quarantine

Five tips on how to build raised garden beds