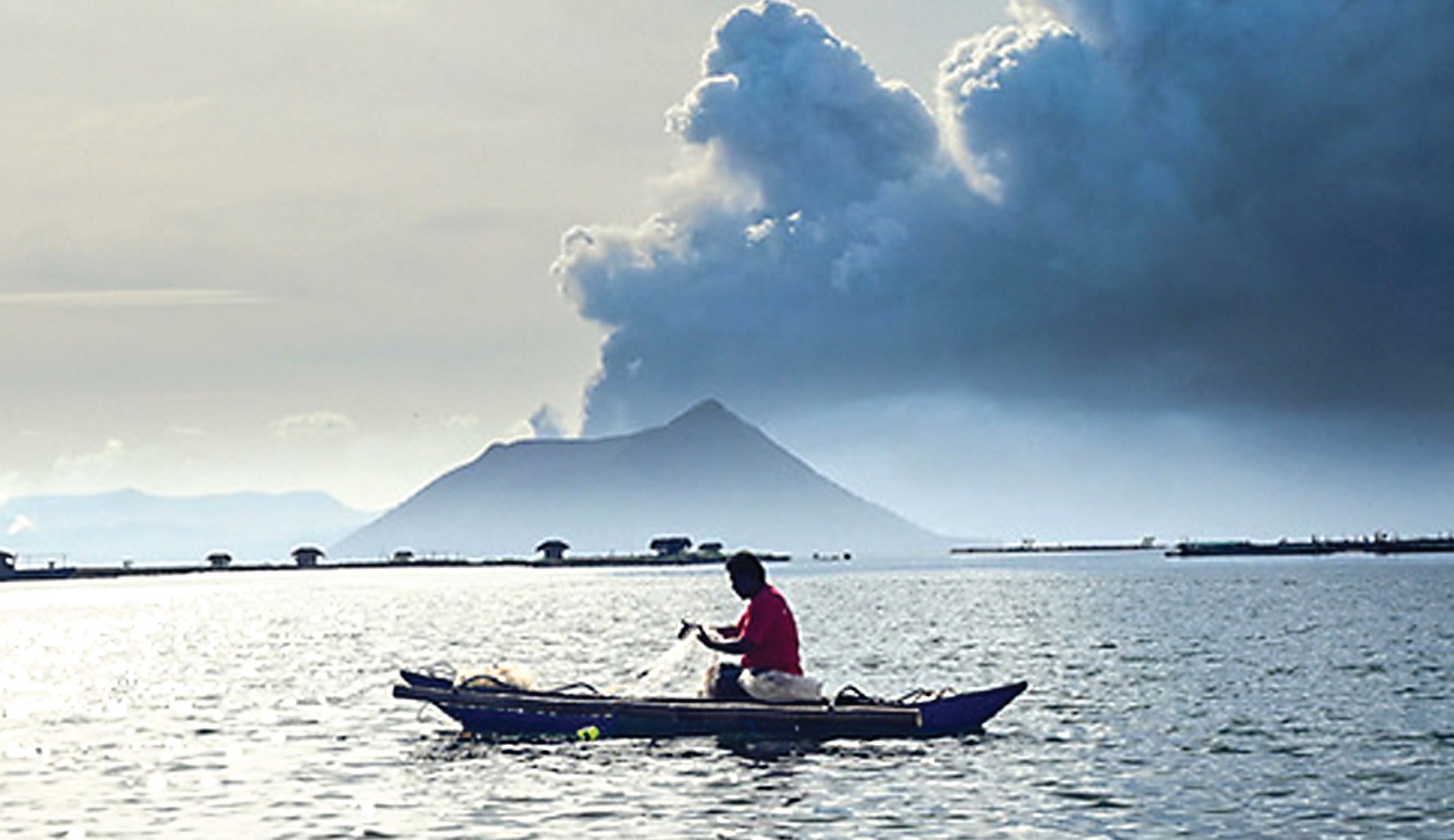 With the eruption of Taal Volcano in Batangas on January 12, 2020, the extensive
damage to agriculture of the province and fisheries of Lake Taal due to the ash spewed
out was estimated to be more than R3 billion. As much as a meter or more of ashfall
on land was reported in the areas close to Volcano Island in the middle of the lake.

Volcanic ash consists of “fragments of rocks, minerals, and glass that measure less than two millimeters in diameter.” The pyroclastic materials are produced “when dissolved gases in the magma (molten rock) expand and escape violently into the atmosphere or when the magma comes into contact with water causing steam and shattering of the magma.”

Lake Taal is the third largest lake in the Philippines, with an area of 24,356 hectares and an average depth of 60 meters. It is the “home of the world’s only freshwater sardinella” locally known as “tawilis” (Sardinella tawilis), a relative of the marine “tamban” (Sardinella fimbriata), which became landlocked (separated from the sea) with the volcanic eruptions in the 18th century. Aside from the commercial capture fishery for “tawilis”, there is also a major industry for the culture of the Nile tilapia (Oreochromis niloticus) and milkfish (Chanos chanos) in floating cages in the lake.

The impact of the volcanic ashfall on the fisheries of Lake Taal was devastating, particularly in the shallow areas near the shoreline where fishes were killed due to suffocation with the smothering. The loss of the floating cages which sank into the deeper portions of the lake with the sheer weight of the ash that topped over them was also a major impact. Since no “fish kills” were reported in the deep parts of the lake, it is believed that the fishes present in the cages during the eruption could have swum out into the open water with the sinking of the cages. The tilapia caught in the lake about two weeks from the eruption was found to be safe for human consumption by the Bureau of Fisheries and Aquatic Resources.

As to the tawilis fisheries, there was no report of floating dead fish in the lake. The schools of the plankton-feeding fish that swim near the lake’s surface could have tolerated the impact of the ashfall by going into deeper waters. There was initially a smothering effect of the ashfall on the plankton (minute plants and animals suspended in the water) that reduced the dissolved oxygen in the water with lesser photosynthetic activity (source of oxygen). Before settling at the lake’s bottom, the ash causes turbidity of the water limiting sunlight penetration that is essential for photosynthesis.

In the 1991 eruption of Mt. Pinatubo in Zambales, we reported in this magazine (November 1997) that 6,942 hectares of fishponds in the provinces of Bataan , Pampanga, and Zambales were damaged by ashfall and lahar with loss of stocks and damage to fishfarm structures estimated at P273.2 million.

Scientists of the United States Northeast and Alaska Fisheries Center tested the effect of volcanic ash from the eruption of Mt. St. Helens on salmon juveniles in 1980. From assays, it was found that a concentration of 5% ash in water did not cause any death of the fish within 24 hours while a concentration of10% ash in water caused 60% mortality within 6 hours. The volcanic ash covered the gills of the fish that caused their death
due to suffocation.

A study in 1080 by researchers of the US Fish and Wildlife Service in Alaska showed that volcanic ash had a fertilizing effect on a lake.