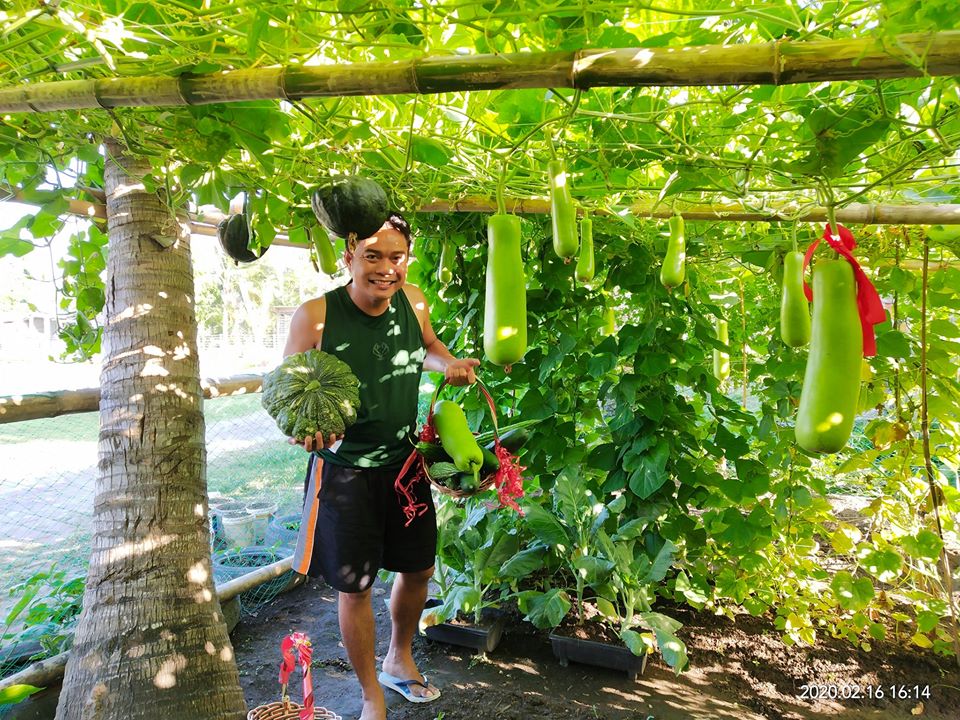 In the book of Genesis 1:29, it is said that every plant that yields seed and every tree that yields fruit will be a source for food for the people on earth.

Father Rex Ramos, the parish priest of St. Vincent Ferrer Parish in Ombao Polpog, Bula, Camarines Sur aims to teach this specific verse, and he started by converting the small space beside his rectory into a vegetable garden. 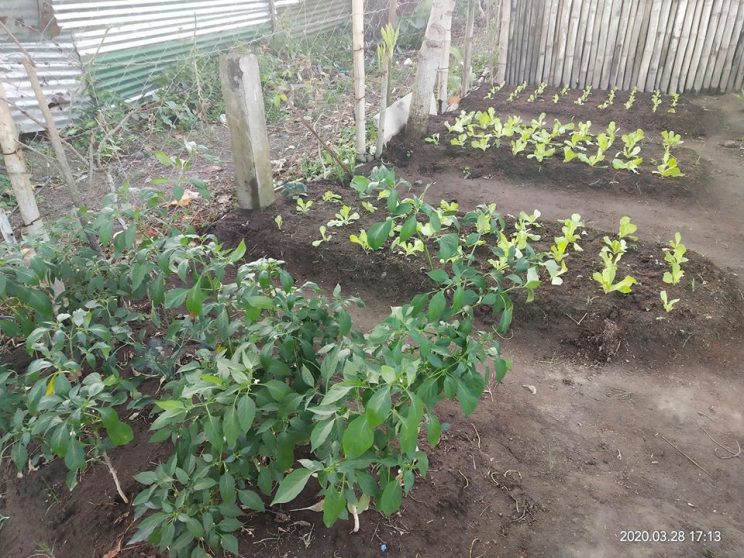 Fr. Ramos began growing vegetables in a vacant space beside his rectory.

“I planted vegetables for our everyday consumption so we will not have to buy anymore and we can produce them naturally,” he said.

He then shifted his attention to a vacant plot that measures about 1,000 square meters located at the other side of the parish. However, he discovered that the soil there was muddy, infertile and prone to erosion.

The parish priest decided to remedy this by using three components: soil, used tires, and a vegetable trellis.

Next, he had to worry about flooding every time it rains. He went to vulcanizing and tire shops to ask for used tires which he transformed into planters and eventually as a reinforcement for the trellis. . 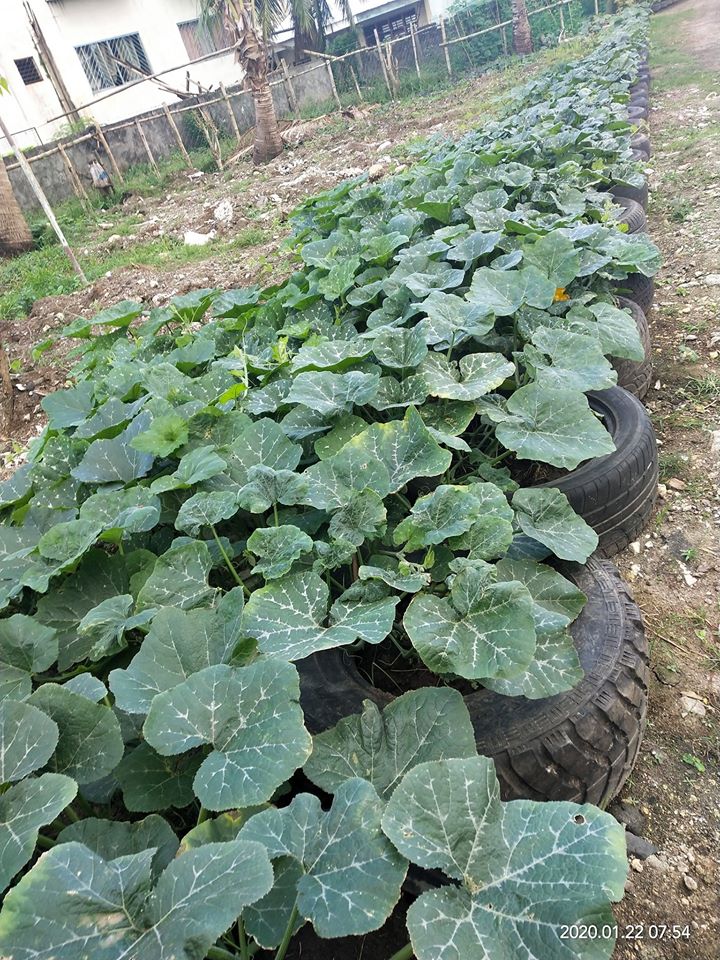 Old tires were repurposed as planters for kalabasa.

Finally, the parish priest decided to turn to the heavens in order to get his vegetable garden to survive–he opted to use a vegetable trellis with an arched design because he found it visually appealing and able to overcome the infertile soil and the flooding problems that he came across.

He then fused the three components to make the vegetable garden resilient and easy on the eyes. After covering up the infertile soil with garden soil mixed with chicken manure, he laid out the used tires to become the foundation of the arched vegetable trellis.

Once he finished doing so, Fr. Ramos planted all sorts of vegetables that are commonly consumed in households.

“When you sing the Bahay Kubo song, almost all the vegetables mentioned there are grown in the garden,” he said.

With the basics of farming that he learned from elementary school, partnered with  information that he gets online, Fr. Ramos has learned a lot about vegetable gardening.

From a hobby to a lesson about food security

Initially, the priest’s gardening adventures began as a hobby and a means for him to unwind. He later decided to start vegetable gardening to create a food source for the people in the community.

“My goal is to teach my parishioners simple backyard gardening in their limited spaces so they can lessen their expenses. I want my garden to be a model that they can emulate,” he said.

Fr. Ramos managed to plant in his vegetable garden even before the Enhanced Community Quarantine (ECQ) brought about by the COVID-19 pandemic was imposed. Now, he harvests the produce and distributes it as relief to those who can’t afford to buy from the market. 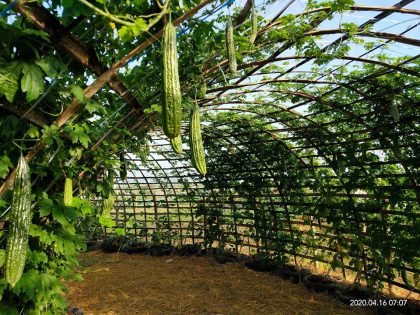 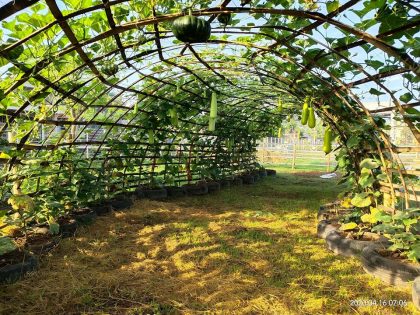 Vegetables like ampalaya, upo, and kalabasa are some of the produce growing in the parish priest’s garden.

The power of three letters

According to Fr. Ramos, the secret behind his lush vegetable garden can be found in three letters: TLC.

Tender loving care is important to have when caring for a garden. To keep a garden healthy and crops productive, it has to be watered regularly, kept free from weeds, and monitored thoroughly.

At first, the parish priest worked on his vegetable garden alone. After he established the arched vegetable garden, he needed help in managing his crops and making sure that they all receive TLC.

Fr. Ramos then taught his acolytes, or sakristans in Filipino, how to care for the garden. With their help, the parish priest’s dream came to life and is being enjoyed by many in their community.

A quick guide to producing sitaw