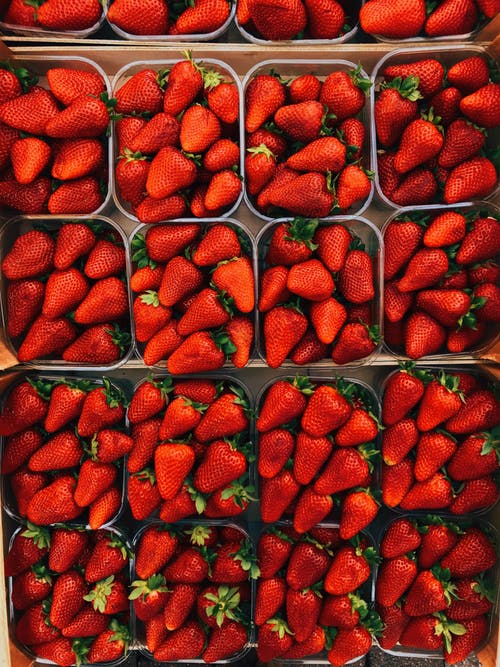 In the dictionary, serendipity is defined as a development of events by chance that result in a happy or beneficial outcome.

Max Carasig and Eric Alvarado describe their meeting as serendipitous because this started a partnership, and friendship, between them that linked the strawberry farmers of Benguet to a market in Metro Manila.

Both Carasig and Alvarado were volunteers for Feed Philippines, a non-profit organization with a mission to feed and nourish every Filipino child. But due to the COVID-19 pandemic and the Enhanced Community Quarantine (ECQ), the organization began holding food drives for frontliners as a way to show gratitude to the modern day heroes.

While Alvarado supplied the drive with vegetables from his farmer community in La Trinidad, Benguet, Carasig was on the receiving end and made sure that these goods were donated to the non-profit organization.

“After spending some time talking to each other, we realized that we have the same goal for farmers: to provide them with their needs during this trying time,” Carasig said.

Prior to meeting Carasig, Alvarado’s neighbor asked if he would be able to sell 500 kilograms of strawberries in the metro. He managed to do so by sending the produce via a provincial bus line before the ECQ was implemented throughout Luzon. 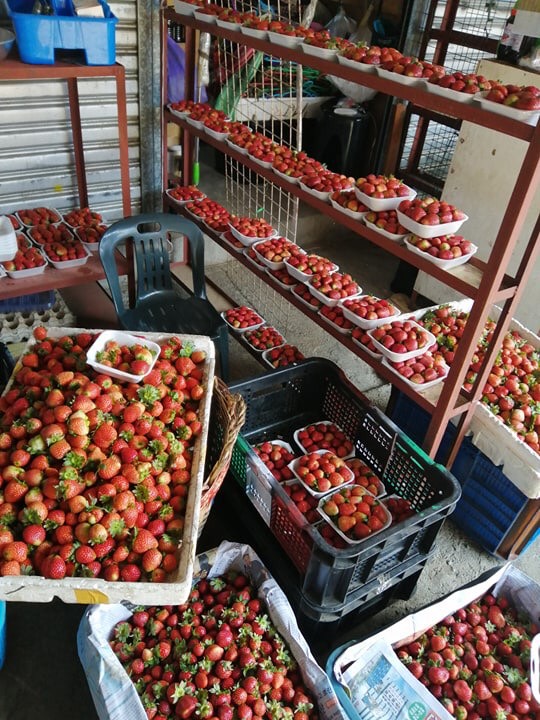 Due to the ECQ, strawberry farmers in Benguet weren’t able to sell their produce and experienced a surplus in their harvest.

The next time around, he told this dilemma to Carasig, who decided to help out by shouldering the delivery fee for the strawberries.

They eventually realized that doing this once won’t be sustainable so they decided to establish a platform where customers from the metro can order from them.

Initially, Carasig and Alvarado only wanted to sell the 500kgs of berries but after posting about it online, they received more orders, which then prompted them to source from other farmers.

“Logistics was a problem before because strawberries are very fragile. In the few hours it takes for the strawberries to get here, we already saw damages even if they left Benguet fresh,” Carasig said.

To properly sell the strawberries while also spreading awareness about the situation of the farmers in Cordillera, Carasig recruited her high school friends and their special skills into creating an online platform called “Sadiwa,” which aims to uplift its partner farmers while ensuring the quality of the produce delivered to their customers.

“They were invested with my veggie donation drive and they continued to support me with my other plans. By using our professional skills, we managed to create Sadiwa, “ Carasig said. 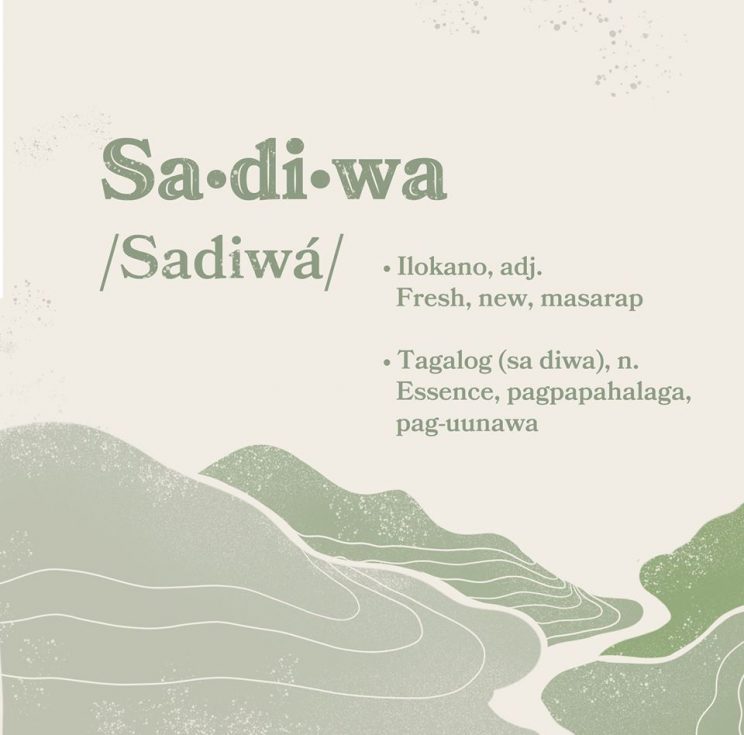 SADIWA is a team of determined women rising from the heart of Metro Manila who aspire to give more to those who have less.

Carasig remains in charge of the logistics in the metro while Alvarado oversees the delivery of goods to and from Benguet. They make sure that the strawberries are of good quality from harvest until delivery to the consumer.

The strawberries were first sold at P280/one kilo and P250/10 kilos and up since packaging wasn’t available at the time due to the ECQ and its restrictions.

However, they managed to find a supplier so decided to up their price by P150 per 500 grams while also practicing fair pricing for both the consumers and farmers.

Carasig added that through selling the strawberries in packs, the team manages to cover for packaging and delivery expenses. 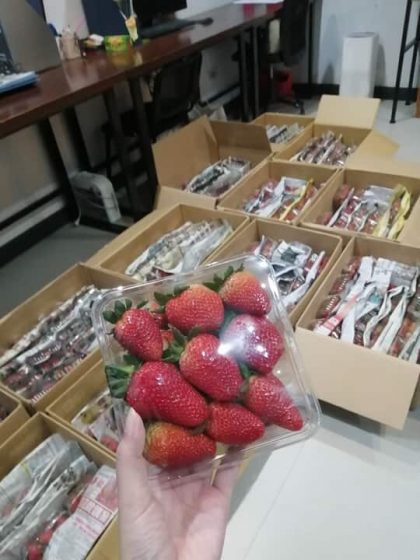 The strawberries are sent from Alvarado’s care in Benguet to Carasig’s in Quezon City. 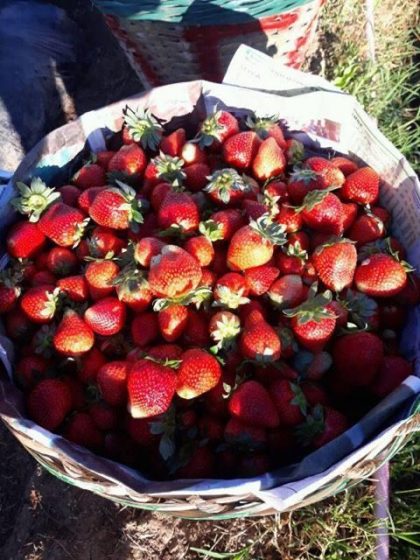 Both the farmers and the Sadiwa team make sure that the strawberries are of good quality. 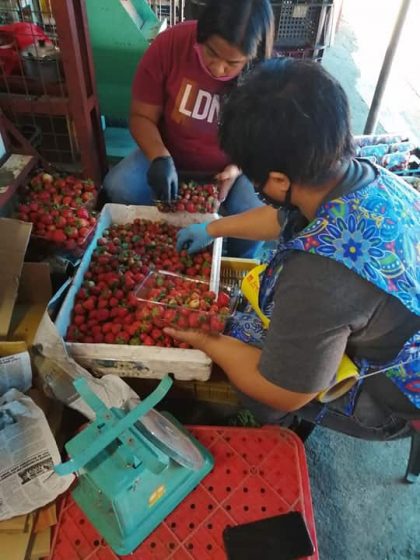 Farmers packaging freshly-harvested strawberries to be sent to Carasig.

Any extra income that they earn are used to buy surplus vegetables from Cordillera farmers which are then donated to food drives.

Other than selling strawberries, Sadiwa also offers strawberry jam at P150 for eight ounces and P180 for 12 ounces.

According to both Carasig and Alvarado, their alliance was only meant to survive until the end of the ECQ or when the farmers can access their markets again.

“We’re focusing our efforts into making Sadiwa efficient during the ECQ to mitigate any losses and to increase the goods that we can give to the nation,” Carasig said.

However, Alvarado hopes that his actions would help inspire the farmers in his community to be able to look for their own customers without having to rely on his or anyone’s help.

“Our main goal is to shorten the food chain link as much as possible. I want to educate farmers about what I do so they can contact organizations or markets directly,” Alvarado said.

In the meantime, the pair have started to help the farmers shift from cash to ATMs so they can receive payments from their transactions faster. 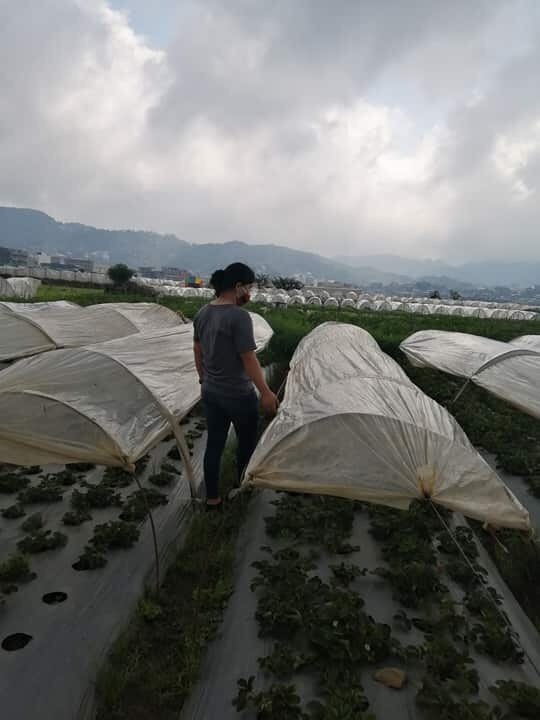 Strawberry farmers are given an opportunity to sell their produce to the market through Sadiwa.

“Our farmers are mostly aged 50-years-old and up. Due to the ECQ, we’ve had limitations with payment methods since ATM withdrawals have limits and lockdowns in areas prevent Eric or other people from going to pay them in cash,” Carasig said.

Luckily, they met a client who’s friends with someone in the top management of RCBC, a local development bank, who can help the farmers create their own bank accounts for faster transactions.

The pair are working together, along with the farmers, to create a more efficient process of getting the products safely to the metro while improving farmers’ lives during these trying times.

For more information or to order, visit Sadiwa on Facebook .