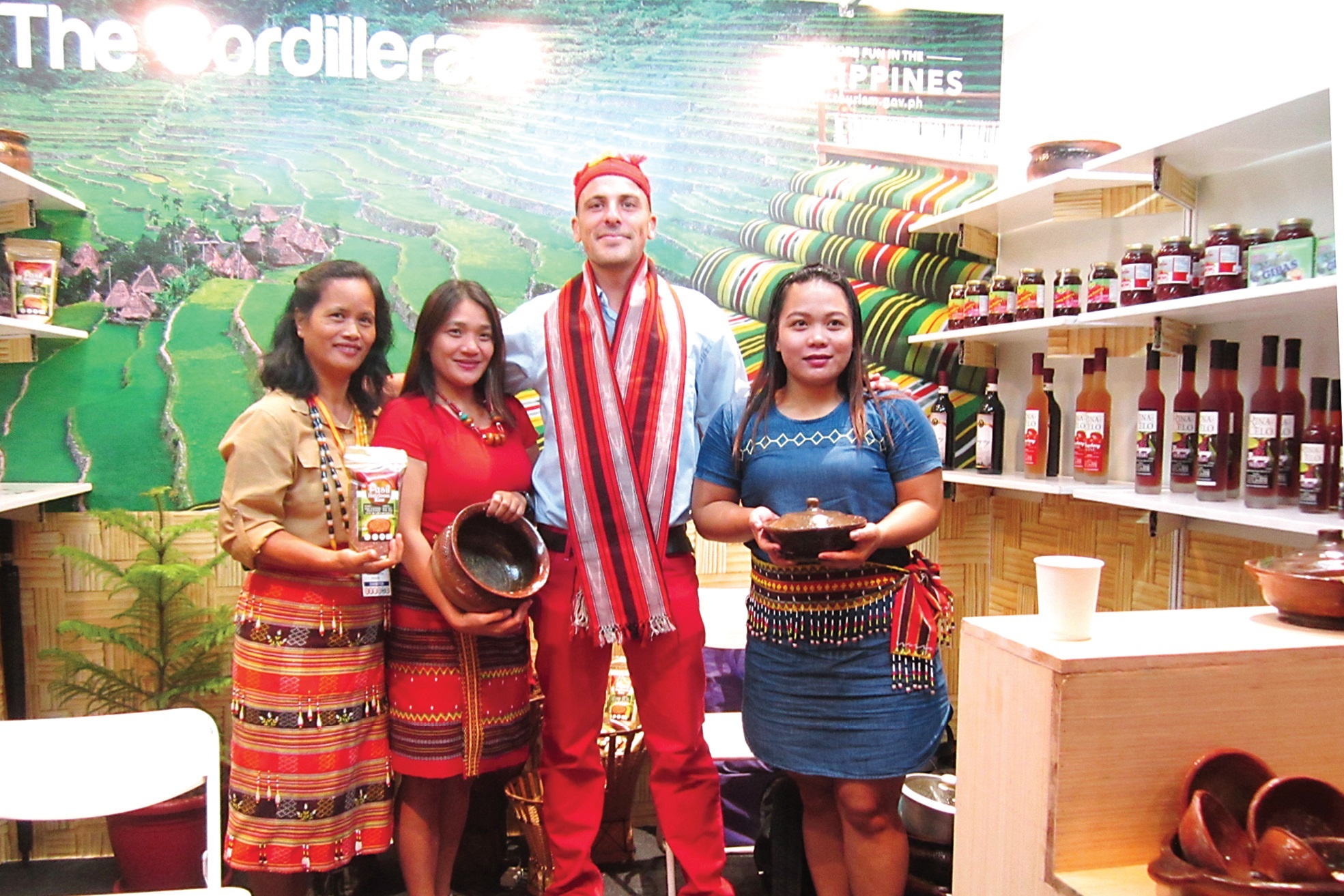 In the Philippines, one way of identifying a region or locality is through the food, or gastronomy, in which that area is uniquely known for. The rich taste of every ‘distinct’ recipe is almost always impossible to forget, especially with Filipinos’ fascination with diverse kinds of food. When we travel, the question we often immediately ask is, “what food is this place known for?”or “where can we possibly eat the best tasting food on this particular place?” But most importantly, we, being Filipinos, tend to include rice as a staple, and a cup of coffee to complement every meal.

Just recently, the Mountain Partnership Secretariat of the United Nations Food and Agriculture Organization, Slow Food, and the Department of Tourism launched the Food and Tourism for Mountain Development project. The project aims to identify high-quality products, enlist them in the voluntary labeling scheme for mountain products, train small-scale producers in agroecological and Slow Food practices, and support them to market their products by connecting them to tourism service providers, chefs, specialized food businesses and outlets across the country.

Two of the products that have been identified to highlight the project, which could promote the Cordillera region’s biodiversity and which could bring livelihood to the mountain communities, are the Itogon Arabica coffee, and the Ulikan Red rice.

The Henry & Sons and Shalcoa collaboration

Tracing its history back to over 80 years, Itogon Arabica coffee has been cultivated mainly by the local indigenous Igorot people only in their backyards; their main source of livelihood at that time was through mining. However, when typhoon Ompong hit Itogon in 2018, deadly landslides led to the closing of the mines and the locals lost their main source of income. What was left were the coffee beans, which could serve as their means of alternative livelihood – only if they knew how to make good income from them. And this is where the Henry & Sons and SHALCOGA collaboration came in. 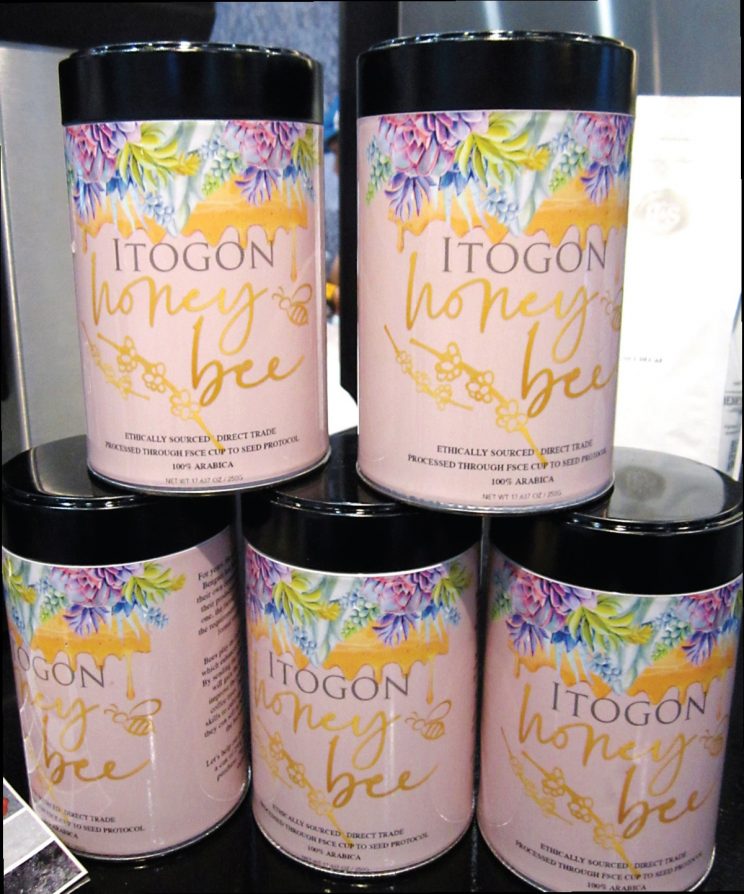 For years, the coffee farmers from Itogon, Benguet has been working hard to form their own cooperative to help them increase their production and income.

Henry & Sons is a leading manufacturer of freshly roasted coffee beans established in 2013. Its president and CEO, National Barista Champ Michael Harris Conlin, launched the Foundation for Sustainable Coffee Excellence (FSCE) with the aim to have a sustainable specialty coffee economy in the country. “What [changed] my mind was imagining what I can do for the Philippines if I can inspire, bring Philippine coffee to the world stage, and inspire farmers and consumers in the Philippines, to one, plant, and the other to consume Filipino coffee and create a fully-sustainable coffee economy that only the Philippines would have.”

The Giving Café, a social enterprise in order to sustain the activities of FSCE was established; included in its thrusts is The Giving Well, which provides potable water to coffee farming communities. Conlin and his team delivered water to Itogon just after typhoon Ompong devastated the area. As the mayor thanked them for the water during ceremonies, he also revealed that they had coffee beans and he was trying to ban small-scale mining to prevent similar dangers to their safety and environment in the future. It was there that Conlin ended up helping the community move from mining to coffee-growing.

“We started processing the coffee last November. It’s one of the nicest discoveries we made. The coffee taste is like cherry and anise. And when you mix it with strawberries from La Trinidad, it tastes like root beer,” Conlin shares. Since then, local farmers were encouraged to cultivate Arabica for the national market. Fifty women and four men from Itogon organized themselves to form the Saddle Hartwell Lumbag Coffee Growers Association (SHALCOGA). Aside from providing the training to grow and process the coffee correctly as the company worked directly with family members, one of the technologies that Henry & Sons provided to the association was the moisture meter to ensure the quality of their coffee harvest, and which could give them good market advantage. 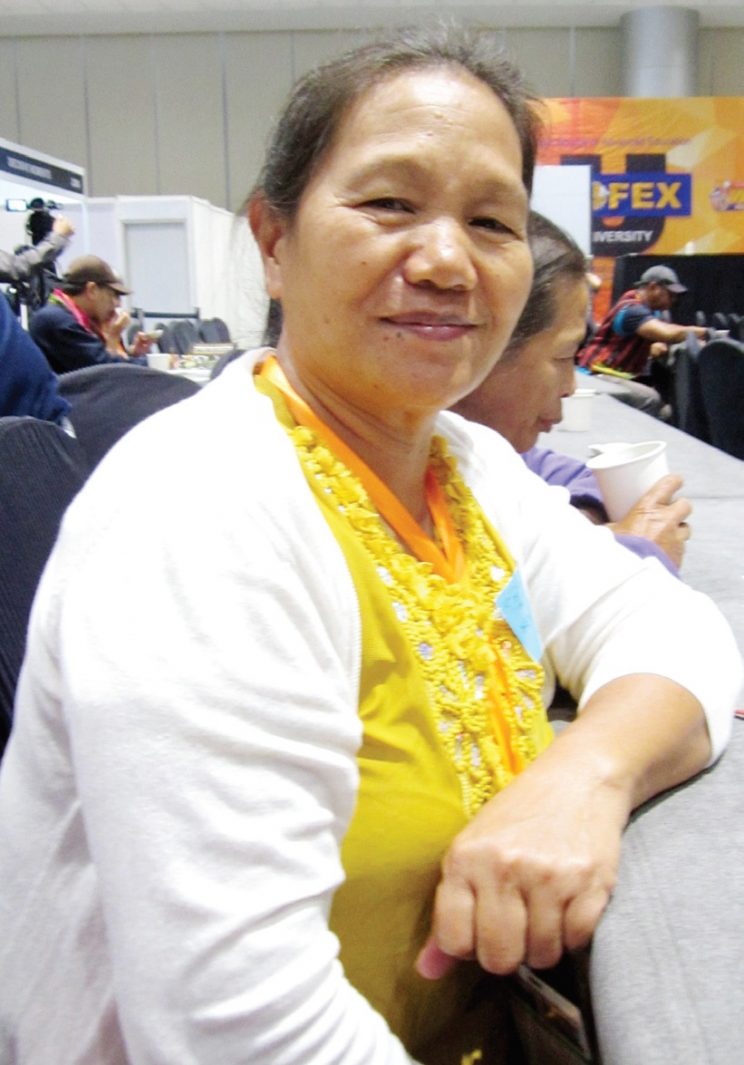 Itogon Arabica coffee helped backyard coffee farmer like me obtain a sustainable means of livelihood,” Elma Serna, SHALCOGA president, proudly shared. Serna, together with other members of SHALCOGA, attended the launching of the Food and Tourism for Mountain Development Project in Manila.

As a means of paying tribute to local women coffee farmers in Benguet who sort every coffee bean to ensure quality, Henry & Sons launched a crop to market website where a digital transparency report for each can of coffee that is sold online would be revealed. “It’s our vision to promote transparency throughout the agricultural value chain,” says Conlin. The gap between farmer and consumer has gotten smaller – from how much the coffees are sold, all the way down to how the consumer’s tax is paid to the government.

“When you buy a can of our Nano lots, simply scan the QR (Quick Response) code and it opens not only the report, but the information of the farmers, their families, and their farms. Now, anyone and everyone can pitch in the effort for sustainability by donating seedlings for any of the farmers to plant by simply clicking the button,” Conlin concludes.

The Ulikan Red rice, on the other hand, is an heirloom variety cultivated by women farmers in the rice terraces of the Pasil River Valley in Kalinga. Due to the versatility and adaptability of Ulikan Red to the elevated rice terraces, it has become a popular source of food for the barangay of Pasil. Strongly linked to local culture, the rice is often given as a gift to newlyweds as this symbolizes prosperity and food security. The importance of Ulikan Red rice has been passed orally from generation to generation.

Citing the Ulikan Red rice’s importance for preservation, Slow Food International is planning to include said variety among its Ark of Taste commodities. The Ark of Taste is an international catalogue of endangered heritage foods which is maintained by the global Slow Food movement. The Ark is designed to preserve at-risk foods that are sustainably produced, unique in taste, and part of a distinct ecoregion. It aims to maintain edibles in its purview by actively encouraging their cultivation for consumption. By doing so, Slow Food hopes to promote the growing and eating of foods which are sustainable and preserve biodiversity in the human food chain.

Foods included in the list are intended to be culturally or historically linked to a specific region, locality, ethnicity or traditional production practices, in addition to being rare. Since the foundation of the Ark in 1996, 4,866 products (as of October 2018) from over 149 countries have been included. The list includes not only prepared foods and food products, but also many livestock breeds, as well as vegetable and fruit cultivars. All foods in the catalogue are accompanied by a list of resources for those wishing to grow or buy them.

For Slow Food Councilor for South East Asia Pacita “Chit” Juan, coffee and rice go hand in hand. “We consume it every day, that is why giving importance to each of these Filipino staples are just as important.”

According to Lam-en Gonnay, who is a member of the Rice Terraces Farmers Cooperative from Pasil, Kalinga, the Ulikan Red rice variety deserves to be preserved since it was inherited from their forefathers; this is also a means of supporting women farmers in Ifugao who toil in the field to preserve the seeds. “People tend to forget the original variety that was planted by the Indigenous people with the introduction of hybrid or high-yielding varieties,” Gonnay said. Citing other benefits, Gonnay continues, “It is very important to preserve the seeds; moreover, the system of farming being implemented in the rice terraces helps in mitigating climate change, it also helps in the preservation of biodiversity and the environment.”

Providing the market link between producers and consumers is also just as important in order to reach the target market. Labeling and packaging, which encourages consumers to patronize a product can also do a lot. An example of this is like what The EchoStore (Environment & Community Hope Organization Store), co-owned by Juan, did in selling Benguet coffee and rice in its many forms. The company’s way of paying tribute to the women who sorted the coffee, also gives importance to the origin and traceability of the products. “Consumers must be informed on the product; the stores must tell the story. After all, who wouldn’t want to know where our food is coming from? Farmers will continue growing for as long as there are buyers and consumers,” Juan narrates. For EchoStore, it has been 11 years that they have been taking mountain products to the city.

Gastronomy as a perfect narrative of one’s cultural background

Simultaneous with showcasing Cordillera region’s two biodiversity products is the introduction of the Cordillera Culinary Journey to the public initiated by the Department of Tourism-Cordillera Administrative Region (DoT-CAR). This aims to discover food and highlight the local cuisine in every province in the Cordillera for tourist guests. Just last year, DoT-CAR made its launching via its first local campaign ‘Mangan Taku’ (Let’s Eat). Selected participants get to experience Cordillera’s tradition through a food journey. As such, the DOT-CAR hopes to hold similar events later this year in order to sustain and continue the gastronomic narrative of the mountain province’s cultural background. According to Jovita Ganongan, DoT-CAR officer-in-charge, a cooking class of notable Cordillera cuisines could be incorporated during the culinary tour.

Indeed, the Food and Tourism for Mountain Development project gives us an understanding that food plays a central role in the life of every human being, and that it is tied to the cultural heritage, making it different from one location to another. It also teaches us that any recipe that is unique to a particular region needs to be appreciated and respected, for they are a reflection of the rich gastronomic heritage our forefathers had bestowed from generation to generation.