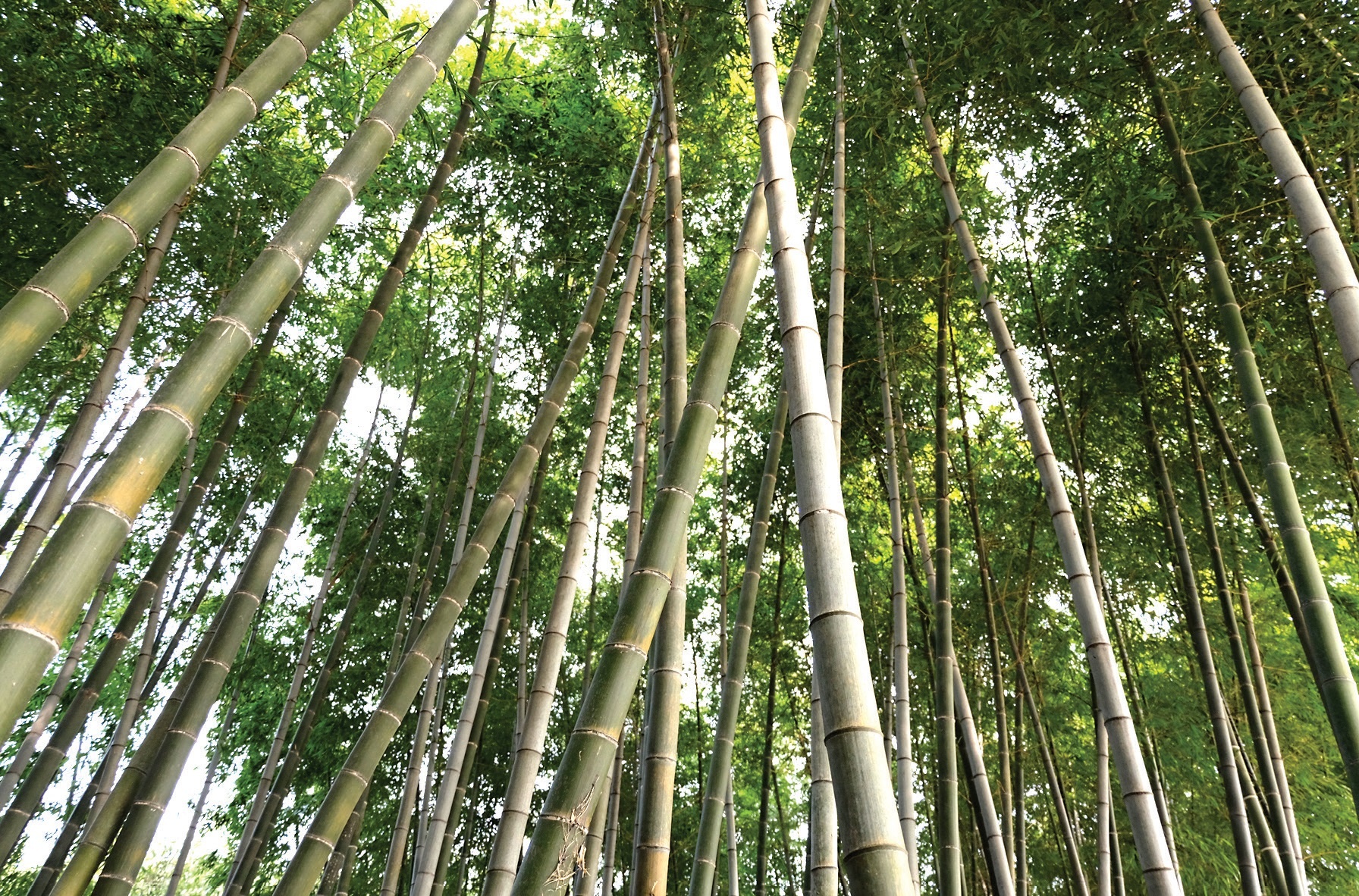 Bamboo is known by different names. But one that particularly sticks in the mind is bamboo being referred to as the “cradle to coffin” plant, owing to its wide variety of uses and benefits to humans from birth to death.

In the Philippines, bamboo is ubiquitous and is considered a highly-utilized resource for the household. In fact, Filipinos never go about their daily chores without using bamboo — from simply sitting on rustic furniture made from bamboo poles to using bamboo-made utensils for cooking.

Widely-known for being resilient, the bamboo’s hollow, slender stem sways with the gentle breeze and bends when a storm comes, but it doesn’t break. It remains standing tall even with the strongest wind. It is this particular trait that makes bamboo stand out among its counterparts. It has a tensile strength that can withstand the tension of being altered. In the realm of human behavior, this is called resiliency.

A perennial, woody-stemmed grass known for its rapid growth and variety of uses, bamboo has woody and hollow stems with nodes and internodes, rhizomes, and branches. The stem reaches its full height in about 60-90 days and depending on the intended use, can be harvested in three to five years.

As a crop, bamboo is highly renewable, without the need to replant once the clumps have already been established. It produces new shoots on an annual basis and is vegetatively multiplied, using stalk and branch sections that are induced to sprout before transplanting on the field.

Bamboo has caught worldwide attention as an all-around plant with environmental and economic benefits. The uses of bamboo have expanded to include industries and products for domestic use, commercial production, food and arts, and ornamental and conservation purposes.

Domestic uses of bamboo include manufacturing its culms into farm and garden items such as vegetable stakes, trellis or fish pen fences, as well as turning them into decorative handicrafts.

The tensile strength of bamboo makes it a conductive material for construction and a durable substitute for wood products. Technologies have been developed to turn them into concrete reinforcements and structural floors and panels.

Furniture making is a well-known industry that spurred bamboo as a green or eco-friendly material.

It can be used in interior design and furniture structures to make long-lasting products that can compete well with the world.

Bamboo is also an in-demand material for so-called “green coffins” due to its eco-friendly trait, which is that it is biodegradable. Green coffins do not harm the environment as they decompose easily and do not release toxins into the soil.

As a food, the young tender shoots of bamboo are used as broth and ingredient in a variety of Filipino dishes including dinengdeng, lumpia, kilawin, and atsara, among others.

Known locally as labong, it is rich in proteins, carbohydrates, vitamins, fibers, and minerals, and low in calories. The bamboo shoot is considered a gourmet item in Western countries, thus providing a market niche as an imported product.

In the field of arts, bamboo is mostly used to make musical instruments including flutes, winds, percussion, and strings. The world-famous Bamboo Organ, found only in Las Piñas City, Philippines, is a 19th-century church organ made from bamboo. It was declared a National Cultural Treasure of the Philippines in 2003, which made the St. Joseph Parish Church where it is housed a popular tourist destination. 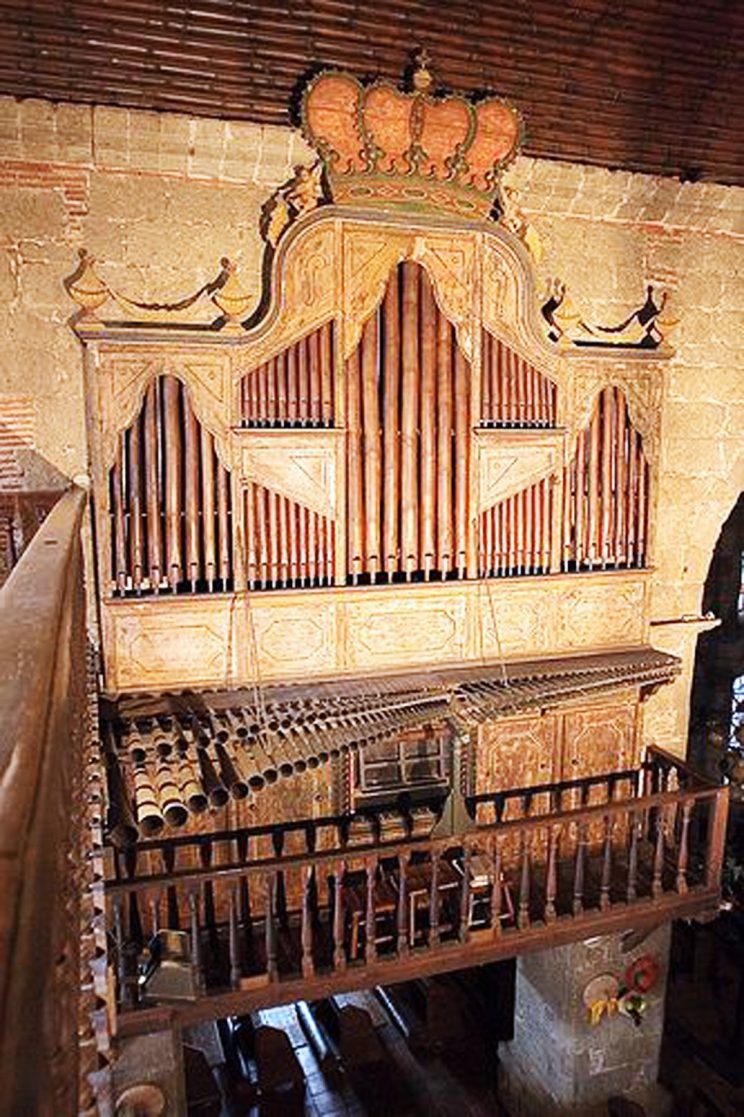 The world-famous Bamboo Organ, found only in Las Piñas City, is a 19th-century church organ made from bamboo. It was declared a National Cultural Treasure of the Philippines in 2003, which made the St. Joseph Parish Church, where it is housed, a popular tourist destination.

Bamboo is also suitable for ornamental and landscape purposes, making it a preferred plant for parks and along walkways. Its natural look and aesthetic beauty is suited for landscaping and urban greening initiatives.

For conservation, bamboo can prevent soil erosion due to its widespread root system while creating a pleasing visual effect, and hedges around homestead and farms for windbreaks.

Planting bamboo has an environmental benefit due to its ability to cleanse the air.

According to the Philippine Council for Agriculture, Aquatic and Natural Resources Research and Development (PCAARRD), bamboo stands release 35 percent more oxygen than equivalent stands of trees. Some bamboo can sequester up to 12 tons of carbon dioxide from the air per hectare and can lower light intensity and protect humans against ultraviolet rays.

Bamboo as a high-value crop

Pursuant to the intensified promotion of the bamboo industry, Agriculture Secretary William Dar made a policy pronouncement declaring bamboo a high-value crop on February 6, 2020 at the Department of Agriculture (DA).

“We need to bring together efforts in sustaining and making the environment resilient, while at the same time enhancing the economic activities of the sector,” Dar said during a meeting of the Philippine Bamboo Industry Development Council (PBIDC).

“With bamboo as a high-value crop, we can undertake various interventions that include research, processing and value-adding, and budgetary support, complementing the programs and projects of the PBIDC,” said Secretary Dar.

“Starting this year, we will have some activities lined up to support the advancement of the bamboo industry,” he added.

Secretary Dar said the DA’s new agri-industrial strategy under the “new thinking for agriculture” looks not only at enhancing farm productivity, but also at developing more value-added products so that farmers and their families are provided with more business and employment opportunities, and thus more incomes.

“We need to tap the power of technology to mass propagate bamboo. It would be good if the PBIDC can look at opportunities in providing funding support for bamboo tissue culture to address the lack of planting materials needed to rejuvenate the country’s bamboo industry,” Dar said.

He also cited the importance of inviting more Filipino and foreign investors to set up tissue culture facilities and engage in bamboo production and processing.

“The new strategy is to bring in the private sector and partner with communities and farmers’ groups so that we can elevate the business and income opportunities for the Philippine bamboo industry,” Dar concluded.

To encourage government agencies, including the local government units, to plant bamboo in suitable locations nationwide, the House of Representatives has issued Resolution No. 20 in November 2019 proclaiming September of every year as “Philippine Bamboo Month.”

The resolution aims to promote the importance of bamboo in the daily lives of the Filipinos by recognizing its many uses and its economic contribution to the country.

Enumerated in the resolution are economic and environmental values of bamboo in various areas including construction, arts, food, furniture, and handicraft industry, as well as in controlling soil erosion, restoring land by sequestering carbon and absorbing heavy metals in mined-out areas.

“The bamboo products contribute to the dollar revenues of the country, and bamboo processing itself can provide employment to a sizable portion of the country’s labor force,” the resolution states.

As bamboo is abundant in the Philippines, the resolution likewise acknowledges the plant’s resiliency against various environmental calamities symbolizing the resilient spirit of the Filipinos amidst life adversities.

Bamboo as a rural enterprise and agribusiness

Bamboo, with its versatility and quick-growing characteristics, has been considered a “pro-poor crop,” enabling the creation of new livelihood and market opportunities. The increasing market potential of bamboo paved the way to value-adding prospects and generating sustainable income and employment opportunities for the country.

To maintain bamboo’s competitive advantage in the local and international markets, innovation and entrepreneurship must be set up in such a way that technologies are utilized towards high value-adding activities.

This is in line with the recent pronouncement of Agriculture Secretary William Dar on agripreneurship as part of the paradigms to modernize Philippine agriculture.
“Agriculture must be treated as business undertakings with the objective of industrializing the value chain of every agricultural commodity,” Dar said.

In view of this, a project titled “Setting-up Bamboo Rural Enterprise and Agribusiness Diversified Incubator,” is being implemented by Marinduque State University (MSC).

Funded by the Bureau of Agricultural Research (BAR) under its National Technology Commercialization Program (NTCP), the initiative serves as a bridging platform to mobilize and engage stakeholders, including state universities and colleges (SUCs) with the agribusiness sector, specifically in commercializing the technologies that will make the bamboo industry competitive.

“More investments on income- and market-oriented agricultural research for development (R4D) must be made by getting the SUCs involved. They know first-hand what type of industries related to agriculture that can be established in their areas based on current activities,” Dar reiterated.

“With the increasing market potential of bamboo where value-adding can be done at the local community, it can help rural areas generate sustainable income and create employment opportunities,” stated MSC President and Project Leader Merian Catajay-Mani.

Mani added that the project will provide market linkage and financial assistance in the form of inputs, basic equipment, and training.

“Through the project, it will enable the bamboo farming community to become part of the value-chain providing access to resources and new markets,” she concluded.