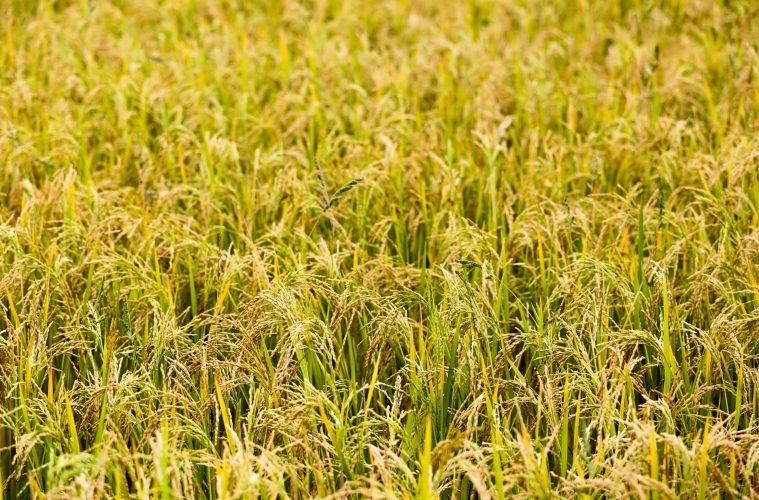 Photo by Theme Inn on Unsplash

BUTUAN CITY – The regional office of the Department of Agriculture (DA) based here late Friday afternoon announced that a total of 60,000 farmers in Caraga region are set to benefit from the government’s rice resiliency project.

Ms. Emmylou T. Presilda, regional spokesperson of the DA 13, said the agency continues to accelerates its support to these farmers to boost rice productivity in the Caraga region under the Rice Resiliency Project (RRP).

As part of the DA’s ‘Plant, Plant, Plant Program’ (Agri-4Ps), also known as the “Ahon Lahat, Pagkaing Sapat kontra COVID-19”, the RRP targets to increase the local rice production amid global trade uncertainties brought about by the pandemic.

For the year 2020, Caraga region is expected to increase its yield by at least 0.58 metric tons per hectare or an equivalent of 55,295 metric tons yield increment with the ₱207 million
allocations under the RRP.

Rice farmers registered in the Registry System for Basic Sectors in Agriculture (RSBSA) will be able to avail of the farm input subsidies under RRP. COVID-19 is a major threat to our food security, but DA took the challenge to continue to implement resiliency programs and
projects.

“The distribution of high-yielding seeds and fertilizers is strategically distributed by the five provinces in the region in coordination with the local government units,” said DA 13-Caraga Regional Executive Director (RED) Abel James I. Monteagudo.

A total of 96,116 bags of fertilizers will be distributed to complement the distribution of inbred seeds covering the Philippine Rice Research Institute (PhilRice) targeted 48,058
hectares of rice areas.

The Expanded Inbred Rice Production subproject is intended for the farmers not included in the RCEF program. Certified seeds for 6,030 hectares will be distributed to farmers alongside with 12,060 bags of fertilizer.

Provision of fertilizers to farmers who use good seeds or home-saved seeds is included. About 3,824 bags will be distributed for 1,912 hectares of rice area for this wet planting
season.

Included in the intervention is the distribution of hybrid seeds under the Expanded Hybrid Rice Production subproject for 7,976 hectares with 23,928. This will be distributed strategically in suitable areas.

Further, the National Seed Industry Council (NSIC) registered hybrid and inbred rice varieties recommended for the season and locality will be procured by the DA while the fertilizers will be obtained by the national office.

Achieving higher productivity in rice would entail the use of high-quality seeds and sufficient fertilization based on scientific soil study.

Aside from the RRP intervention, the Department will also work to improve the support infrastructures for the rice farmers such as the small-scale irrigation systems, machinery, and post-harvest facilities and access to credit and financing to ensure the increased rice production in the region,” RED Monteagudo added.