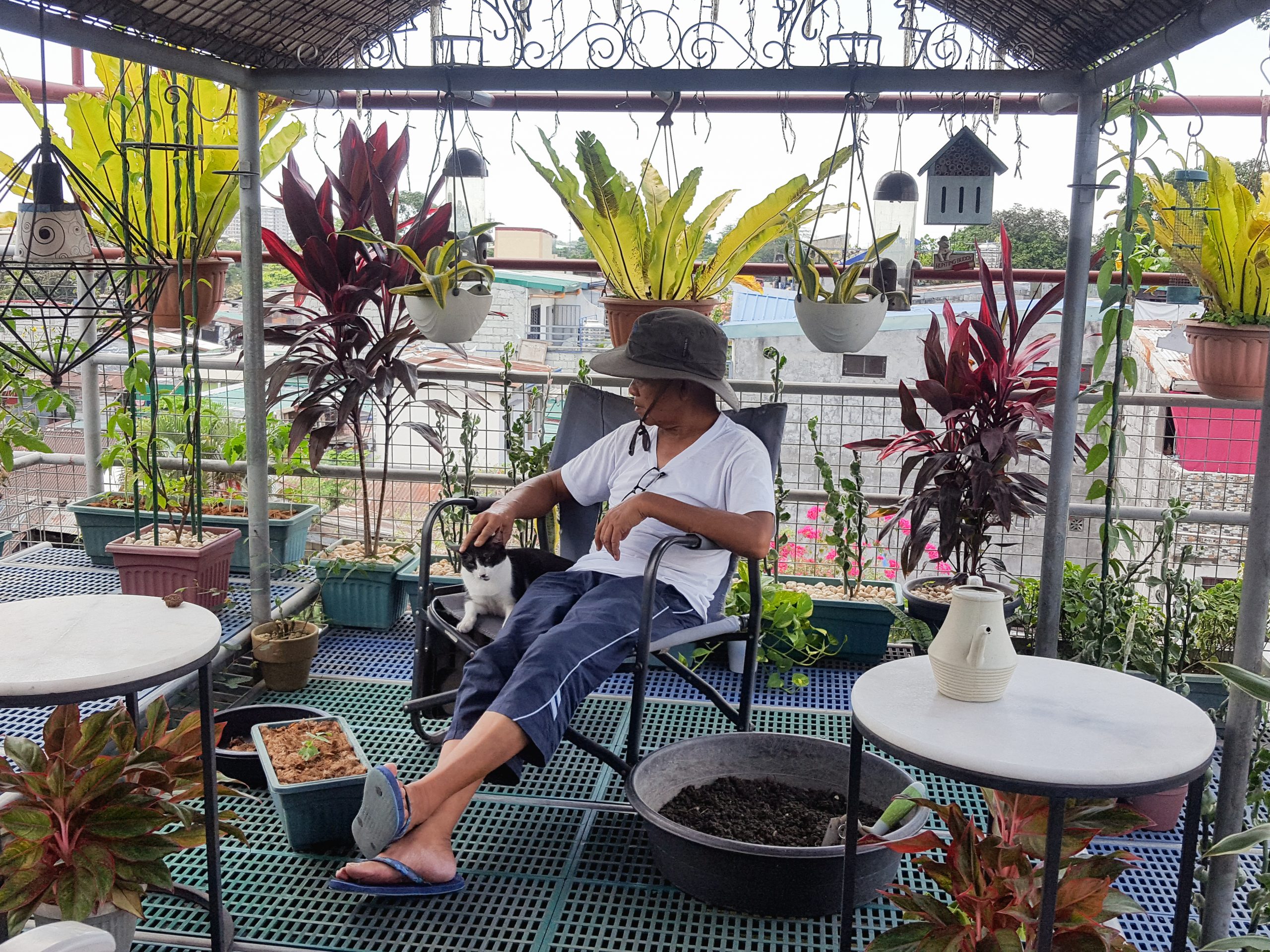 Space is often a concern in urban gardening. Those who have limited space to work with follow various gardening trends like container gardening to fit their plants wherever they can. Meanwhile, those who have more space on their hands maximize the area and grow whatever they can.

Adolfo Babiano, a retired labor arbiter, is one such gardener. With an estimated area of 70 square meters in his rooftop, he decided to devote certain areas to growing a wide array of plants from ornamentals to vegetables to trees.

“70 square meters is a lot of space for a home garden in the city. We now live in a crowded area in Novaliches, Quezon City where the only option [for gardening] is a rooftop garden,” he said. 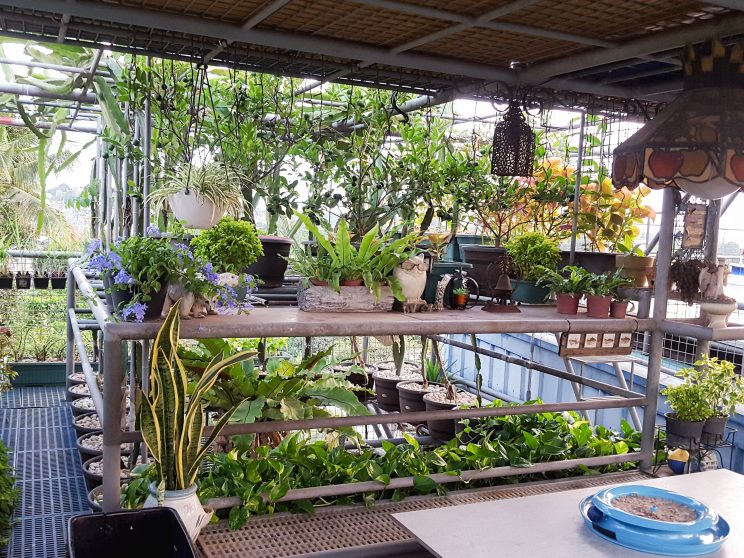 His rooftop garden has 42 square meters devoted to vegetables as well as ornamentals and 28 square meters are allotted to a recently installed orchidarium and a microforest with 10 trees.

A pechay greenhouse that measures three by four by six feet can also be found in Babiano’s rooftop garden.

“To have a steady supply of pechay, tanglad, alugbati, and green onion, we plant them individually in small hang pots which are arranged in wire screen fences and dividers either vertically or horizontally to make them look appealing,” he said. 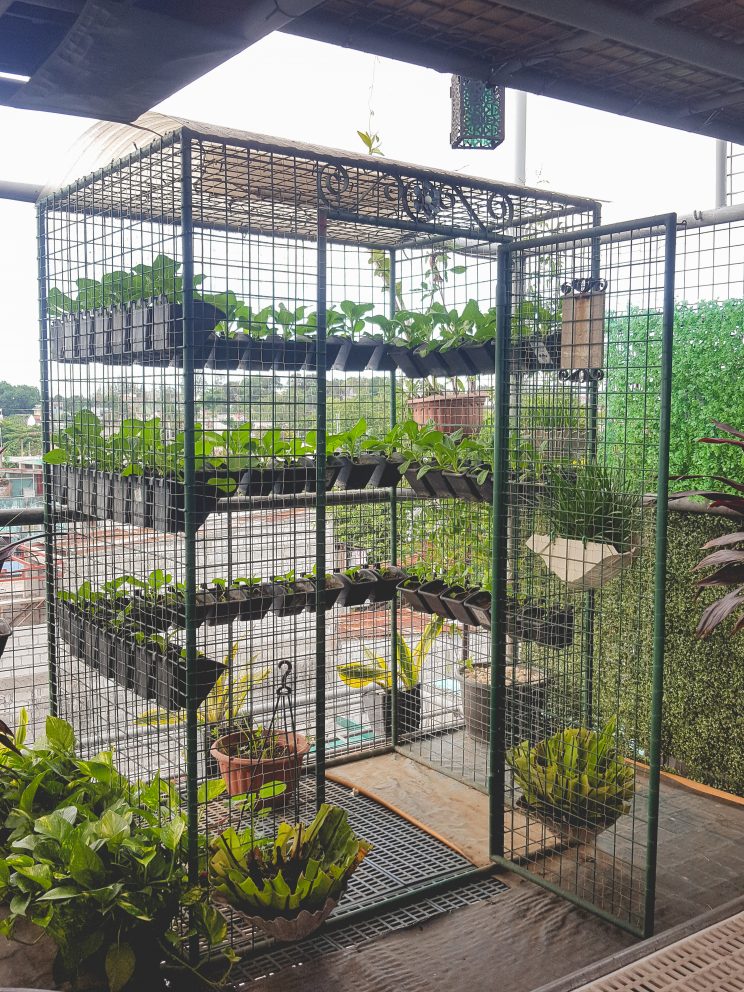 A pechay greenhouse provides more than enough supply for the family.

In the meantime, the plants that need support like beans, tomatoes, and squash, are planted in rectangular long pots of different sizes and are provided with factory-made trellises.

For the remaining space, Babiano planted ornamentals and trees for color and shade. 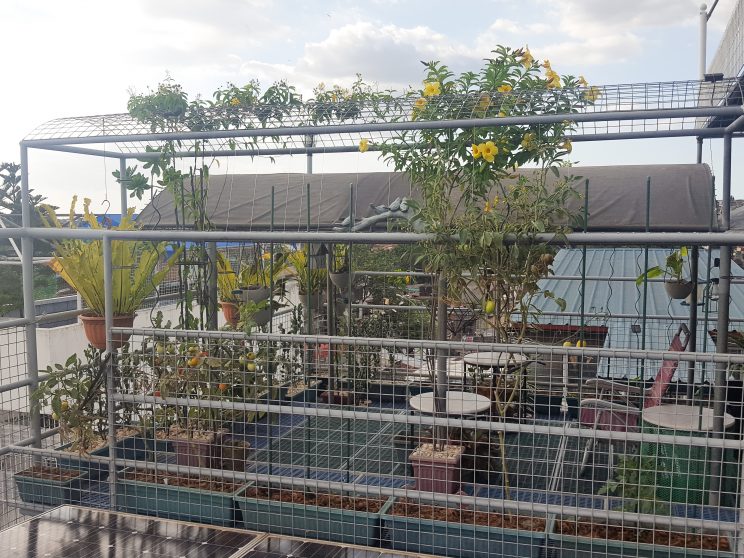 A sitting area surrounded by trees, ornamentals, and vegetables.

Babiano started gardening back in 1981 when he had a raised bed vegetable garden after he settled in Amityville, Montalban, Rizal. There, he practiced the till-and-fertilize method using dried chicken manure that he got free from nearby poultry farms in the area.

Caring for the plants

In caring for his garden, Babiano said that he refrains from using chemicals because these kill the useful organisms found in the soil because he believes that the secret to a successful home garden can be found in the soil.

One particular method that he uses in making his plants grow is hot soil composting which is a technique that he developed after reading articles about it and his own experience.

Babiano wakes up as early as 4:30 in the morning to tend to his garden until his wife calls him for coffee after a few hours or so. 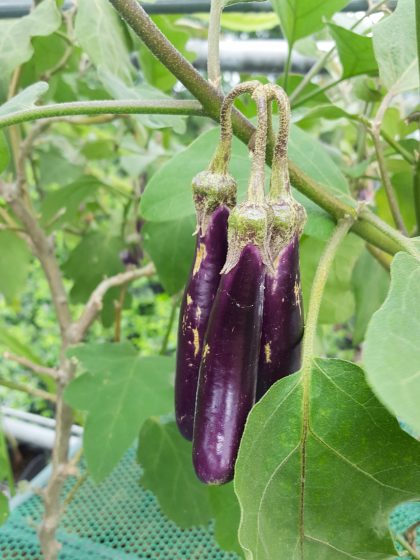 Some of the fresh produce found on the rooftop garden. 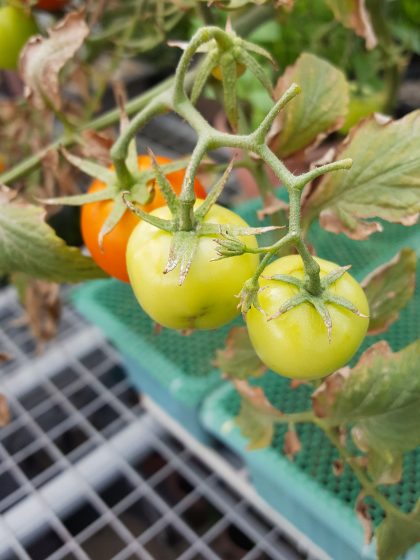 Some of the fresh produce found on the rooftop garden.

Through gardening, the retired labor arbiter has found a productive hobby that not only provides his family with a steady supply of food, but also gives him an opportunity to exercise as well as a sense of fulfillment.

As for those who only have minimal space to garden in, Babiano advises to invest in quality containers.

“In the long run, practical extravagance rather than small savings will bring you more happiness and satisfaction in terms of ease of handling and storage, aesthetics, and clutter avoidance,” he said.