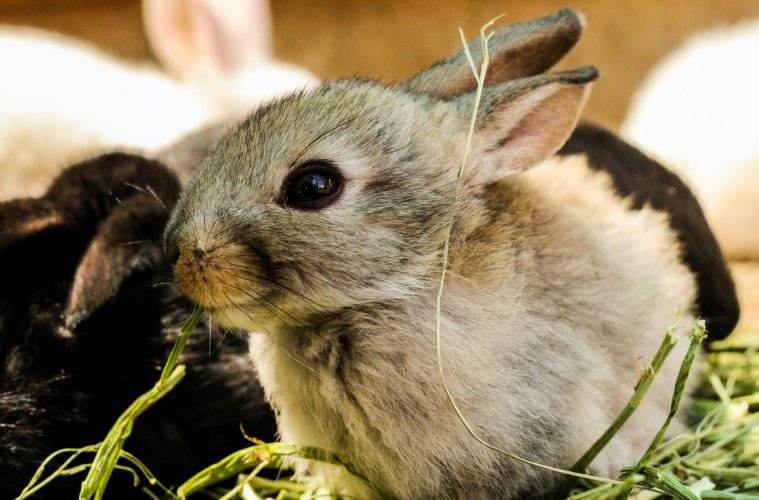 Rabbits make great pets, but they can also be a source of meat. The rabbit industry in the Philippines is not new. However, it is not well-known as well.

Although there are already a lot of rabbit farms in the Philippines, their numbers are still insufficient to make the industry well-known and acceptable; this is due to the society’s disapproval of the idea of consuming rabbit meat.

But for those who are interested in taking care of rabbits for production, here are some ways on how to raise them for commercial purposes or as an alternative meat source.

Things to consider before starting a rabbitry

Raising rabbits as pets is not a problem, but it’s a different story when raising them as livestock. The first question is where will you raise them? It is important to do some research on if zoning laws will allow you to cultivate rabbits on your property or if you should place them on a farm. In line with this, you should also consider what rules you should follow to be able to start a rabbit raising business.

After finding out where to place your rabbits, it is now time to think about their hutch. A hutch is the home where your rabbit will stay most of the time. It is usually made of wood and has a wire mesh front. The size of the hutch should accommodate the number of rabbits you’ll put there. Take note that females must be separated from males to avoid unintended breeding.

What’s more important than having a rabbit hutch and nursery compartment is keeping the bunnies clean. Laying down bedding will maintain a certain level of sanitation. The kind of bedding to use is based on the owner’s preference, but it is recommended to go for bedding that is absorbent and easy to remove. Types of bedding include hay, paper pellets, wood pellets, shredded cardboard and many more.

When it comes to food, plenty of water and proper feed will determine the quality of meat your rabbits will produce.

While hay is considered bedding, it can also be a source of food that’s available at all times. Some varieties of lettuce are not recommended as rabbit feed because they have very low nutritional value and high water content. Dark, leafy, and fibrous vegetables can make great feed, however they must gradually be introduced to the rabbits to avoid digestive problems.

The average water consumption of a rabbit is around 100 to 600 ml per day or approximately 50 to 100 ml per kilogram of a rabbit’s body weight. If a rabbit weighs around four-kilograms the amount of water per day must be around 200 to 400 ml, but the figures will also depend on the kind of feed that rabbits consume. Rabbits that are fed water-containing food like leafy veggies will more likely drink less than those that are fed dry food like hay and pellets.

Next, pick the breed you want to raise. Rabbits that are longer, plumper, and have more fur are ideal for consumption. Palomino, Chinchilla, Champagne D’Argent, Flemish Giants, and New Zealand rabbits are some good options to put on your farm.

After preparing everything, that’s the only time you can proceed with the actual rabbit farming, which starts with the mating of the rabbits.

The first part of this process was done successfully if you were able to separate the females from males to avoid unintended breeding. If you are planning to breed the rabbits, just put a doe (female rabbit) inside the bucks’ (male rabbit) hutch and wait. If the doe finds a partner, just wait for some time and check if the buck falls off his side looking as if it’s dead but do not panic because it is an indication that the deed is done. The male rabbit must fall off his side a couple of times before you put back the doe in her space.

If the mating is successful, the next thing to do is to track the birthing dates. This will maximize the fertility of female bunnies. The breeding or mating schedule will depend on you if you are ready to accommodate the kittens (baby rabbits are called kits or kittens). The mother rabbit can rest for about six to eight weeks after her young are weaned. If the resting period takes around six weeks, the mother rabbit may breed for about five times per year, while for eight weeks, the mother rabbit may breed for about four times per year. The doe can have around one to 14 kittens per birthing.

It takes about 30 days for a rabbit to gestate and it will require a few pregnancies before the doe can learn how to take care of her kits. This indicates that you may lose the first few offspring before you can have a successful breeding.

Once you have kittens, the aftercare system must be applied.

After the mother rabbit gave birth to her kits, avoid any form of interruption as this may impede the bonding process, which may result in the mother neglecting her offspring. Lightly check if the kits are still alive, but do not pet or remove them from the nursing compartment.

It is normal for mother rabbits not to feed their kits if someone is looking, but it doesn’t mean that she’s not feeding them. This act is done to secure the offspring from the threat of predators.

If the baby rabbits start to develop fur and begin to hop on their own, it’s the only time that the mother rabbit can relax. It is advisable to have a new hutch to accommodate the younger rabbits.

Although rabbits do not require a lot of attention and maintenance, there are still things that shouldn’t be done when raising rabbits.
Avoid anything that can carry mites, like straw, because rabbits are susceptible to these parasites.

Wood shavings can be used as bedding, but not in places with newborn kits because the scent is bad for their respiratory systems and may cause death.

Put some fly strips around the hutch or nursery compartment to keep flies away. Flies may lay eggs on newborn rabbits and the hatching larvae may eat them.

Keeping the hutch and nursery compartment clean is an important factor in raising rabbits. Remove all the rabbits and beddings, scrap all forms of waste, and thoroughly wash the hutch with a diluted bleach mixture. Mix one part of bleach with 10 parts of water, soak the hutch with the solution for at least 30 minutes. Also, clean the food and water containers with the solution and make sure to rinse it thoroughly. Dry the hutch before putting back the rabbits and the new clean bedding.

Taking care of rabbits is not hard. They require significantly low care maintenance compared to other livestock. With a small capital, it is possible to start the business with a high possibility of profit in return. As mentioned, rabbits are easy-to-care for. They can be raised by stay-at-home spouses, or even children, due to their small size. Letting them be in their hutch with a monitored breeding schedule, regular facility cleaning, and proper feeding will guarantee good products and profits.

Despite the long run operations of rabbit farms in the country and with all the benefits that the industry can offer, it is still unpopular due to people’s perceived taboos, lack of awareness, and need for industry support.

The Association of Rabbit Meat Producers Inc. (ARaMP Inc.) believes that with sufficient support and further commercial campaigns on the benefits of rabbit meat as alternative livestock, rabbitry will emerge as an answer to global and societal issues of hunger, malnutrition, and poverty.