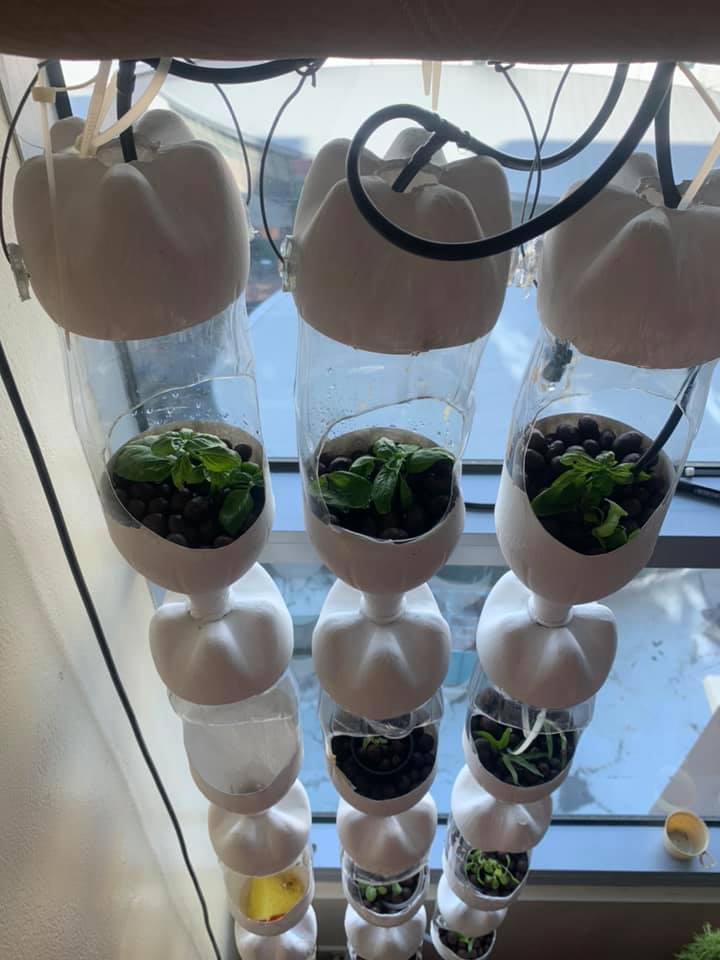 To address the limited space to grow food in, urban gardeners turn to different planting methods such as container gardening or even hydroponics, which is a soilless gardening approach that relies on a solution of water and nutrients.

Picoy Cruz, a government physician specializing in Plastic and Reconstructive Surgery in the Philippine General Hospital, is one such urban gardener who decided to go the soilless route.

He used a hydroponics technique called Nutrient Film Technique (NFT), which uses a pump to deliver the solution to the plants while a drain pipe recycles unused nutrient solution, to create a farm on his condominium’s window in Manila. 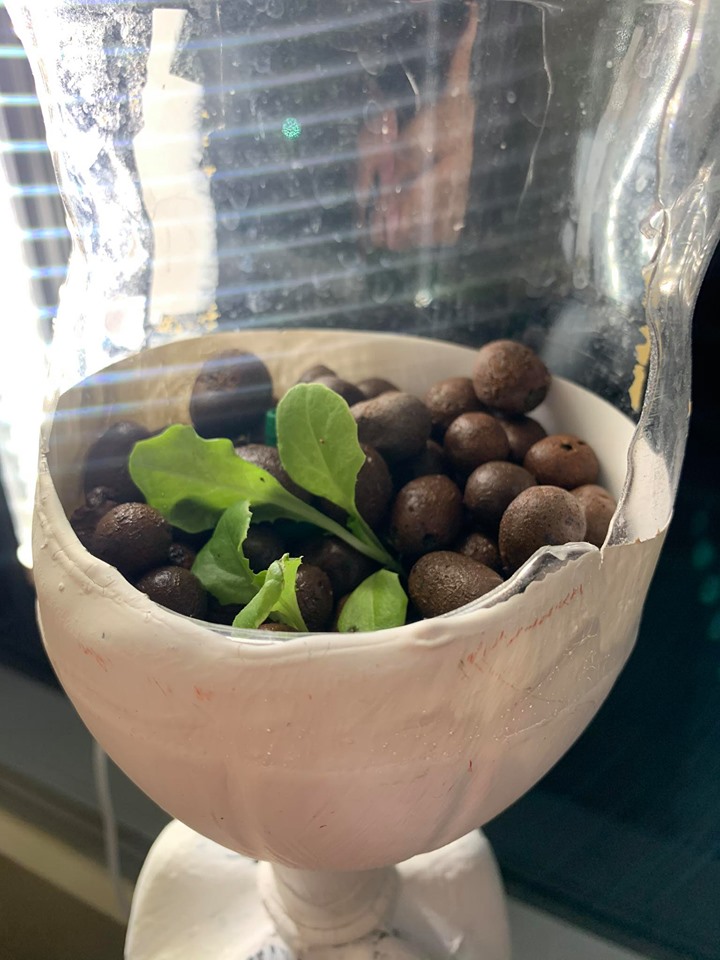 Since he lives in a condominium, Cruz dubbed his venture “condoponics” and opted to start a window farm. This hydroponic type of farming is created vertically and designed to function year-round to help urban farmers grow food indoors without having to worry about space or seasons.

“I started this hydroponic project two weeks into the ECQ. Talking with some friends, we figured that access to nutrient-rich food was one of the main challenges posed by the lockdowns and the extensions. From that, we thought that growing our own produce was a proactive way of addressing apprehensions about food security,” the government physician said.

In building his window farm, Cruz recycled used soda bottles and connected them to each other with seedlings located in net pots with clay pellets in each bottle. The nutrient solution then drips from the topmost bottle onto the lowest through a series of vinyl tubing. The pump is controlled with a timer that follows a watering and lighting schedule. 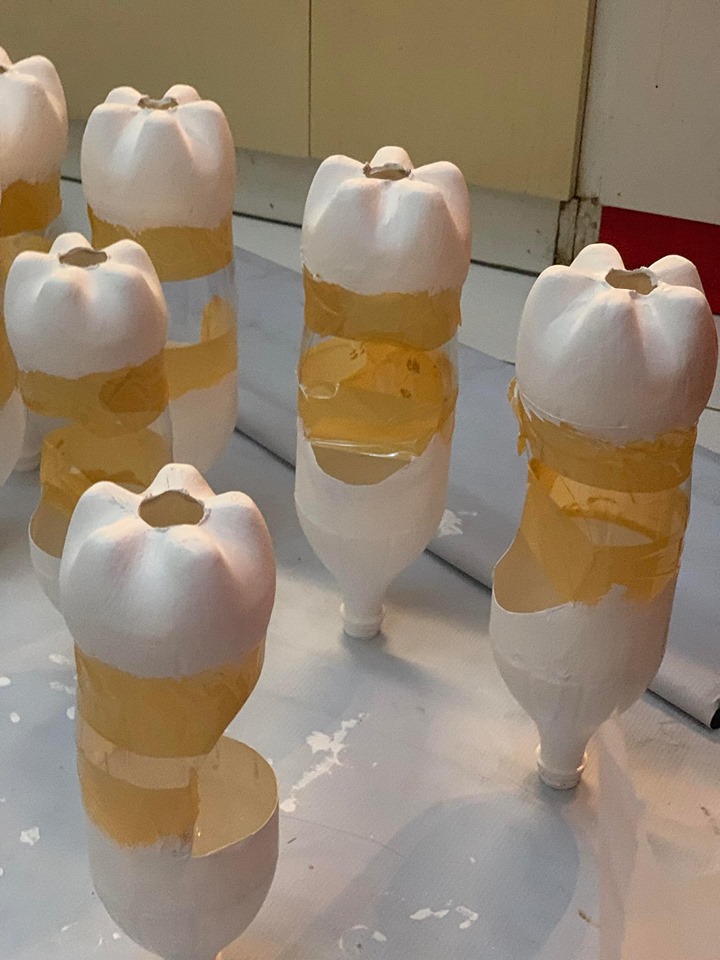 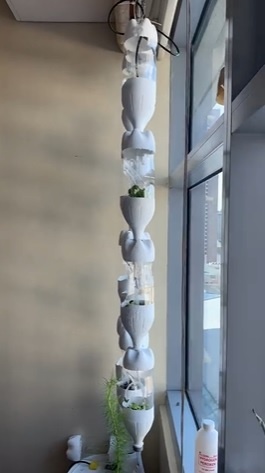 Although his space issue was resolved with the window farm concept, he struggled, however, with the sourcing of tools and materials due to the enhanced community quarantine (ECQ) that was imposed to minimize the risk of the COVID-19 from spreading in the country.

“The pump timer was improvised by using a smart plug instead of a formal timer switch. It came out better as the timer can send notifications when I’m on-duty at the hospital,” Cruz said. 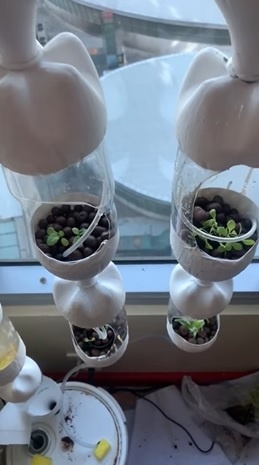 Vinyl tubes deliver the nutrient solution to the seedlings located in each bottle.

He added that he is lucky to have friends, and @TanimMNL on Instagram, who were already invested in growing plants and hydroponics since that helped him accomplish his window farm. The rest, however, he learned through accessible online references.

“Urban agriculture groups on social media were also filled with veteran growers who were more than willing to share their experience with  rookies,” Cruz said.

Prior to establishing his window farm, Cruz’s experience with plants was only with cooking. Now, he can grow not only herbs, but also vegetables all year-long in his window farm.

With only one square meter of grow space, his window farm currently has lettuce, spinach, basil, tomatoes, and leeks. It also has microgreens and herbs like basil, rosemary, dill, chives, oregano that see a lot of use in the kitchen.

“Growing food doesn’t just cut down expenses, it also ensures that the produce is at its best in taste and nutrition value when you consume it.  Good nutrition boosts your immunity,” he said.

From ‘why rabbits?’ to ‘why not rabbits?’

Using bamboo as a makeshift planter 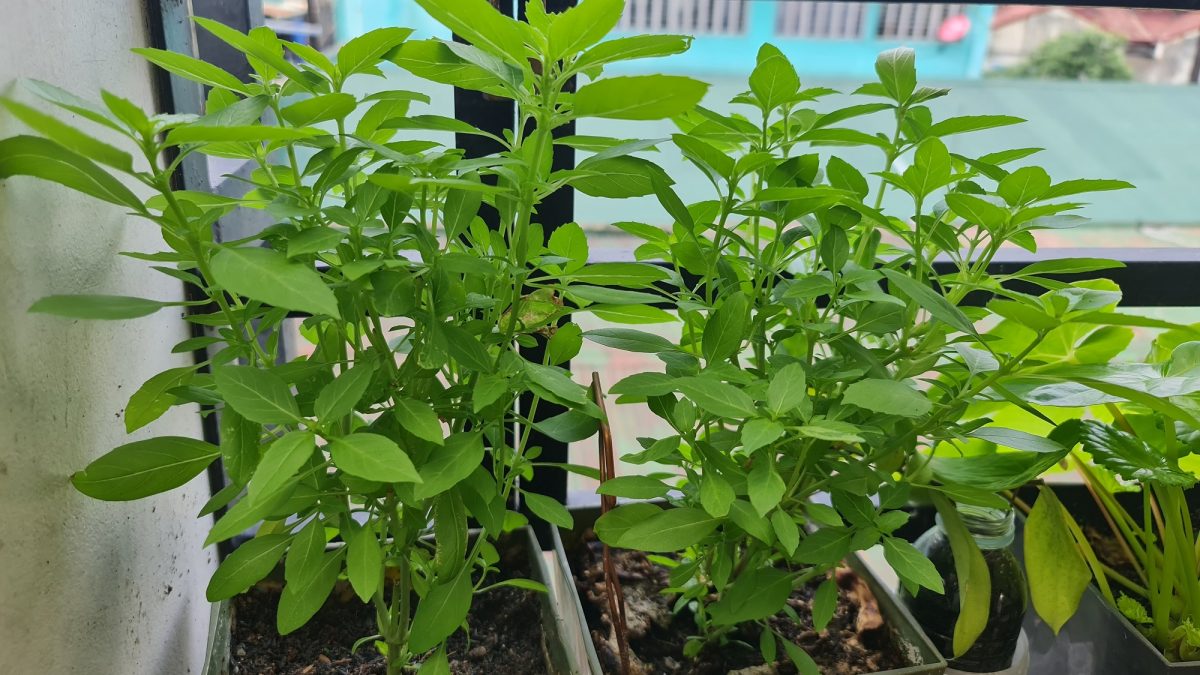 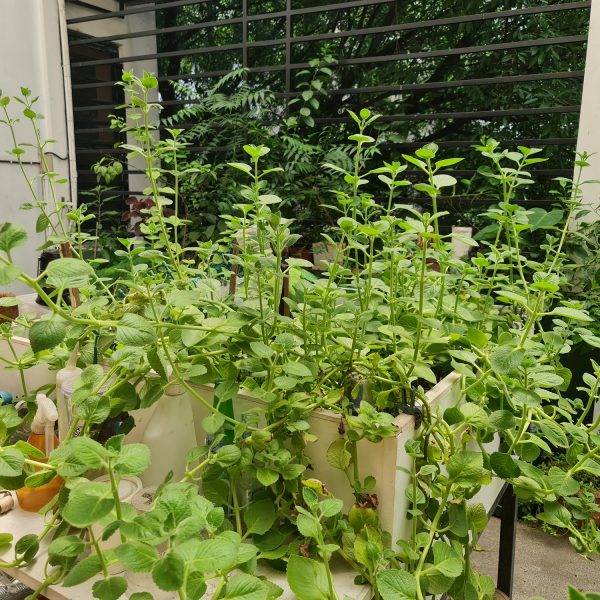 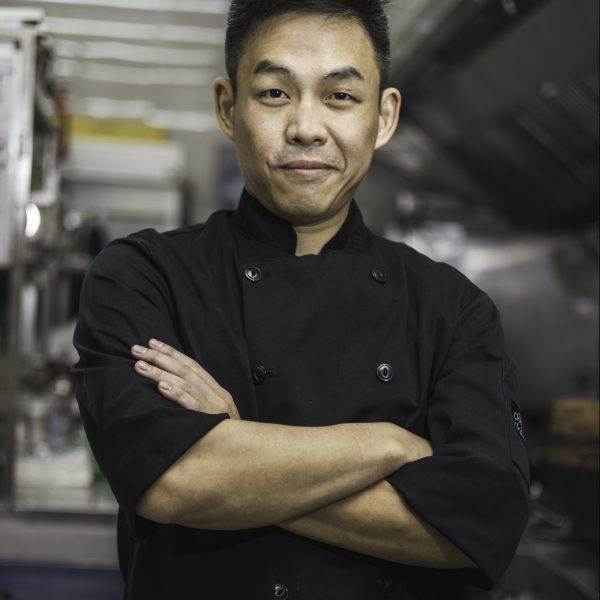