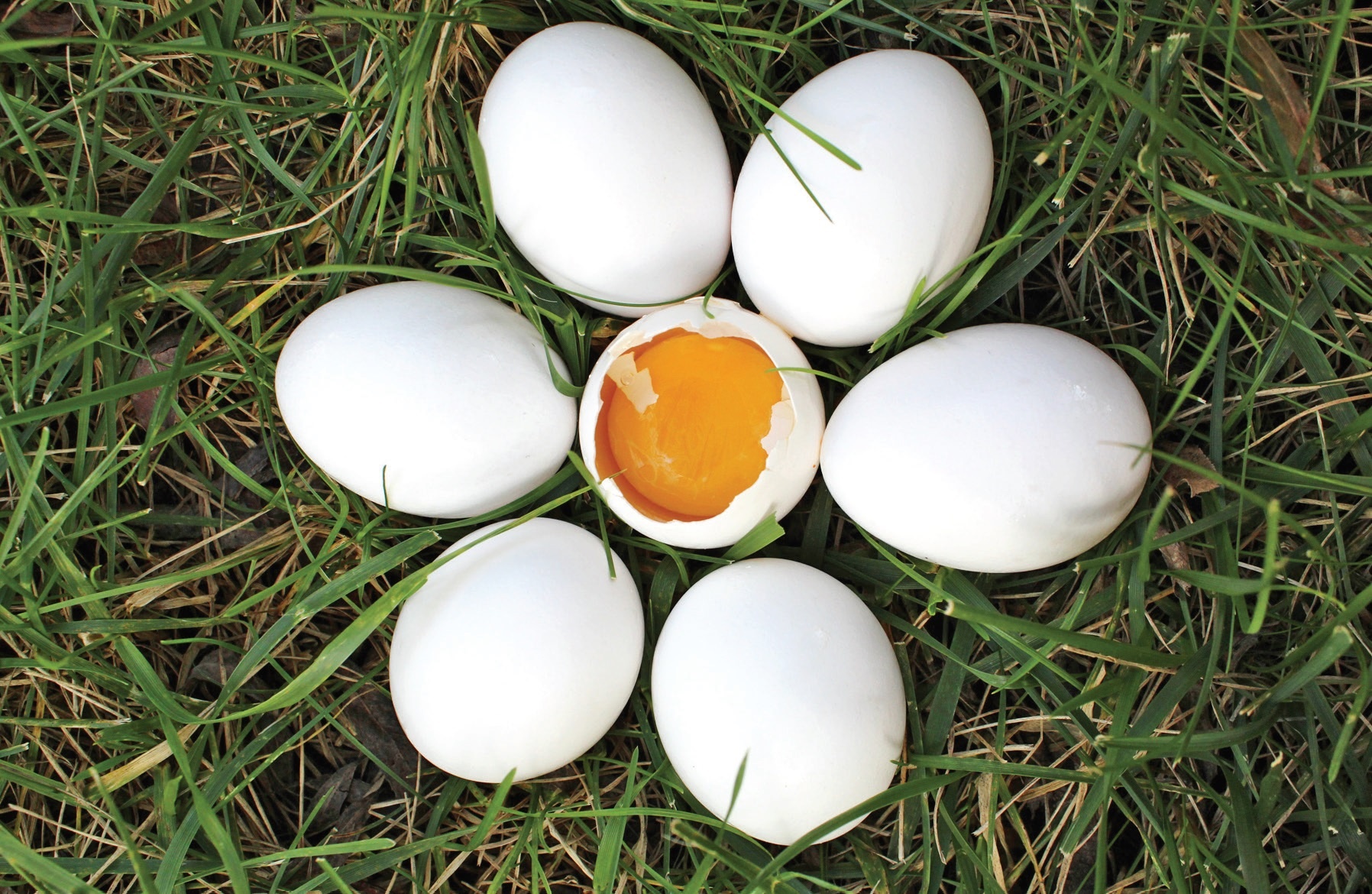 Egg yolks come in different shades, ranging from pale yellow to deep orange. Darker egg yolks may mean that the chicken that laid is healthy. When chickens are healthy, the eggs they produce are also healthy. Several studies have shown that chickens that have access to outdoor pasture, as well as insects like worms produce darker egg yolks that contain greater nutritional value. In a study by Cambridge University, higher levels of vitamins A and E are observed in pasture-raised chickens compared to chickens in cages or chickens who don’t have access to any grass that adds nutrients to their diet. There are also cases of growers of caged chicken putting natural additives like marigold flowers in chicken feed to enhance egg yolk color. However, a pasture-raised diet is said to produce better eggs with higher nutritional value.

Knowing the importance of egg yolk color gives one an idea of getting the better egg quality for them to get higher nutritional benefits. Therefore, it is important to have a tool that elevates market knowledge in terms of yolk color differences.

The first color swatch fan invented to check the yolk color is called the DSM Yolk Color Fan (DSM-YCF), formerly known as Roche Yolk Colour Fan. This color measurement fan is a good tool for egg producers and health-conscious consumers. It was invented by DSM, a global company specializing in nutrition, health, and sustainability through its products and services. This fan was originally made in the early 90s and over the years, it was studied and had evolved into different versions. Just last 2016, DSM launched an extra level of a deeper color. From the last number 15, it now has the 16th yolk shade. The additional level on the YCF helps address and meet the yolk pigmentation standards of the consumers in Japan and the Middle East. 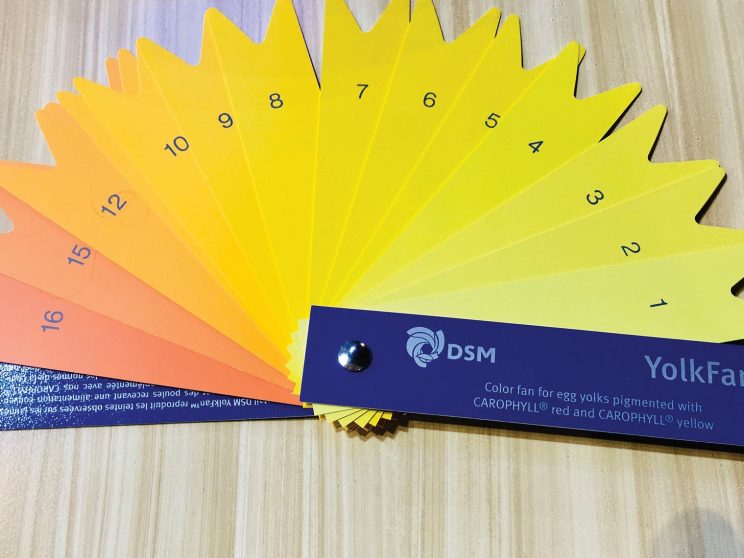 The latest version of the Yolk Color Fan with the extended 16th shade.

Rolando Valientes, one of the veterinarians from DSM Philippines said that usually, the higher the yolk color, the higher its association with greater antioxidant capacity. He added that darker yolk color also indicates a good health status of a chicken. DSM has conducted a study that shows consumers from different countries mainly prefer egg yolks ranging from YCF number 12 or above. Valientes added that during the surveys, they show different egg colors and ask participants which color they prefer. Answers always fall on the darker color. However, when they ask them about paying more for it, people would say no. According to Valientes, it is a matter of educating the consumers about the meaning of a darker colored yolk so people would know its importance.

This fan also helps egg producers attain the target color of their egg yolks through the diet of their chickens. However, the downside of using this fan is it can be highly subjective. This was the common concern raised in the product since it was first released in the 90s; evaluating the yolk color through YCF may differ depending on a person’s vision. This is also the reason for further development of the fan, which led to what is called the Digital YolkFan. The digital version was launched for a more accurate egg yolk measurement rather than a manual, visual evaluation. YCF is being sold for about two US dollars, or equivalent to P101 each. This can only be bought through DSM’s website and is readily available for delivery in the Philippines as well as in other countries.

The target market for the fan are layer farms and agriculture students who need it for their research and studies. With this, DSM does not hold liability for damages that may arise by the reader’s interpretation and reliance on using the fan.

Measuring through this fan can be dependent on the reader’s viewpoint, but it is important to know the major factors in using the YCF. First, the background and lighting are very crucial to take note of. The fan should be placed against a white non-reflective surface to avoid the influence of any adjacent colors. Use indirect daylight and make sure that there is no artificial light such as an open light bulb to avoid reflection on the yolk’s glossy part. Afterward, hold the fan with the blade numbers pointed below, thus the side of the fan with no numbers should be the user’s view. Put the blades closer to the yolk to ensure the proper measurement and show the number to another person. After using, clean the YCF and make sure to store it away from direct sources of light.

Several studies have shown that people have a strong preference when it comes to the color of what they consume. This color measurement tool was intended to help egg producers to discover and maintain the carotenoids that they need in the layer feeds to attain the egg yolk color that meets their buyers’ expectations. Carotenoids are the colorants responsible for yolk color. Carotenoids are antioxidants that play an important role in animal production that increases animal performance and maintaining consistent pigmentation, DSM said. Hens need carotenoids as they cannot produce the nutrients that it possesses. Therefore, it is important to get it through their diet. 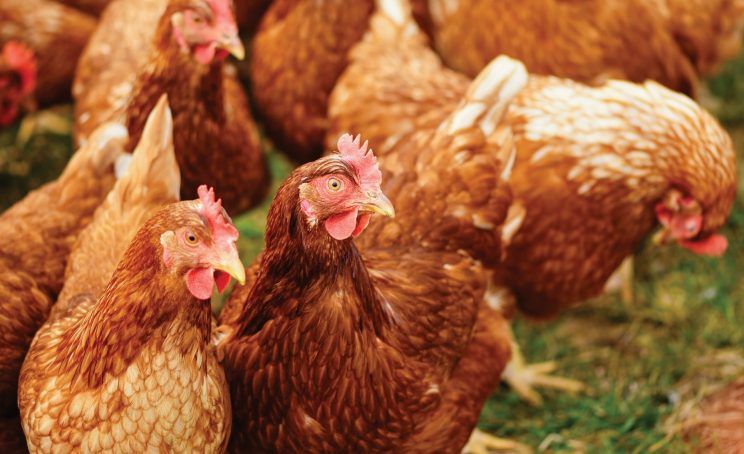 Hens raised on cages without access to outdoor grass are said to produce eggs with less-nutritious, pale yellow egg yolks.

When an egg yolk is golden, it indicates that it is rich in carotenoids. In the Philippines, most layer farms use corn as the source of the egg yolk pigmentation and normally, the color falls under blade number three to five in the YCF.

On the contrary, according to the American Egg Board (AEB), color does not have any correlation with an egg’s quality and nutritional value. The yolk color changes depending on the hen’s diet. If there is enough presence of xanthophylls or the yellow-orange plant pigments in the feeds, then it will reflect on the yolk color, making it darker. Feeds with yellow corn produces eggs with medium yellow yolks while yellow-orange substances like marigold petals added to the feeds improve yolk color as well. Another way to darken the yolk color is through red bell peppers.

In the book Commercial Chicken Meat and Egg Production by Bell and Weaver (2002), yolk color occurs not just from the xanthophylls or carotenoids present in the feed, but there are other elements that affect the yolk color. Factors include genetic capability, stress, individual bird variation, cages, morbidity, fat in the diet, and ingredients. Also among these factors include the inability of the hen to absorb and fully release xanthophylls to the yolk due to hindrances such as diseases like coccidiosis, an intestinal disease of a chicken enable them to fully absorb the xanthophyll in their intestine. Stress also lessens the transport of xanthophylls to the ovary. In terms of caging, it is said that hens who make use of the yolk pigments better are the ones who are kept in cages compared to hens on the poultry litter floor. Lastly, there are some ingredients like meat scraps, soybean oil meal, and charcoal that are not effective as it lessens yolk color.

Though many people do not know the importance of the egg yolk color, making sure where the chickens are raised and what they eat, whether in the pasture or in cages, plays an important role in the nutritional value that the egg yolks can provide to one’s body. In buying eggs, checking the labels to see if it is pasture-raised will be helpful in one’s buying practices.