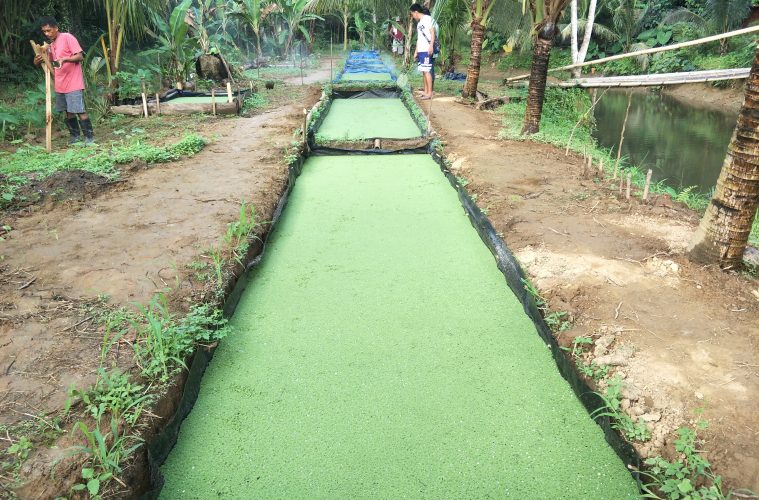 Partners setup an azolla farm to provide feed for their livestock

Azolla (Azolla pinnata), also known as water fern, is a free-floating aquatic plant that forms clumps and is characterized by short branches, slender roots, and is coated with tiny hairs that help keep the plant afloat.

It can be found throughout the Philippines, particularly in stagnant waters such as pools and ponds.

While it may look like an ordinary water fern, azolla is actually packed with vitamins that can be beneficial to livestock when consumed.

“Azolla is a genus of seven species of aquatic ferns in the family Salviniaceae. It is packed with proteins, essential amino acids, vitamins like vitamin A, vitamin B12, and beta-carotene, growth promoter intermediaries and minerals,” said Flaire Mejares Maundo, an entrepreneur.

He and his partners, Errol Pearson Fuentes and Julius Jason Marban, a businessman and entrepreneur, respectively, recognize the advantages of having azolla present near livestock. And with that, they decided to create their own azolla farm in Agusan del Sur. 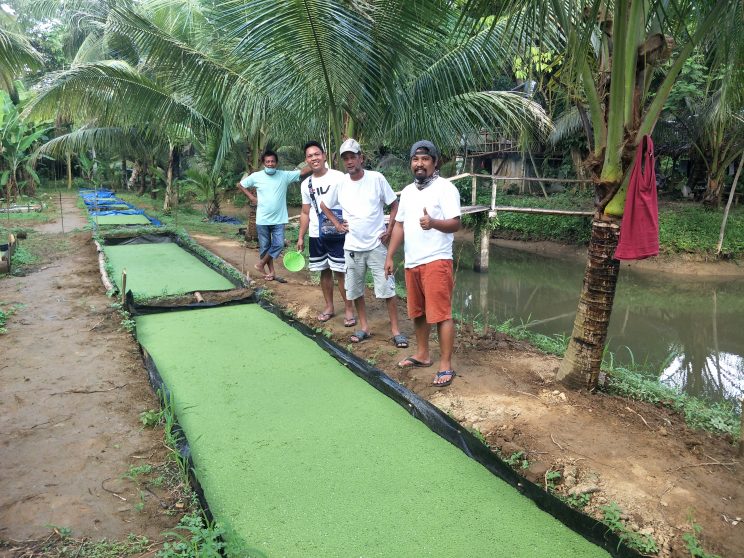 Maundo and his partners set up an azolla farm as a source of feed for their livestock.

The trio have met each other and formed a partnership through various business opportunities. They then took their partnership down an agricultural route since they are involved with raising chickens and tilapia.

“We decided to farm azolla as feed for our chickens and tilapia. It is low maintenance and easy to proliferate. We also learned through research that azolla can be used as an organic fertilizer and bio-fuel,” Maundo said. 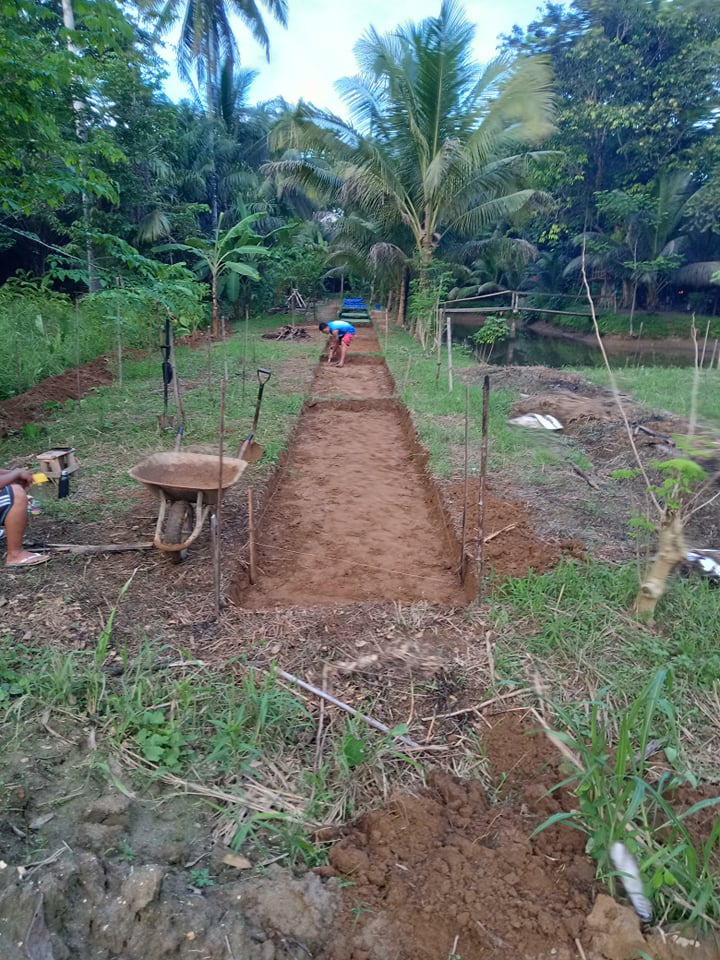 “We used indigenous materials like bamboo and tree branches [in construction]. We also used canvases and recycled tarpaulins [as linings] for the ponds,” Maundo said.

Presently, the three partners have set up 10 ponds dedicated to growing azolla in an area of 180 square meters.

For the azolla cultivation, they bought three kilos of the aquatic fern to serve as their mother plants. The three partners then added rich, loam soil mixed carabao dung to make their azolla grow fast and healthy.

“After 48 hours, we observed that the azolla rapidly multiplied. We got to harvest about two kilos of the water fern after three days. It is also not laborious to grow,” Maundo said.

Before they established their azolla farm, Maundo and his partners started cultivating the water fern in used containers and in vacant fish ponds. However, they noticed that the azolla wasn’t as proliferous as it is with the farm they set up.

Aside from their azolla farm, the partners also cultivate vegetables in their backyards and they are also engaged in rice farming.

Since their venture was a success, Maundo, Fuentes, and Marban are planning to add more forage for their livestock such as madre de agua, mani-manian, napier, malunggay, lemongrass, and citronella among others. 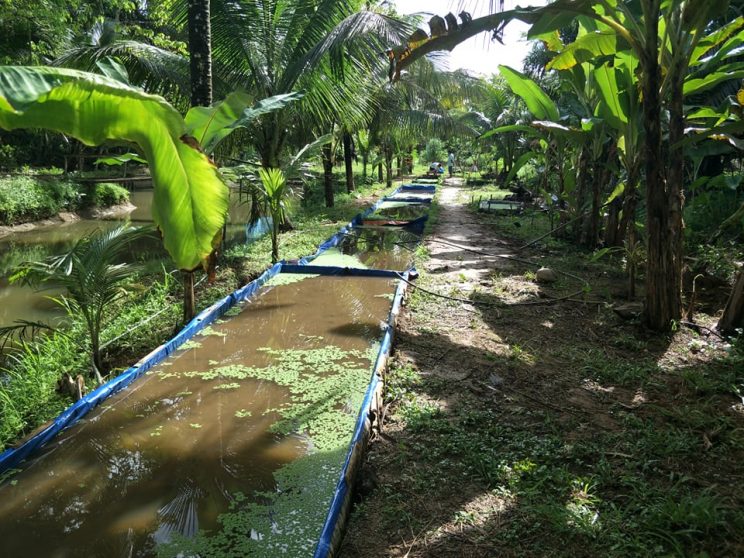 According to Maundo, growing azolla is fast and easy.

This way, not only are they able to save money on feed for their livestock, they also promote sustainability by using forage plants as alternatives but healthy feed for their chickens and tilapia.