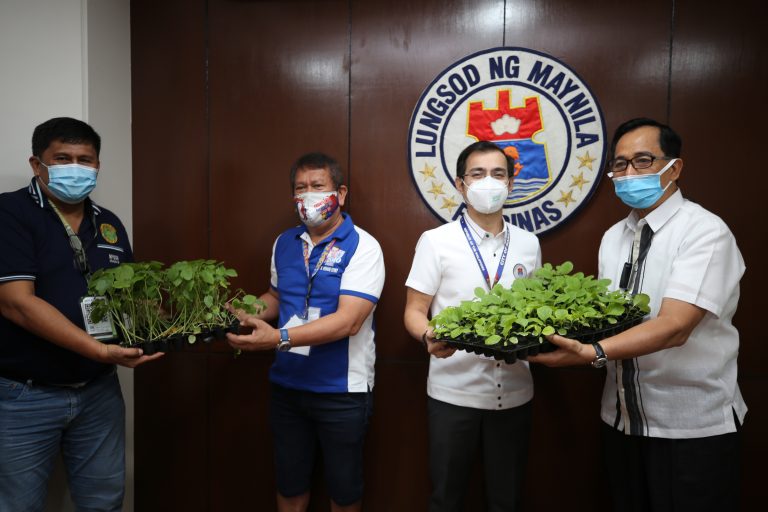 Urban agriculture, which aims to empower city dwellers to grow their own food to attain household food security, is part of the government’s Plant, Plant, Plant program. The project campaigns for the establishment of community gardens in open spaces in the barangay level that may provide extra income in case of surplus production.

“We are here as your partner in urban gardening through the DA’s Bureau of Plant and Industry,” Dar said.

The secretary also encouraged them to identify areas where they could raise poultry and small ruminant animals such as native chicken and goat.

During the discussion, Dar explained how the Agricultural Training Institute (ATI), an agency under the DA, is promoting urban gardening through online education.

For his part, Mayor Isko thanked the agri chief for launching the KADIWA sa Maynila in October last year.

He also assured Dar that the city government will partner with DA in all its initiatives related to urban agriculture. “Let’s plant, plant, plant,” he said.