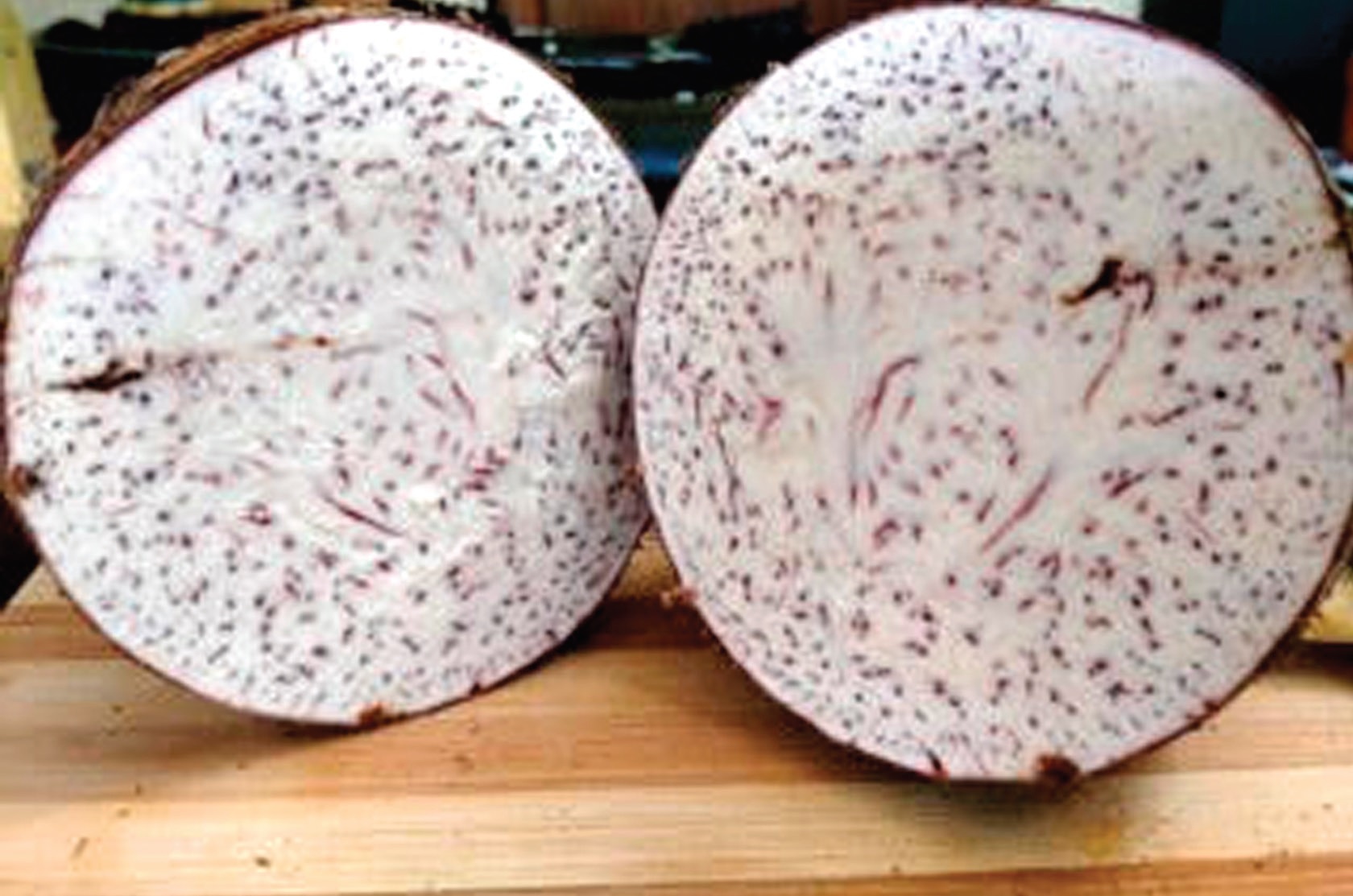 Among a number of things that excited us during our trip to Palawan (February 11-14, 2020) is a native gabi that we have seen and tasted for the first time. It is a native upland gabi we now call Taro Yayena for identification purposes until the botanists can give us the right cultivar name, if any. Why Yayena? It’s because it was Eric Yayen who introduced the taro to us.

Taro Yayena might as well be called a Super Gabi. It produces big edible roots or corms that are so tasty and could be a good substitute for rice, maybe better than rice in terms of nutrition and taste. A good friend of ours who has a laboratory in his factory in Baguio will have the roots analyzed for its nutritional contents.

In the morning of February 13, Yayen fried the roots ala french fries, which we ate for breakfast. We ate the fried taro with hot chocolate, a cup of arroz caldo, boiled saba, and boiled camote. We ate mostly the fried taro dipped in coco syrup. It was very filling. It was greaseless because, according to Eric Yayen, it has a heavy carbohydrate content. 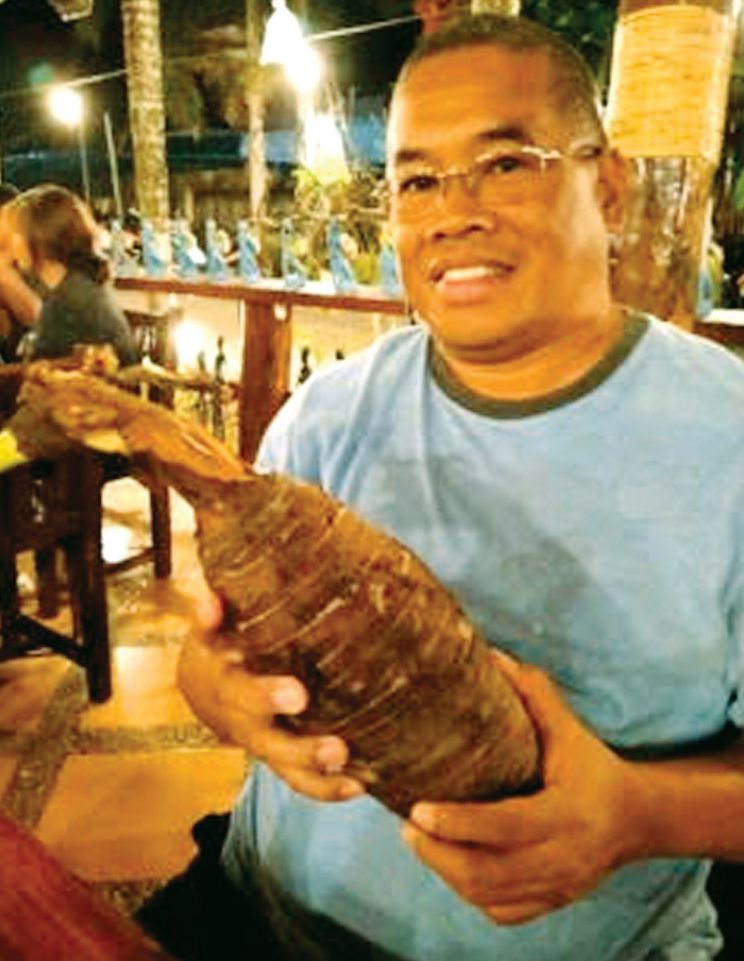 Unlike most gabi cultivars which have pure white flesh, Taro Yayena has purplish markings without clear pattern. When cooked, the purplish color becomes very pronounced.

The first corm that Yayen showed us weighed about 3 kilos. There are much bigger roots that could weigh 7 kilos or more each, according to him. A 3-kilo root is more than enough for one meal to feed a family of three or four. Of course, there are smaller roots, depending on how many roots a plant produces. Aside from fried Taro Yayena, the roots can be prepared in various ways that the gabi is usually cooked in the Philippines. It could be an ingredient in baked products. It can be used in sinigang, nilagang baka, and even pinakbet.

The Palaw’an tribe up in the mountain of Rizal town call the taro by either of two names, Bisol or Tales. Small corms as big as ordinary red onions are used for planting. We will see how they will fare at the Sarian Farm in Teresa, Rizal. We have a few corms for propagation.

Planting root crops like gabi has its own advantages. Because the plants are low-growing, they are not affected so much by strong winds. What is important is that the field for planting should be well pulverized so that the roots will develop properly. Well-composted chicken manure or some other manures will produce a good crop.

Yayen, by the way, is a restaurant owner with a soft heart for the farmers. When the price of the taro in the market is P30 per kilo, he pays the farmer P40 per kilo. He also has a soft heart for Persons with Disabilities (PWD). In his restaurant, which comes with an unusual name “Ka inato”, he employs many deaf mutes and others with disabilities.

Starting a garden? Here’s a list of healthy and easy to grow veggies at home