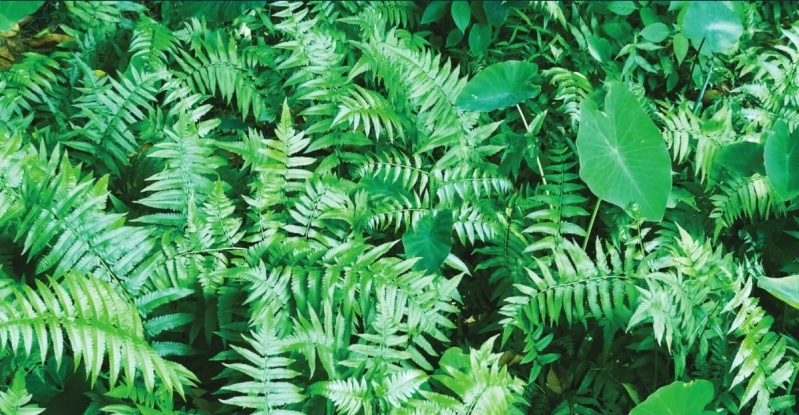 Ferns are commonly used for ornamental purposes or as a feed for livestock. However, there’s an indigenous fern that’s being grown as a vegetable: the pako (Diplazium esculentum).

Known as fiddlehead fern or vegetable fern in English, pako is just like any fern as it reproduces via spores, allowing them to thrive even without the help of humans. It grows well in shaded areas with little disturbance and lots of water such as riversides, edges of forests, and waterways.

It is described as a terrestrial fern with creeping rhizome and stout black roots found underneath the surface.

The vegetable can be prepared in traditional ways such as steamed, mixed in a salad, sauteed with garlic and onion, or cooked with coconut milk (gata).

Pako can be found and harvested during sunny days, especially when the rivers and streams are clear or when the plants are clean and dry.

When harvesting, collect only from healthy groups of plants. Select the semi-mature fronds that are at the stage when it is unfurling or when half the frond has already unfurled. Cut the leaves by the stalk at about 20 to 30 centimeters above the base. Avoid damaging the rhizome so the plant can regenerate.

More importantly, make sure that pako is the one being picked and not the poisonous (or so locals say) fern that grows alongside and looks much like it.

Nonetheless, pako is another indigenous vegetable that should be promoted and preserved because not only does it look good as an ornamental, it is a good source of nutrition to those who consume it, and also importantly, it’s also really delicious.

A patio garden grows vegetables on the west coast