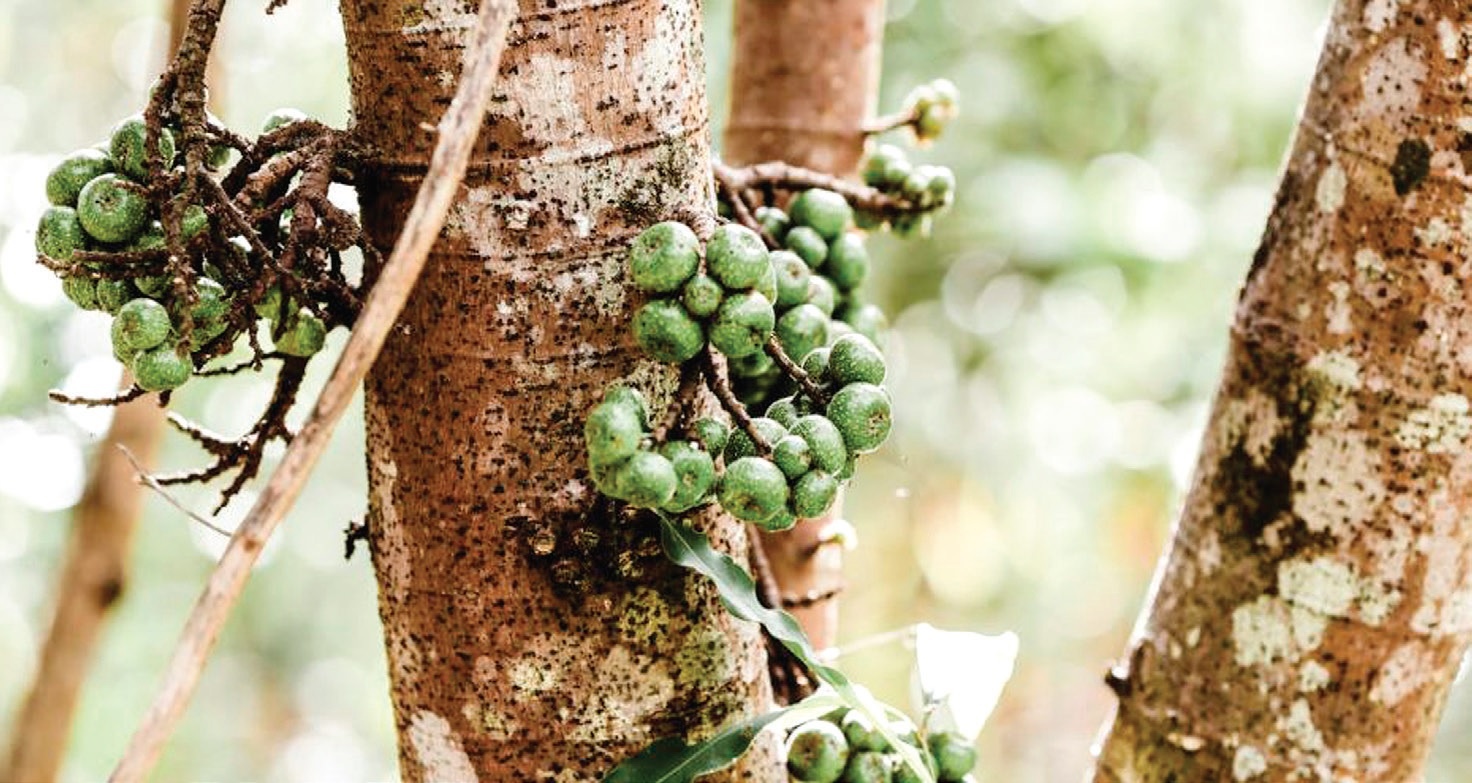 Just a two-hour drive from Manila, a conservation area called Masungi Georeserve is home to various endemic and indigenous species.

Masungi Georeserve is a privately-led conservation and geotourism project located in Baras, Rizal. Through the joint-venture development project of the Department of Environment and Natural Resources (DENR) and Blue Star Corporation, Masungi Georeserve was formed.

In 1996, the area was destroyed by illegal logging, quarrying, and land speculations. There were no trees and animals had no habitats. Masungi Georeserve has been maintained for 15 years now. Two decades after it was deforested, trees are now growing taller and animals start going back to the area. 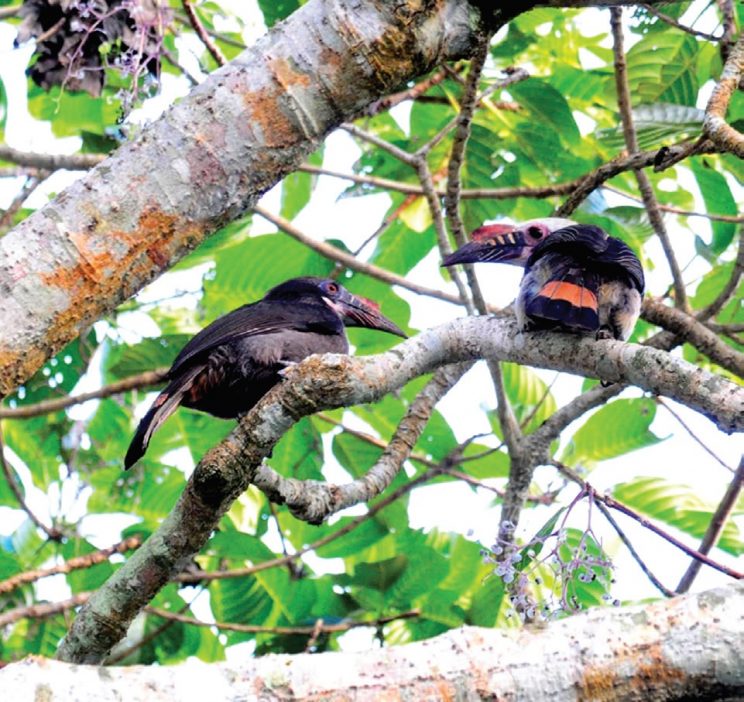 Two birds captured in lipa tree at the entrance of Masungi’s Discover Trail.

Masungi Georeserve opened its trail to the public in 2015. It offers different trails: discovery trail, legacy trail, and family trail. In the discovery trail, guests get to experience a three to four-hour hike inside the conservation area. Park rangers guide the guests all throughout the trek while giving them a deeper understanding about the area.

Inside this trail, endemic and indigenous species can be found. According to the World Atlas, endemic plants are species that can only be found in certain areas under specialized conditions observed in particular habitats that make it rare and more prone to extinction. Therefore, they require extra effort to conserve them. Meanwhile, indigenous plants tend to be more widely spread as it is not limited to exist in specific areas compared to endemic plants.

Here are some of the endemic and indigenous plants found in Masungi’s discovery trail:

The Philippine jade vine is a rare plant with a bluish-green color and a beautiful and unique claw or tooth-shaped appearance that can only be seen in five places in the Philippines. Its local name is Tayabak, and its likeness can actually be found at the back of a five-peso coin. 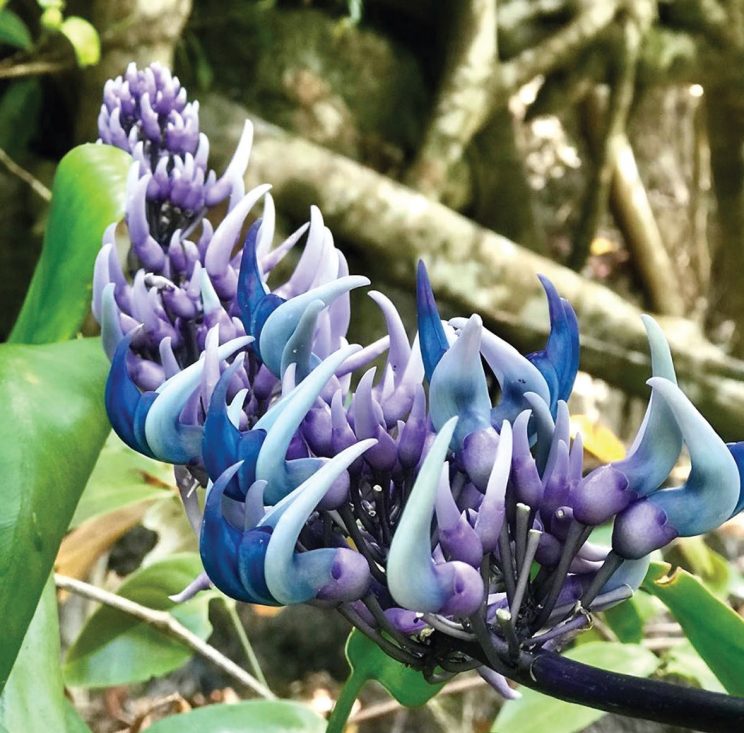 A rare beautiful purple-flowered jade vine is a must-see plant when it blooms around March or April.

This plant commonly grows in tropical rainforests. Its flowers normally bloom once a year, around March or April, and last for only two weeks. It can be pollinated by animals like bats.

A newly-discovered species that is a family member of jade vine has been spotted in the Masungi Georeserve. It has been named Purple Vine (Strongylodon juangonzalesii), and a cousin of Jade Vine, with its flowers blooming in purple or lilac instead of the typical green.

This new species of Strongylodon was named after Dr. Juan Carlos Tecson Gonzales, University of the Philippine Los Baños-Museum of Natural History (UPLB-MNH) Director. Both purple and blue species can be spotted growing in some parts of Masungi. Irven Spence Bustamante, Masungi Georeserve’s Discovery Trail Operations Manager, said they are currently studying the purple vine’s color and its correlation to the alkalinity of the soil in the area.

The purple-flowered jade vine is endemic to the Philippines, specifically to Quezon and Rizal.

The purple-flowered jade vine is endemic to the Philippines, specifically to Quezon and Rizal.

The sacking tree, locally called “tibig” or “tebbeg” in Ilocano, gets its name from the word tubig or water. This endemic tree is often located near water, which means that flowing water can be detected where this tree grows. Forest explorers say people can drink from it through digging near its roots. The fruits of this tree are as big as santol or cotton fruits, Bustamante said. Its fruits are usually eaten by bats and cloud rats in the area, but can also be eaten by humans despite it being tasteless.

The sacking tree, locally called “tibig” or “tebbeg” in Ilocano, gets its name from the word tubig or water. This endemic tree is often located near water, which means that flowing water can be detected where this tree grows. Forest explorers say people can drink from it through digging near its roots. The fruits of this tree are as big as santol or cotton fruits, Bustamante said. Its fruits are usually eaten by bats and cloud rats in the area, but can also be eaten by humans despite it being tasteless.

Firecracker, fireworks, shooting star, Philippine glory-bower, and starburst clerodendrum are some of the names that this plant is known as. Some locals also call this “Pebrero” or “Bunga de Febrero” because its full bloom can be seen during February, as mentioned by Makiling Center for Mountain Ecosystem.

Its local names are “Bagauak na Pula” or “Bagauak na morado.” This plant with pink-colored flowers is native to the Philippines. Its flowers are similar to cotton buds when it’s about to bloom and looks like fireworks in full bloom. The leaves have two colors, green on top and dark purple at the bottom; they are used to heal wounds, boils, ulcers, and cuts as stated in CRC World Dictionary of Medicinal and Poisonous Plant (Quattrochi, 2016). Bagauak morado belongs to the Lamiaceae, a family of flowering plants that is commonly used for culinary purposes. Based on Binhi website, a reforestation project by Lopez Group of companies, this tree is critically endangered today.

From its name ‘multiflora’ which means multiple flowers, hoyas are waxy with multiple star-shaped flowers. Hoya’s flowers have different pigmentations like white and yellow. The blooms can last up to 12 days. These species are widely spread around Southeast Asian countries and among its species, 74 of more than 200 species are found in the Philippines. It is also called shooting star hoya, porcelain flower, and wax plant due to its features. Inside Masungi’s trail, there are a total of seven species and some can be seen growing in Tulay, a long hanging bridge inside. 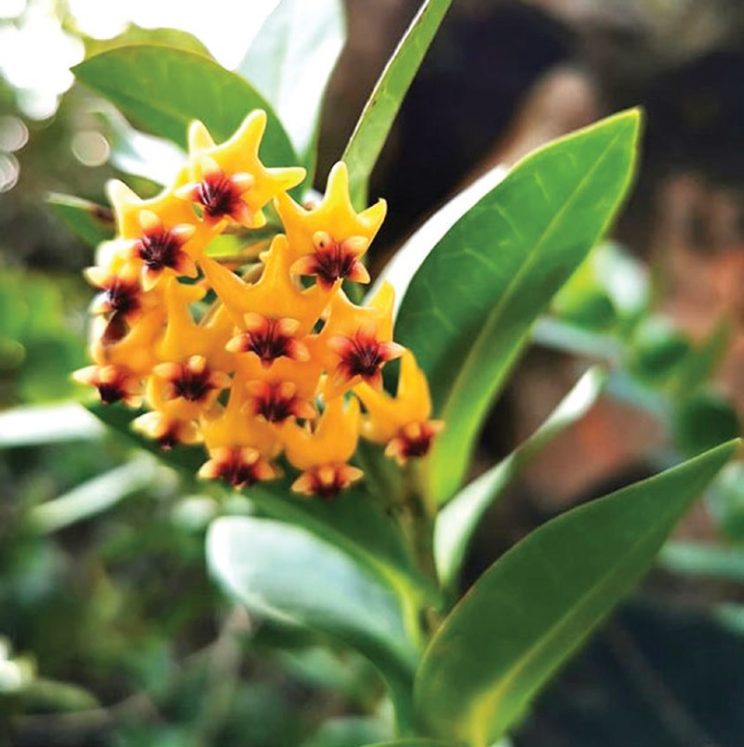 Kayumanis tree (Cinnamomum verum or zeylanicum)
Kayumanis is referred to as sweet wood from its name “kayu,” which means tree, while “manis” means sweet. There are 250 species of Cinnamomum species around the globe and out of 25 species found in the Philippines, 18 of them are endemic. This is said to be the local cinnamon utilized by the Dumagat tribe living in the mountains of Sierra Madre as it treats headaches and body aches. Masungi Georeserve also serves brewed kayumanis tea to visitors during cold weather as many guests love it for its distinct and fresh taste. Its leaves give a strong, sweet, and long-lasting aroma. Kayumanis or cinnamon is a multi-functional tree whose bark can be used as food flavoring, spice, and as a scent for perfume.

One of the largest lipa trees in the country can also be seen inside Masungi. This tree is a stinging nettle tree. When seen, the leaves of this tree should be avoided along the trail or when hiking in the mountains as it is poisonous. It may cause skin inflammation when touched due to its tiny hairs that contain acid. The itch will last for three to four days. One remedy that can be done to fight this is through rubbing banana leaves on the infected skin, Viado said. This tree is also referred to as “lipang kalabaw” and “lipang kabayo,” which can be spotted almost near the end of the discovery trail.

Tagisang Bayawak is a red-stem fig tree that is also indigenous to the country. Due to its long and smooth bark, no monitor lizards are able to climb it and search for fruit. It has a dark-brown trunk and like other figs, it can only be pollinated by particular wasps. The fruits of tangisang bayawak are usually pear-shaped, green or yellow in color, whose top part turns red when ripe. It is consumed as a fruit by the indigenous people in Pampanga and its leaves may be applied on the skin to cure boils.

Despite the already 400+ species in the area, experts and researchers are still studying samples of undiscovered species. Bustamante added that the arum plant found in the area is also being studied as it may be a new addition to the endemic species. Unusual animals like blue ants can be seen on the trail.

Masungi Georeserve continues to do conservation and reforestation efforts in the assigned area, not just for the preservation of water in the community but also to prevent landslides and flash floods. However, last February 27, Masungi released a statement on their Facebook page that 500 hectares of the reforestation site was fenced by a quarry company without any permit. “Our trees are bleeding” stated the post. The quarry company put up barbed wires in the tibig trees. Masungi Georeserve sought help from the government officials. As a result, DENR Secretary Roy Cimatu, together with Usec Benny Antiporda, visited Masungi to inspect the incident and promised to close down any quarrying activities in Masungi. The Army and the PNP have also reached out to help in monitoring the area.

Taking part in preserving these endemic and indigenous plants is important. Most of these plants are endangered and losing them affects biological diversity. Plants enable humans to get enough air supply, create livelihood, save the community from calamities, and save the environment for future generations. Therefore, preserving them is crucial because at the end of the day, we are the ones to benefit from it.

To learn more about the Masungi Georeserve, visit www.masungigeoreserve.com.

A patio garden grows vegetables on the west coast