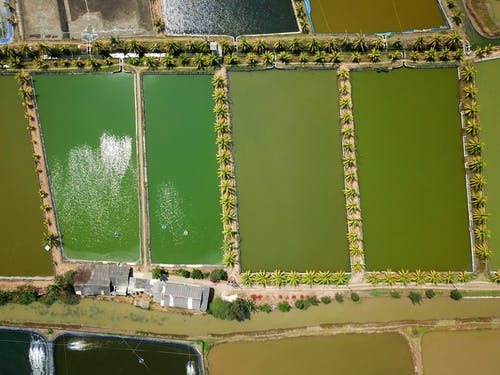 The rabbitfish, or samaral, is a high-value marine species that is cultured in ponds and cages in the Philippines. It is so-called because it feeds on seaweeds with its rabbitlike teeth in the wild, but it can also be grown with commercial feeds. Of the many species found in our country, the orange-spotted rabbitfish (Siganus guttatus) is the favored one for cage culture in the sea.

We talked to Dr. Jose Ingles, a former professor of the University of the Philippines Visayas, and his son Johann of the ISDA Farm, which grows the S. guttatus in cages in the coastal waters of Rosario, La Union bordering Lingayen Gulf. The farm has 11 rope-framed cages, each measuring 10 x 10 x 5 meters and costing P60,000. Each cage is stocked with 10,000-12,000 juveniles weighing 5-10 grams each, previously reared in nursery cages from fingerlings (1.5 inches long) purchased from a private hatchery in Mindanao at P7 per.

The rope-framed cage was developed by the Bureau of Fisheries and Aquatic Resources
of Region 1. It is an improved version of the fish cages made of bamboo and GI/HDPVC
pipes by being more flexible, capable of withstanding strong water currents and waves, and can be used in deep waters.

The cultured fish in the cages are initially fed with sinking pellets and then crumbles. To save on commercial feeds, gulaman dagat (Gracilaria seaweed) available in the area is also given. The fish is grown to market sizes of 150-200 grams each in five months. The survival rate and feed conversion of the fish are 70% and 3, respectively. A net income of P50,000 per cage per cycle can be had with market prices of P200-R250/kg for the fish, according to the Ingleses.

At harvest, the fish is first “killed” in a chilling tank with iced water and brought in fresh frozen form to the Dagupan City fish market in nearby Pangasinan. The market prices for the fish are good in the Holy Week and Christmas season periods when the demand is high.

The rampant use of explosives for blast fishing by illegal fishermen in Lingayen Gulf is a major threat to their cage culture operation, the Ingleses bewail. With such nefarious practice, the survival of the rabbitfish in cages can go down to 60%.