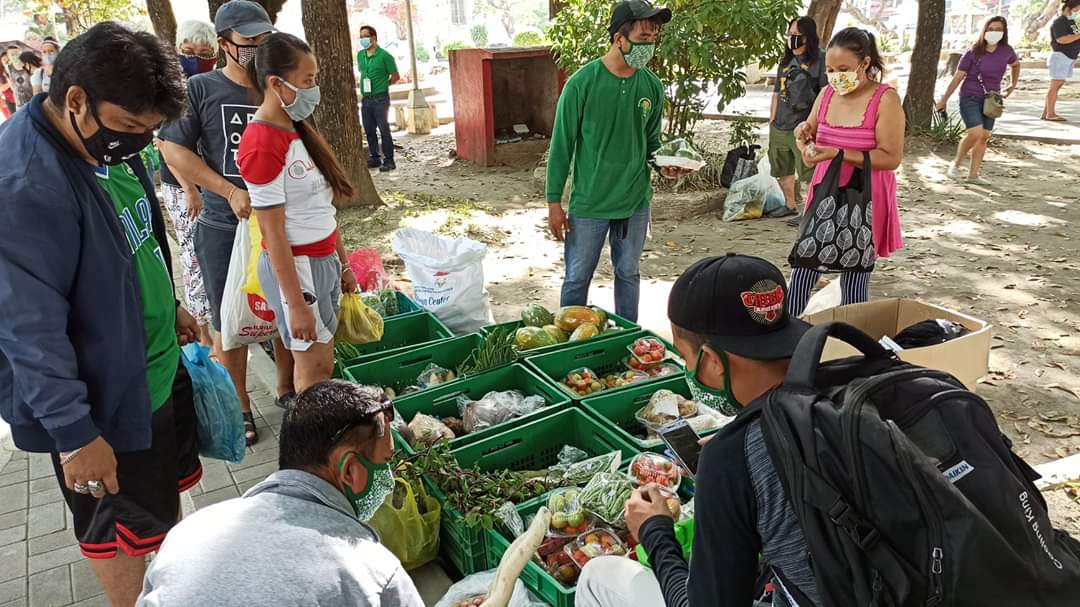 ILOILO CITY – For two months under community quarantine, Western Visayas’ Kadiwa ni Ani at Kita markets had generated a total sale of P8,096,082.42 as of May 30.

“At the start of the Enhanced Community Quarantine, we responded to the marketing concern of our farmers. We linked them directly to the consumers through the Kadiwa markets,” said Regional Executive Director Remelyn R. Recoter of the Department of Agriculture (DA-WV).

DA-WV in coordination with the Iloilo City Government’s Uswag Rolling Store launched the Kadiwa on Wheels on March 31 which was aimed at selling fresh and affordable fruits and vegetables to urban dwellers.

DA and the Negros Occidental Provincial Government materialized the Negrense: Kadiwa ni Ani at Kita on April 1 which targeted the delivery of agri-products right at the doorsteps of Bacolod City consumers. They partnered with several rider companies such as Grab, Tapao.ph, Juan Rider, Maid in Bacolod, and Tinderoo for the digital marketing system.

Aside from the online market, the Negrense: Kadiwa has a market outlet in Brgy. 12, Bacolod City. Kadiwa market in Negros Occidental had obtained P3,251,168.43 gross sales.

Korea International Cooperation Agency-funded Bayanihan Tipon Centers in Panay Island also started the operations of Kadiwa outlets in Lambunao and Tubungan in Iloilo, Tapaz, and Jamindan in Capiz, and Patnongon, Antique. They have a cumulative sale of P258,994.00.

“We would like also to commend the local government units who purchased the agricultural products of their farmers as inclusion in the relief packs distributed to poor communities during the ECQ,” said Recoter.

In a recent meeting with the Regional Development Council, Recoter mentioned that digital marketing is being considered as one of the government’s active responses to the uncertainties of COVID-19 as the community transitions to the ‘new normal.’

For more information, visit the Department of Agriculture, Region 6 (DA-6).