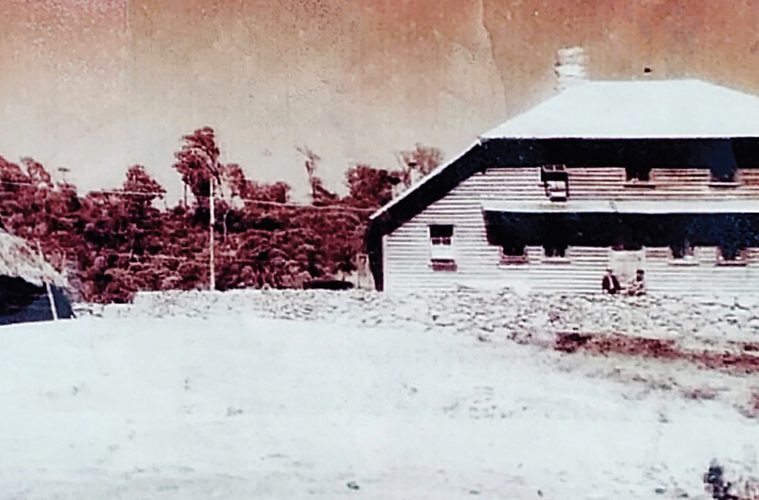 A century-old farm in Benguet endures

The province of Benguet is known for its rich history and culture. It is also considered a suitable place to grow high-value crops because of its nutrient-rich soil and cool climate.

A former United States soldier named Franklin Guy Haight, Guy to friends, realized the same thing during his stay in the country after the First World War.

Rather than go back to America, Haight decided to stay in Sayangan, Atok, Benguet after getting attached to the area and recognizing that it had the appropriate soil and climate for farming. 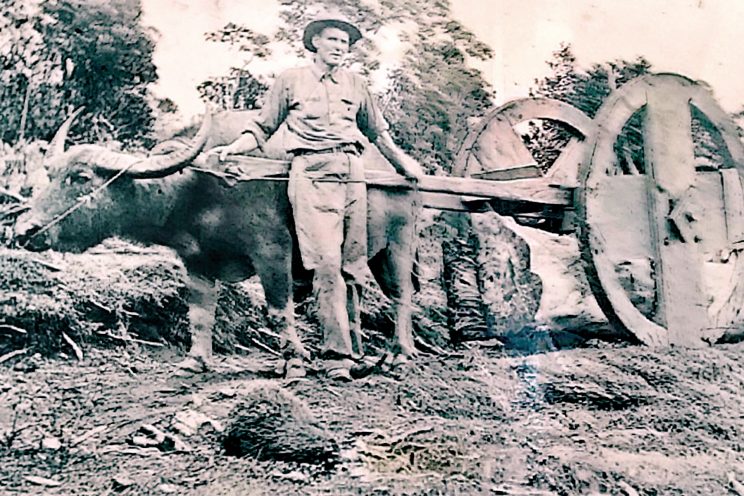 He married Susi, a local resident of Atok, and they started a family together.

With a desire to develop the area, Haight first introduced farming to his family. Together with his wife, they planted crops such as potatoes, turnips, strawberries, and more. He then moved on to educating the members of their community about vegetable farming.

Over time, the couple progressed as farmers and were able to acquire properties such as their own house, as well as cabins and a hotel to accommodate farm guests.

However, during the Second World War, the Japanese burned all their properties. Fortunately, the farm was left intact. This gave the family the opportunity to pick up right where they left off.

Guy passed away in 1925 but the farm was left in the capable hands of the Haight children, who gave value to their parents’ hard work by caring for the land rather than selling it for profit.

Haight Farm has been passed on from generation to generation and is considered a family heirloom.

Although the farm was initially established at the end of WWI and suffered great losses during WWII, it has endured for more than a hundred years so that future generations can enjoy its bounty and learn from what it has to offer. 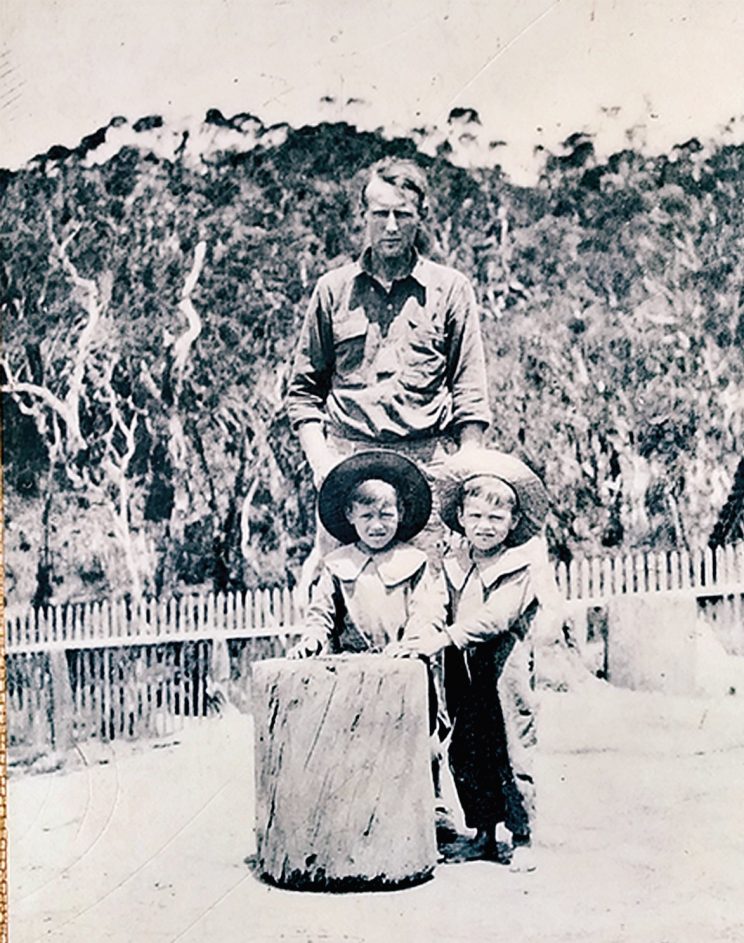 Haight with his sons Tom and John.

The farm is currently managed by the fourth generation of the Haight family, who continues to advocate for the importance of farming.

Edward S. Haight, the great grandson of Guy and chairman of the Benguet-Kochi Sisterhood Park, is continuing his ancestors’ dedication toward the farm by developing the area while raising awareness on the importance of farming.

“We should love and appreciate farming. It is a job that requires hard work, but if we do it with love, diligence, and patience then we will enjoy it,” Haight said.

He added that it is important to aim for quality products while observing good agricultural practices as well as to instill farming in the hearts of children and other family members.

With the approval of the clan in 2016, Haight formed an association known as Haight’s Farm Association which counts 33 farmer-members in Atok, Benguet.

One of the farm’s notable attractions is the availability of blue potatoes (Solanum tuberosum) on its premises.

“Blue potatoes are not the usual potatoes that we see. From its name, it is colored blue both on the inside and outside,” Haight said.

According to Haight, it was his sister’s initiative that got him started in dealing with blue potatoes.

“She sent some seeds from the US because she wanted us to have a taste of it. Instead of merely trying it out, I planted the seeds on the farm with hopes of growing and producing more of it,” he said.

Blue potatoes, also known as “Adirondack Blue,” originated from South America then spread to other parts of the continent, along with North America. 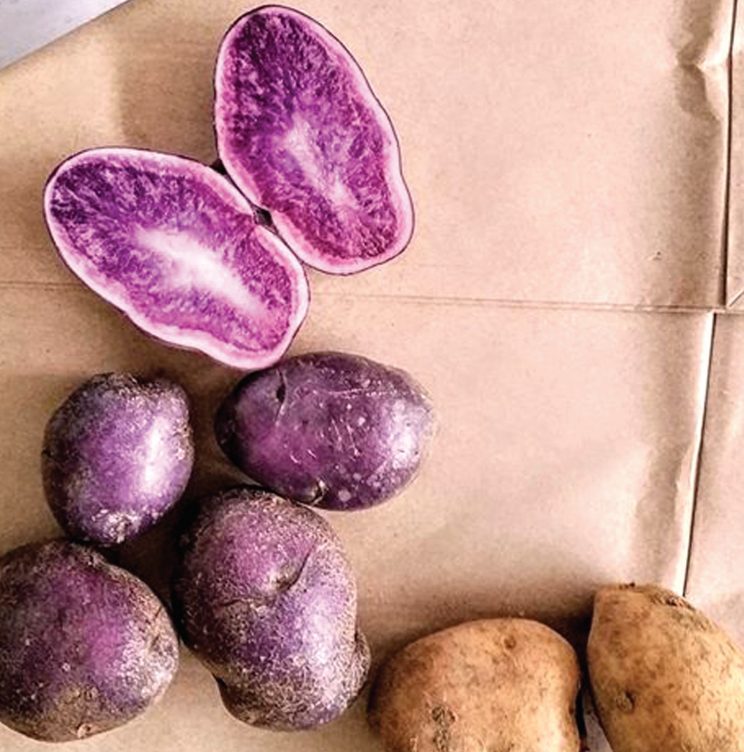 It is not genetically modified, as many would instantly assume. Blue potatoes are natural and known to contain large amounts of anthocyanins, which are compounds that possess antioxidants. Anthocyanins are also responsible for the potatoes’ blue pigment.

It can be cooked in different ways like mashed, boiled, fried, and more, just like the common potato.

Additionally, Haight said that the process of growing blue potatoes doesn’t differ from growing the varieties that many people are used to.

“First, store the potato seeds for four to five months. Then, when it starts to sprout, plant it directly to the soil,” he said. It takes three to four months before the potatoes can finally be harvested.

Like other vegetables, blue potatoes have to be maintained by giving it enough water, fertilizer, and spraying insecticides or fungicides to keep it pest and disease-free.

However, according to Haight, blue potatoes can’t grow in the lowlands because of the hot weather.

“These crops need cold weather for it to grow well. The province of Benguet is a good place to grow vegetables because it is blessed with good soil and cold weather, which are the factors needed to grow high value crops,” he said.

Other than the blue potatoes, Haight farm also grows highland vegetables which include carrots, radish, cabbage, lettuce, spinach, and more. Guests can experience harvesting the crops on their own.

A flower farm is also available on the premises, as well as the Benguet-Kochi Sisterhood Park, also known as the “Sakura Park,” which was established by Haight and Japanese national Hiromi Yoshikawa early in 2016.

Thirty sakura (Prunus serrulata) trees of two kinds were planted in the Sakura Park: the Yokiwari Sakura, which produces the popular pink blossoms, and the Sindaya Sakura, which gives white blooms. All the seeds and grafted trees planted in park came from the Kochi Prefecture in Japan.

Although it was expected to bloom three to five years after its planting, the Sakura trees began to bloom in 2017 and have caused a significant spike in the region’s tourism.

Before the Sakura Park was established on their property, the Haight family decided to lend the 3.3 hectares of land to the park for 25 years without any fee for its lease.

Presently, the roughly 100-year-old farm continues to attract visitors because of its quality produce, farm tourism aspect, and its dedication to keeping the agriculture industry well-appreciated in the country.

The family sees the preservation of the farm as a homage to their great-grandparents’ efforts in engaging the community along with future generations in agriculture.