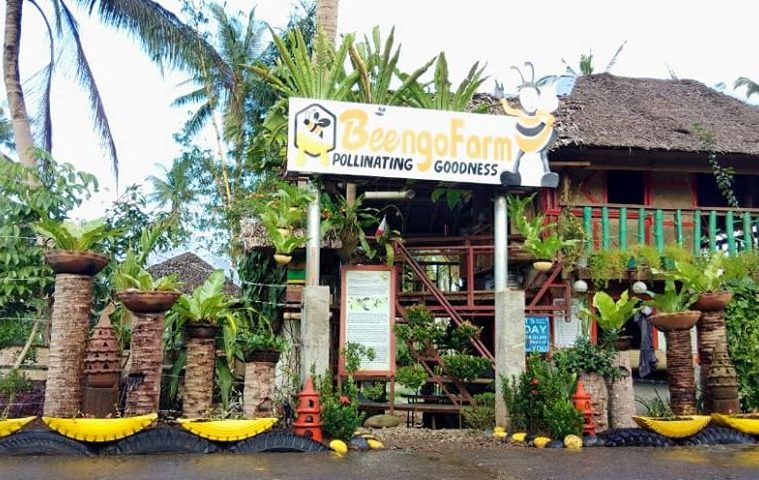 The exterior of BEEngo Bee Farm where its sign reads 'pollinating goodness.'

Bees are an important part of the ecosystem because they are natural pollinators who help plants bear fruit and propagate. Unfortunately, their population is slowly decreasing due to climate change and urbanization.

Luckily, experienced beekeepers and bee farms are encouraging newbies to raise bees to raise awareness about the current situation of bees and add more numbers to their colonies.

Gary Avila Ayuste, an entrepreneur and the proprietor of BEEngo Bee Farm in San Vicente, Tunga, Leyte knows that the proper training and demonstration can push aspiring beekeepers into the right direction. 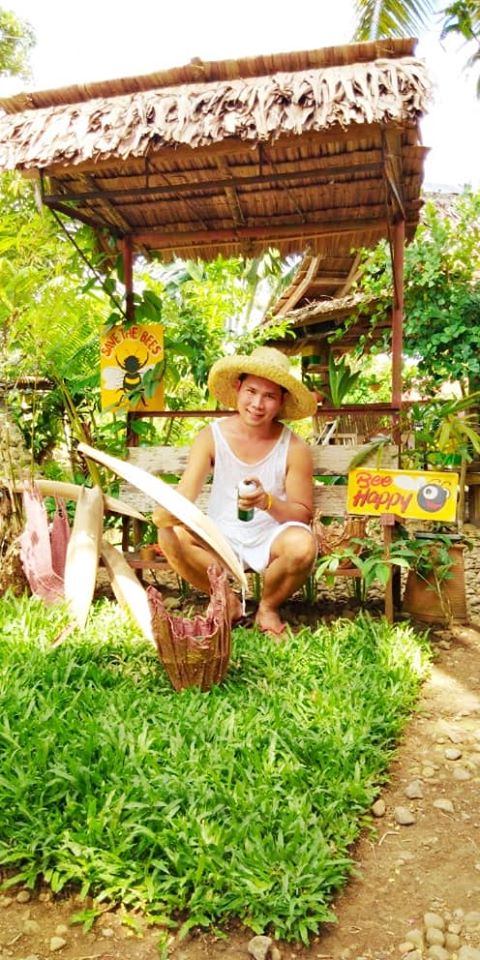 “After visiting Milea Bee Farm in Batangas, I learned a lot about the life of bees and their important role to humanity. From that moment on, I became interested in keeping bees and learning more about them,” he said.

This then led to the establishment of BEEngo Farm, a bee sanctuary that trains thousands of visitors on how to care for bees.

“The idea is to educate visitors about the importance of bees and pollination for food security and to make people realize that there is money in farming as well as how agriculture is the mother of all industries,” Ayuste said.

Proving others what he’s capable of

Native stingless bees such as biroi and mongo-mongo are some of the bee species that thrive in BEEngo Farm. Ayuste shared that he is fond of these because they are proudly Filipino and are easier to manage. 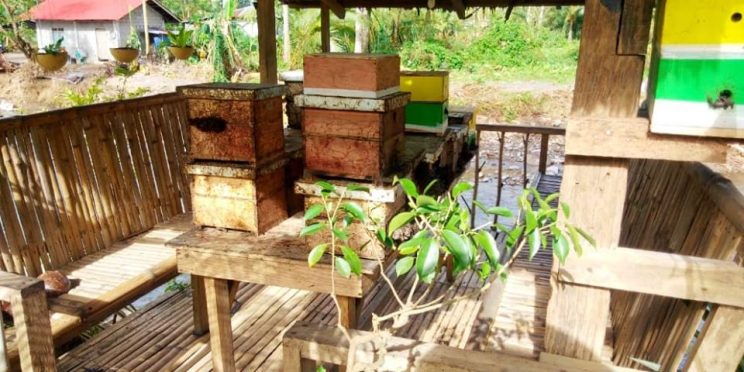 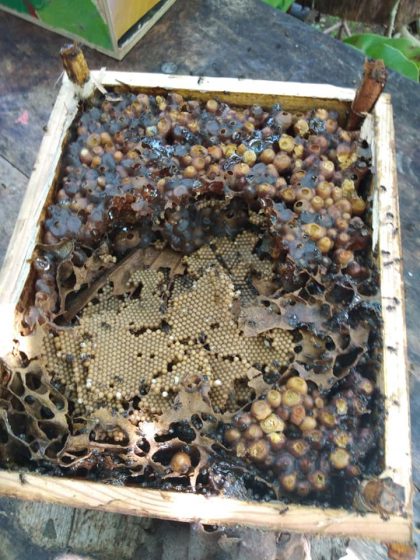 Wax and honey produced by the native stingless bees. 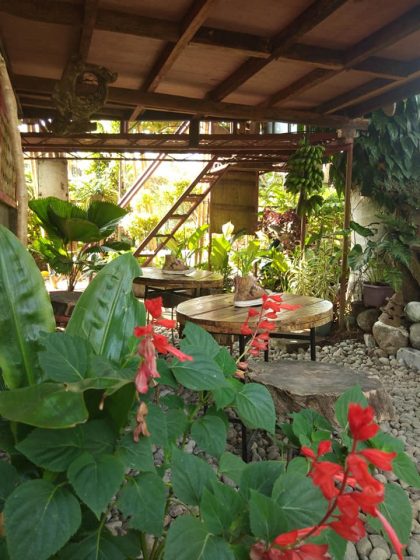 Aside from the visitor-friendly interior, plants are also planted around the area where bees could forage from.

When he first started beekeeping in his town, however, Ayuste said that people mocked him for choosing to cultivate the native bee species.

“I realized that if I don’t educate the people, the decline of the bee population will continue. So I started giving beekeeping courses affordable for the public where I also work a lot with the youth,” he said.

Other efforts that Ayuste did to encourage his community to go into beekeeping includes donating colonies and campuses.

To date, the youngest trained beekeeper that BEEngo Farm has is 11-years-old while the oldest is 69-years-old whose duties are planting plants to provide forage for the bees. 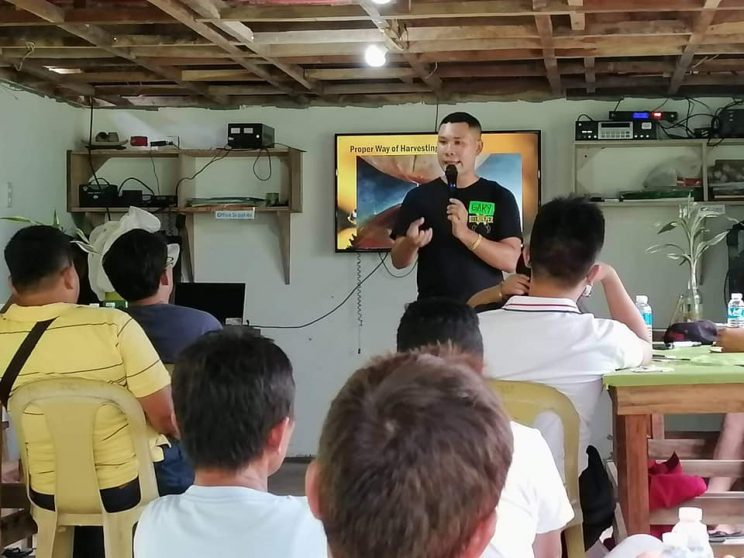 Ayuste offers beekeeping training to the visitors of his farm.

“We make sure to protect them from the rain and too much heat and we also elevate the colonies to protect from frogs and ants,” Ayuste said.

Aside from the native stingless bees, the bee farm also cares for the Eastern honeybee or the apis cerana.

BEEngo Farm is personally managed by Ayuste with the help of his family and a regular employee who is a member of the Empowered Farmers Association of San Vicente.

The bee farm formed the association with a group of 24 mothers who are trained as organic farmers under the Technical Education and Skills Development Authority (TESDA) to provide income for the members of the community.

According to Ayuste, the members plant vegetables along with other cash crops like corn and sweet potato which they serve and sell to farm visitors. The members also offer the native chickens which they personally raised.

Since Ayuste is only fairly new to beekeeping, he admits that he still has a lot more to learn about the trade.

In the near future, he hopes to learn how to process honey-based products so he can relay the information to the farm’s trainees which will enable them to earn from their colonies while also preserving the bee population.