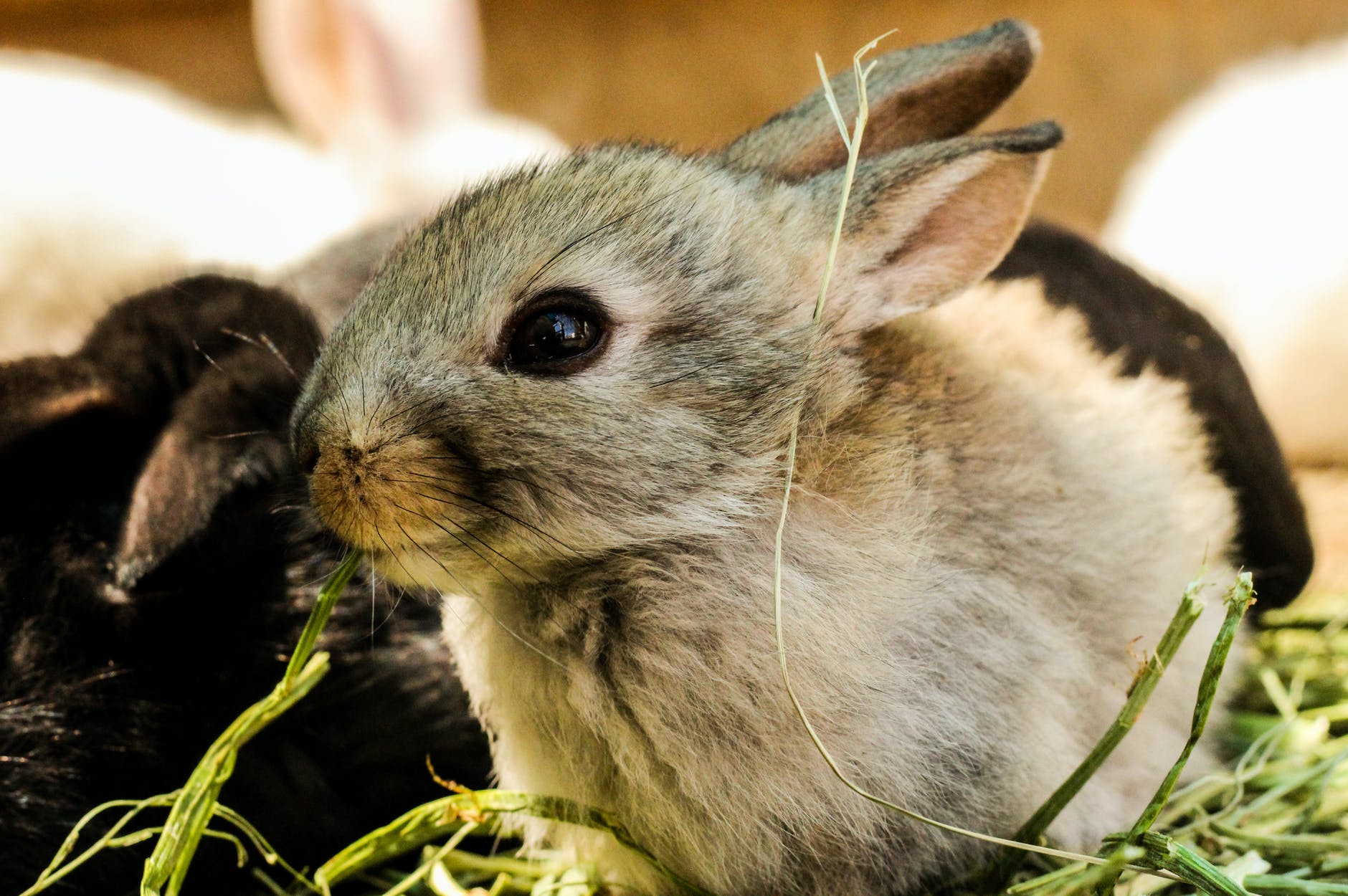 Rabbits have been raised as livestock since ancient times for their meat, wool, and fur. In modern times, rabbits are also utilized in scientific research as laboratory animals. Domestication of rabbits for food can be traced back to 600 AD, when French monks raised them as a source of healthy meat.

In the Philippines, rabbits were introduced by missionary groups and the U.S. Peace Corps after the Second World War. They knew that rabbits grow fast, are prolific, and will not compete with humans for grain; making them an ideal protein source that can alleviate food scarcity brought about by the devastation of war.

Rabbits were, however, made more popular as pets instead of livestock due to lack of government programs and support, as well as consumer education. The endearing characteristics of rabbits brought about taboos regarding eating rabbit meat that in turn hindered the widespread rabbit production for meat.

Small and giant breed rabbits are cared for as pets and are not economically viable to be raised for meat.

Small fancy breeds and giant breeds are raised for pets and are not economically viable to be raised for meat. Medium-sized rabbit breeds with a high meat to bone ratio are best suited for meat production. But because of the popularity of rabbits as pet animals, rabbit meat producers are confronted with the challenge of changing mindsets and overcoming constraints to make rabbit meat gain a wide consumer acceptance.

The Association of Rabbit Meat Producers, Inc. (ARaMP), since its organization in 2015, persists in its advocacy to make Filipinos understand that with small investment, rabbits can provide protein and income to both rural and urban households. ARaMP has seen that if managed properly, rabbit production is sustainable and profitable, and with proper industry support and consumer awareness, rabbit production can emerge as an important low-cost answer to the problems of hunger, undernourishment, and poverty.

ARaMP, addressing the need for support of rabbit raisers advocating rabbit production for human consumption, has since conducted and continues to conduct various seminars and awareness campaigns to overcome cultural and other restraints that limit the consumption of rabbit meat. Membership to the association has since grown all over the country and even those raising rabbits for pets are already showing interest in meat production and showing readiness to partake of the healthy meat.

In 2016, the first Rabbit Festival was held with the theme “Rabbit Meat, Healthy to Eat.” The second Rabbit Meat Festival followed in 2017 with the theme “Healthy and Happy with Rabbit Meat.” Also in 2017, the 1st Rabbit Stakeholders’ Forum was held. In this forum, rabbit raisers’ experiences were gathered and raised to theoretical levels to outline plans and guides for more successful rabbit raising enterprises. 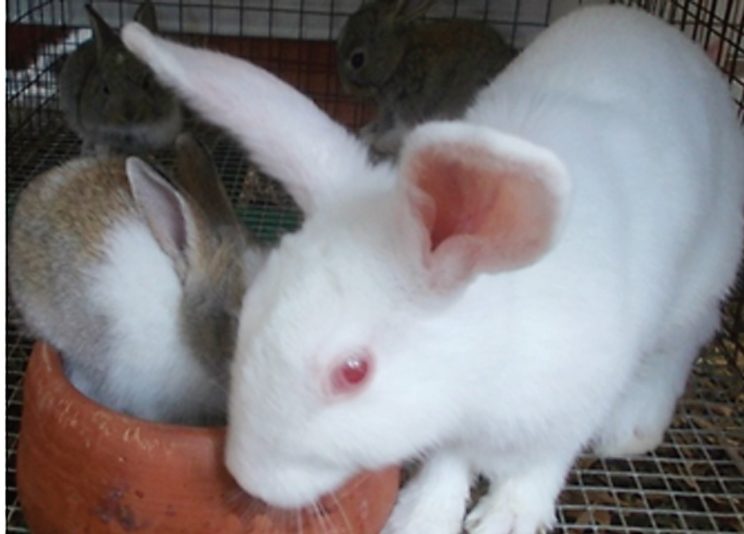 Medium-sized meat rabbits such as New Zealand Whites, are raised both for meat and as laboratory animals.

Indeed, rabbit meat has gained increased popularity and acceptance, as can be gleaned by the larger market demand for rabbit meat nowadays. Complementing ARaMP’s information effort is a growing health-conscious populace that has increased purchasing power and is on the look-out for an alternative protein source. (In its forecast made in 2012, the Philippines was listed by Chatham House as among the countries with the fastest growing meat consumption).

ARaMP members and rabbit raisers from Bulacan and nearby provinces, in order to consolidate supply of rabbit meat and to be able to meet market demand, have established the Rabbit Raisers and Meat Producers Cooperative (RRMPC). The cooperative aims to give support to rabbit meat producers in their logistical and marketing needs. Parallel to material support, members are given a continuing education on the values of cooperativism to avoid the dog-eat-dog business culture of competition that may be detrimental to the growth of the sunshine industry.

In the Philippines, like in the U.S., rabbits are classified under poultry. The rationale behind this is the fact that rabbit meat, like chicken breast, is white meat, thus, the handling and processing of rabbit meat is very much like that of poultry. Since rabbits are traditionally raised in homesteads and households, they provide readily available meat for the family to process for their consumption without the need to get permits to slaughter or to bring them to slaughter houses.

The fast turn of industry events necessitates fast action to avoid being caught unprepared. ARaMP, Inc. continues to anticipate industry needs, and among these is the need for standards and facilities for humane and sanitary processing of rabbit meat. Trainings on Rabbit Raising and Processing are regularly held in cooperation with the Bureau of Animal Industry (BAI)-Animal Products and Development Center. Stun gun equipment has recently been acquired and is now used to process rabbits. Knowing that some rabbit raisers need a facility to process their meat rabbits, AVEN Nature’s Farm now accommodates processing for a minimal fee. However, we cannot deny the fact that cervical dislocation to stun rabbits before slaughter is still the practice in small rabbit farms, since stun gun equipment is not readily available to raisers.

As a result of the industry stakeholders’ forum held in 2017, the BAI-Livestock Research and Development Division (BAI-LRDD) has called for the drafting of the Rabbit Industry Roadmap by an Industry Committee with members from various agencies of the Department of Agriculture, together with ARaMP representing the private sector, Bulacan Agricultural State College (BASC) representing the academe, and the Bulacan Provincial Veterinary Office providing inputs for the local government. The Roadmap declared the industry mission and vision, outlined the industry needs, and has set targets for implementation.

Although the Roadmap is still pending finalization and approval, ARaMP has already started its implementation in its private capacity. The increased production of rabbits calls for a rabbit slaughterhouse that is conformed to international standards. In anticipation of the production volume for the local as well as the export market, ARaMP has sought the help of the National Meat Inspection Service (NMIS) for the design of a slaughterhouse facility that would meet international quality standards. ARaMP, in a meeting with Director Ernesto S. Gonzales and the NMIS key officials, presented the rabbit industry’s need for a slaughterhouse. Dir. Gonzales and the NMIS officials acknowledged ARaMP’s initiative and responded positively. Rabbitries in centers of production in Bulacan and Cavite were visited to assess the industry requirement. NMIS pledged to work with ARaMP to put industry standards in place.

In anticipation for the rabbit industry’s need for support and veterinary services, ARaMP visited state universities and colleges to ask them to revisit their curriculum to include rabbits as livestock. BASC was among the first to respond and will soon offer subjects on rabbit production.

ARaMP and BASC have entered into a Memorandum of Agreement to collaborate on programs that will help grow the rabbit industry in the Philippines. It has set up its rabbitry at the BASC campus for research and training. BASC’s slogan “Karne ng Kuneho para sa Kalusugan at Kabuhayan” will be the theme of the 1st Rabbit Congress in the Philippines to be collaborated on by ARaMP and BASC. Also in the pipeline is the establishment of a Rabbit Research Center at BASC.

Rabbit meat was declared by the U.S. Department of Agriculture as the “healthiest meat available to man.” Studies show that compared to other meat, rabbit meat has the lowest fat, lowest cholesterol, lowest calories but has the highest protein content (Circular #549 USDA Washington, DC).

In the Philippines, although rabbits have long been listed as livestock, there are still insufficient programs and standards to support industry growth. Filipinos should not be deprived consumption of this healthy meat due to perceived lack of standards and humane procedures. It is imperative that the ARaMP initiative to grow this industry, that may well be the answer to food security and good nutrition in the Philippines, be extended its needed support and encouragement from the government as well as the private sector.

DA to use satellite technology for crop insurance