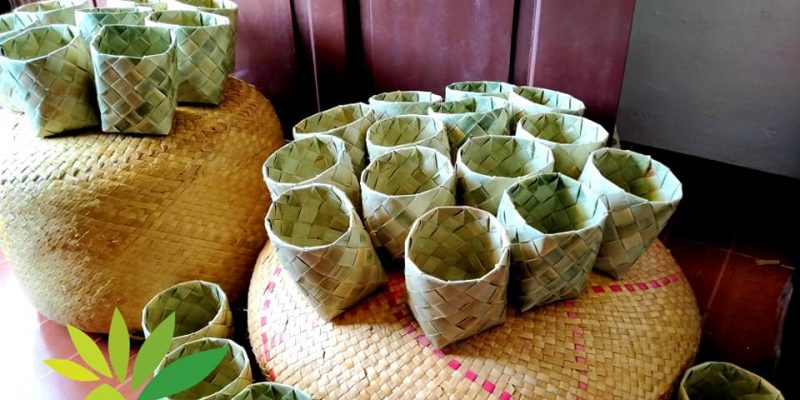 Lombedencio is promoting sustainable planting through the use of pandan planters.

Pandan leaves (Pandanus amarylifolius) are large, elongated, narrow, and oblong in shape. They come from the pandan tree, known as screwpine in English, which are palm-like in appearance and native to tropical as well as sub-tropical regions.

In the Philippines, pandan leaves are locally known for their fragrance and as the main dessert to a favorite dessert: buko pandan.

For the proprietor of a Laguna-based business that sells eco-bags in the Philippines, there’s more to pandan leaves than just being for consumption. 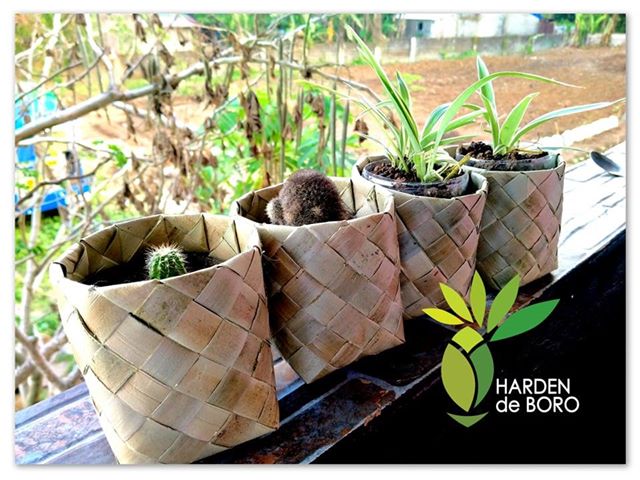 Planters made out of pandan leaves is a natural alternative to plastic pots.

“Using pandan planters lessens the use of plastic pots and is good for the environment because it’s biodegradable,” said Michael Lombendencio.

Lombendencio used to work as a development officer for a government agency before he shifted to running his own eco-bag business to lessen the use of plastic bags among supermarket-goers.

He posted on social media about using pandan planters to inspire gardeners to practice sustainable ways. Lombendencio, however, did not expect the influx of orders from interested buyers. What turned out to be a simple suggestion became a business opportunity for the entrepreneur.

Fortunately, the demand for pandan planters can be easily met because pandan grows around the vicinity of Luisiana in Laguna. Lombendencio sources the raw material from local farmers and in order to make the planters, the eco-bag entrepreneur needed weavers, which he already had.

“I’m not new to producing pandan-made crafts since I’ve created a group of women weavers last 2016. Until now, I’m continuously guiding and supporting them with their livelihood by promoting their designs, helping them learn more through training offered by government agencies, as well as marketing their products by taking them to trade fairs both local and national,” he said.

According to Lombendencio, pandan leaves undergo a process before they’re turned into planters or baskets and each step has a specific term. 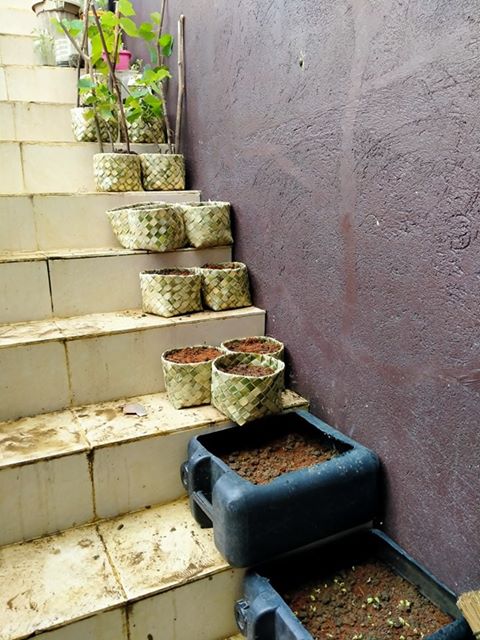 Selling woven products made from pandan leaves is the main livelihood in Luisiana, Laguna.

Cleaned and shaped pandan leaves are then pressed and flattened to make it softer and ready for weaving; this is known as pagyuyupi. Lastly, paglalala refers to the process of weaving.

“There are many weavers here in Luisiana and it is the primary source of livelihood in the area,” Lombendencio said.

With pandan planters, gardeners don’t have to bore holes at the bottom since the water can easily be drained out of the container. Pandan is also has a cooler temperature and is long-lasting despite being biodegradable, as long as it gets sunlight and dries properly.

“The mark up is just P5-P7 [for] each item and part of the proceeds will go to a charity event set to happen this coming December in partnership with our charity group: Bangon farmers and Friends,” he said.

Harden de Boro, as per Lombendencio, is the name of the garden located near his residence. It was only established last May because the entrepreneur wanted to have a source of food that follows sustainable practices.

“Since I am an urban gardening enthusiast and eco-advocate, I want the garden to be more eco-friendly by using biodegradable planters like the pandan basket which is endemic in this area. This way, I am helping the environment to heal and at the same time, I’m helping local weavers to preserve their livelihood of weaving pandan baskets,” he said. 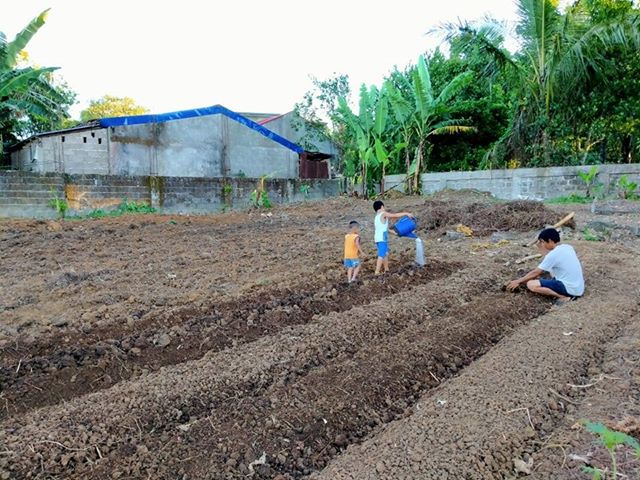 Lombedencio aims to create a sustainable source of food with Harden de Boro.

The entrepreneur added that he thought of making the garden cozy and interactive as he plans to add a greenhouse with a hydroponic system, an orchidarium, as well as grafted fruit bearing trees to name a few. However, because the Harden de Boro was only recently created, Lombendencio’s ideas are currently set as plans where the garden will be modeled into.

Despite all his plans with Harden de Boro, sustainability and growing plants organically is Lombendencio’s main objective.