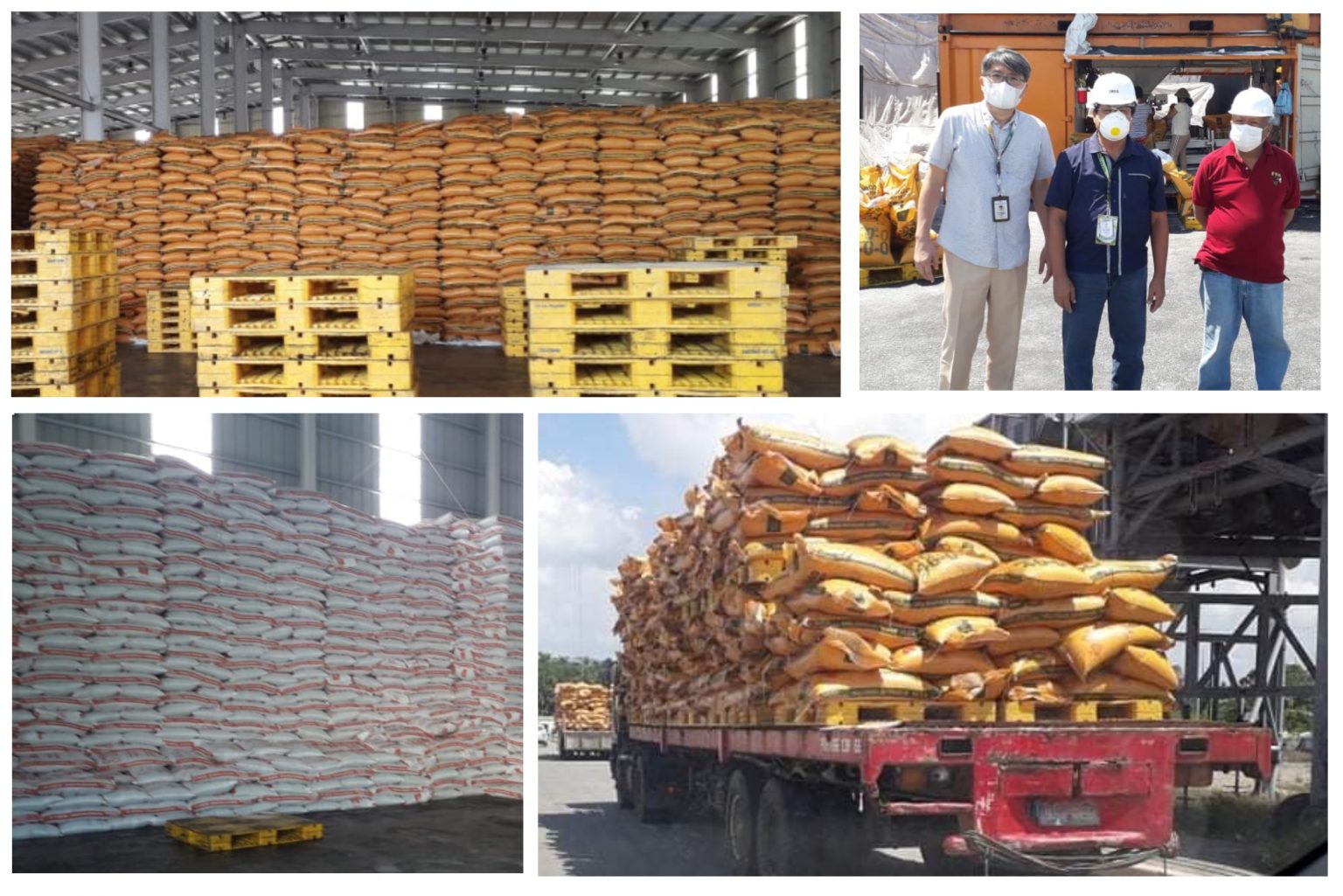 The Department of Agriculture has completed the procurement of the first batch of fertilizers under the Rice Resiliency Project, strictly following the procurement modality of negotiated procurement (emergency purchase), pursuant to Sec. 53.2 of RA 9184 and Government Procurement Policy Board (GPPB) NPM 003-2020 protocol under the “Bayanihan to Heal as One Act” and the GPPB resolution.

“Such prices were a lot cheaper compared to previous purchases at the regions, ranging from P1,300 to P1,500 per 50-kilo bag of urea fertilizer,” added Secretary Dar.

“Hence, at less than P1,000 per 50kg, we are already saving a lot for the government. And there is a downward trend of prices, as we are conducting a more transparent centralized bidding through the DA Bids and Awards Committee (BAC) ” he said. The DA-BAC is chaired by Undersecretary Waldo Carpio.

The P1,000/50kg Approved Budget for Contract (ABC) was pegged after consultation with various players in the fertilizer industry, and recommendation of the DA’s Fertilizer and Pesticide Authority (FPA) based on a four-month price monitoring trend, the BAC secretariat said.

“The DA-BAC considered the ABC submitted by the end-user of P1,000 per bag. As per end-user, the DA Operations Group, headed by Undersecretary Ariel Cayanan, the P1,000 was based on the FPA and PSA retail price of urea,” Secretary Dar said.

It has issued the Notices of Award to the two winning fertilizer companies namely:

“I can personally vouch for the truthfulness and trustworthiness of the procurement process that the DA-BAC has exercised for these fertilizers. Guided by our Legal Office and in constant consultation with the GPPB, we made sure we followed to the number the prescribed procurement procedure as required by the law,” the DA chief said.

He has earlier instructed the DA-BAC to look into the most feasible and fastest way to provide for the fertilizer in time for the main wet cropping season.

“As part of the process, we had to disqualify those who simply did not comply with the requirements. For instance, one winning supplier failed to comply to the availability of the goods on the actual date agreed upon in the specifications,” said DA-BAC Chair USec Waldo Carpio.

“We have been very transparent on the procurement of fertilizer as we know this might be used to stir false information against the government. The DA will not wrongfully hold any information that should be known to the public. I encourage everyone to help us look even closer to ensure that every peso we allot is going to where it should be spent,” Secretary Dar said.

“The DA has further streamlined the procurement process for the remaining bid lots to ensure that the suppliers comply with every requirement that is advantageous to the government and the people,” Secretary Dar said.

“This is one of our responses to the call of President Rodrigo Roa Duterte to provide transparency and integrity in all government transactions and interventions, as part of our recently created ‘integrity circles,’ dubbed as ‘Agriculture Dialogue and Information Network Groups’ or ADING,” he added.

“ADING is a systematic and institutional system that will enable us to monitor and evaluate our agri-fishery policies, programs, and projects on the ground, and if these are effectively and cost-efficiently implemented, without any shade of graft and corruption,” the DA chief said.

“We vowed from the beginning of a no-corruption policy at the Department of Agriculture,” he concluded.