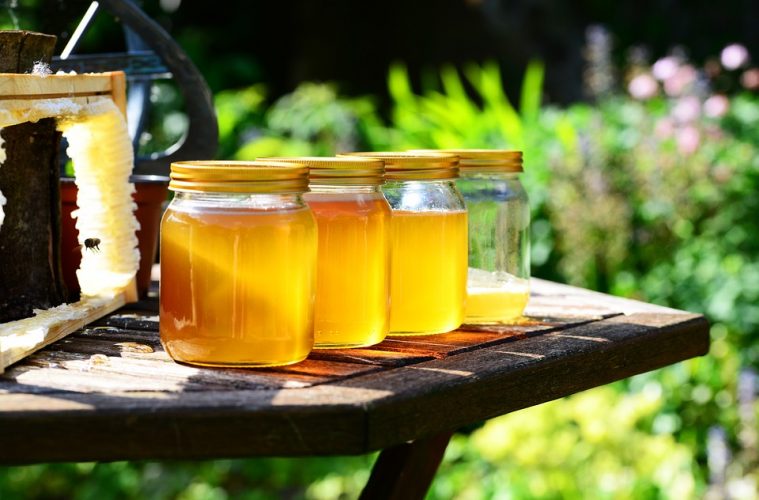 Honey is the sweet, sticky, edible substance made by bees from plant sugar. It is stored in wax structures called honeycombs located in the beehives. The liquid gold is known to have numerous health benefits including antibacterial and antifungal properties, as well as antioxidants.

Yet, because of honey’s fame, there are some misconceptions surrounding it.

According to Larry Leeong, the owner of Orange Country Enterprise in Albay, the following are common myths about honey and its counterpart based on scientific information:

“How quickly it attracts ants varies from the moisture content, ambient humidity, and location,” Leeong said.

Moisture contents vary among different types of honey. For example, honey that’s not so sticky and is almost watery has more air and scent molecules that are released through evaporation thus attracting ants.

In the meantime, when the environment is humid, it’s easier for insects to pick up scents. Honey stored in humid locations will be an easy target for ants.

“When you start beekeeping, you’ll notice that the hive can sometimes be infested with ants. Secure the colony by putting it in a location where there are no ants or make sure to check the hive regularly,” Leeong said.

Myth # 2: Honey does NOT crystallize

“Any super super saturated solution of sucrose and glucose attracts molecules that help in the process of forming crystals,” the owner of Orange Country Enterprise said.

One factor that affects the crystallization of honey is the fructose-glucose ratio.The higher the fructose in honey, determined by the not so viscous consistency, the less likely it is for honey to harden. Meanwhile, honey with high glucose content will experience the opposite.

Another thing to consider, according to Leeong, is the moisture content.

“If it’s 20 and above, the honey won’t easily crystallize as opposed to 18 and below,” he said.

He added that temperature also plays a part in solidifying the sweet treat. Honey placed in a location with four to eight degrees Celsius will surely experience crystallization.

Myth # 3: Sweet-tasting honey is fake since it’s made only from sugar

The truth: The taste of honey depends on the kind of plants they foraged from

When honey is sweet, it does not necessarily mean that it’s made from sugar. The taste depends on the kind of plant where the bees foraged from.

“Honey is as varied as the number of flowers there are. Its quality changes because of the characteristics of the plants they were made from. They can change their color, consistency, and flavor profile,” Leeong said.

Myth # 4: You can test honey’s purity

The truth: The only thing being tested is honey’s moisture content

Numerous tests such as putting honey in water to see if it will dissolve or not have been formulated to see if the honey is pure and real.

“Beekeepers know that honey is not without water. It is composed of around 20 percent water,” Leeong said. He added that the only way to properly test the quality of honey is through laboratory tests.

Myth # 5: Honey does NOT expire

The truth: Honey DOES expire

Like most food, honey also has an expiration date. It does not remain fresh as it did when it was first harvested because the enzymes found in the product will eventually break down over time.

According to Leeong, because of the temperature in the Philippines, honey can last three years tops as compared to countries with cooler climates where they can last for up to five years.

Processing can sometimes prolong the life of honey but it’s better to be safe than sorry by confirming the expiration date before purchasing or consuming the sweet stuff.

It is important to learn these mythbusters since it helps consumers become more vigilant with the benefits of honey, what kinds are they purchasing, and promotes local beekeepers who make sure that their colonies produce pure or raw honey and not the ones with high sugar levels.

Leeong discussed this topic during his webinar entitled “Myths about honey” which was included in Beekeeping: A series of talks on beekeeping and beyond held last May 23 in celebration of World Day.