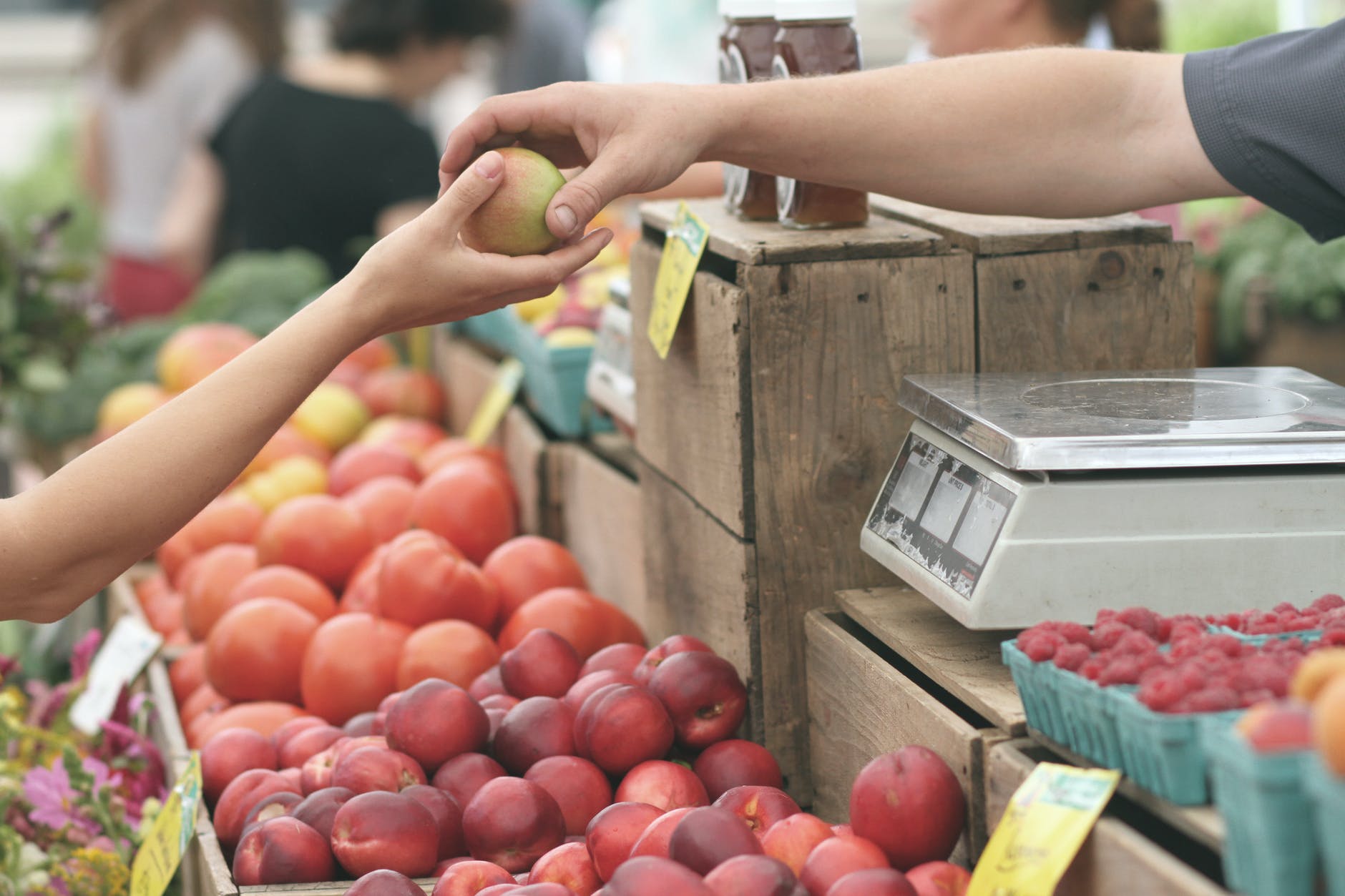 Weekend markets are fun events that many people look forward to after a long work week. Not only are they good places to find local and artisanal products, they’re also small communities within themselves, with vendors and locals treating each other almost like family.

Good Food Community (GFC), is a social enterprise that started in 2011 that connects farmers with consumers through a Community Shared Agriculture program (CSA). “You basically subscribe to a weekly basket of vegetables and this in turn enables the farmer to grow without worrying about having a market or not and it allows the farmer to focus on what matters in farming which is your nutrition and the health of the soil and the system that feeds us,” says CEO and co-founder Charlene Tan.

GCF also runs Good Food Sundays (GFS), a weekend market that has now become a hub for plant-based Manileños. “We started the weekend market as an expression of Good Food Community,” Tan says. “The insight was that when we were just delivering vegetables, there wasn’t a space for human interaction, which we felt was incredibly important in building a relationship and sharing what we learned at the farms. We wanted a space where we could actually meet the people who are receiving the food and for us to be able to share with them the stories behind it.” 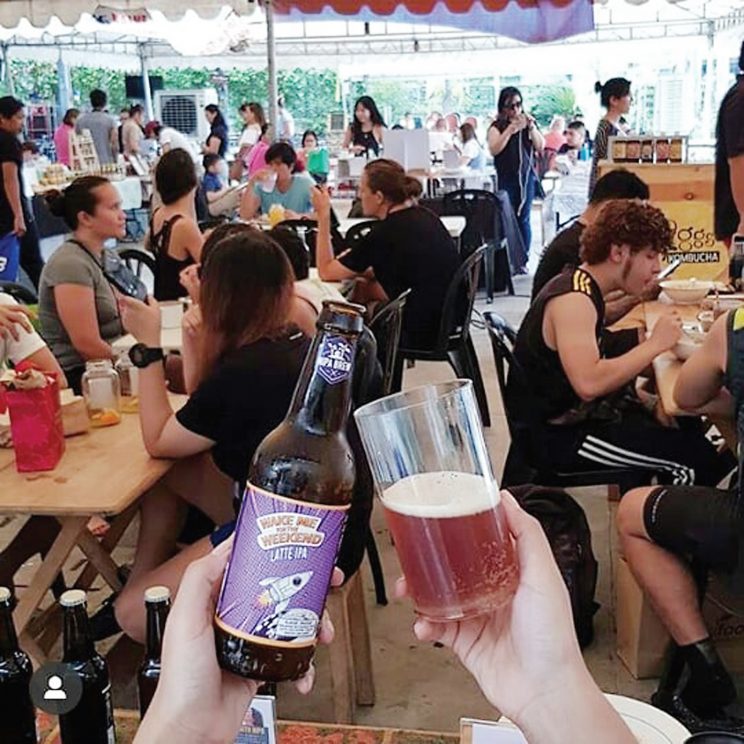 Setting up and running a consistent weekend market may have its challenges, but the opportunity to have a curated marketplace, not to mention the sense of community it fosters, is worth it. (Photo taken from Good Food Sundays Facebook Page)

Tan shares some tips on starting a weekend market and keeping it going:

Find your why. Determine why you want to start a weekend market, and what kind of market you want it to be. “What was important for us was the values that the market would espouse,” Tan shares. “For us, it was a space where we could source food we cared about from people that we believed were growing our food right.”

Partner up. Once GFC determined what kind of community they wanted to cultivate with their weekend market, the next step was to find suppliers-partners who shared their vision. Their first vendors included, among others, a coffee producer working with far-flung communities to create export-quality beans, a baker working with unbleached flour, farms that produced naturally grown vegetables and probiotic chicken, a bartender who made his own liqueurs and bitters from indigenous plants, and a zero waste store (before zero waste was a thing) that sourced hyper-locally from around the country. “We were just talking to other folks and looking for people who shared the same values, if not farmers themselves, people who produced food with that kind of conscience,” Tan says.

Find a space. But not just any space; find a space that aligns with your vision. The Salcedo and Legaspi Markets, Makati’s iconic weekend markets, for example, are both held in or near parks, making them excellent hubs where everyone can enjoy curated goods amidst the park greenery. The first iteration of Good Food Sundays was held in cooperation with a now defunct independent bookstore. “The artists and organizers behind it wanted a similar space to exchange ideas, to talk about the culture that we’re building consciously. I guess what you need is a partner to give you the space and suppliers that you have product, and hopefully, other people will also appreciate what you’re bringing to the table,” Tan says.

Keep a consistent schedule. Operating a weekend market means making sure that there’s a market for people to visit every weekend. “Maybe another big step is used to be that it would rain and we would call off the market if it was just too much trouble, but now we saw that people were here consistently, we couldn’t afford to just call off the market without a major typhoon,” Tan shares.

Think about marketing. You have your market. Now it’s time to get the word out, and to keep your market on top of everyone’s mind. Most successful markets start and grow through word of mouth. That said, social media is a great (and free) way to tell more people about your weekly event, as well us keep regulars updated on goings-on. “We didn’t think about the marketing or publicity so much. But that became very important because you need more than each other to grow that economy,” Tan shares.

Don’t be afraid to evolve. Sometimes, the market and community you envisioned may not exactly be what you end up with, and that’s okay, as long as it still fits the principles you set out for it. Two years after it opened in 2014, GFS paused its operations for a year before reopening in 2017 in its current location in Mandala Park in Mandaluyong, this time serving a mostly vegan community. “We were invited by Mandala Park to run the market again because they saw the old posts about what we were trying to do and they liked the values that we were espousing,” Tan says. “We didn’t find the tita market who would buy fresh food. The people that would generally come are kind of younger and would look for food that’s more plant-based. We saw that this is the market that was staying and of course, the merchants also had to evolve. The ones who stayed were the ones serving what the market needed.”

Have rules and encourage people to keep them. Once you’ve determined the direction you want your weekend market to take, draft rules for people to follow and encourage everyone to stick to them while being democratic, not draconian. “We had to sit down and talk about what battles we choose and the direction of the market. We had to take a hard stance against takeout containers and things. You really have to put your foot down on what people can and can’t use and of course, there are sacrifices to be made,” Tan says. “In terms of going plant-based, we also had a conversation when people began to assume that everything was vegan, and that was detrimental not only to the customer but also the merchant… We would have meetings about how to move the market forward and what rules we would then embrace moving forward.”

Hold to your vision. Running a weekend market means dealing with different kinds of people. Personalities will sometimes clash, and it might become a struggle to keep everyone happy. This is why staying true to your vision is important. “You need to be moved by the vision of a space that does not yet exist and takes the every Sunday commitment of getting out of bed. You also have to be committed, diligent, and you also have to be tough. You have to hold the line. I think here you really get an appreciation of community and it’s different dynamics,” Tan says. “There can be a self-regulating function between people… (and) there’s also a time when you need to be clear about what your values are. It takes toughness to have people give you their respect and let you lead, because you need them as much as they need you to be there.”

Value your community. Give market goers something to look forward to every week. Aside from its friendly atmosphere, GFS holds lectures and demonstrations on subjects like composting, urban gardening, and beer making. They are also always looking for ways to make the market experience better and more personal. “What has been on our wish list from the very beginning has been a garden, and I still really really want a garden,” Tan says. “I think the educational capacity and just the way the market will feel when we have more plants around that we can eat directly from would be amazing, awesome, and transformational.”

She adds, “It’s not a community unless people enjoy being here… (A weekend market is) not a grocery store; you don’t go there just to get product, you also go there for the experience, to see people, to interact, and the kind of energy you get from your interactions here make a difference to whether people want to create this space every Sunday or not.”

In conclusion, she states, “The secret to (our) staying power is having enough people who believe in what we’re doing to move us from one month to the next… I think having a welcoming community that supports each other and also some compromise allows us to continue this far.”