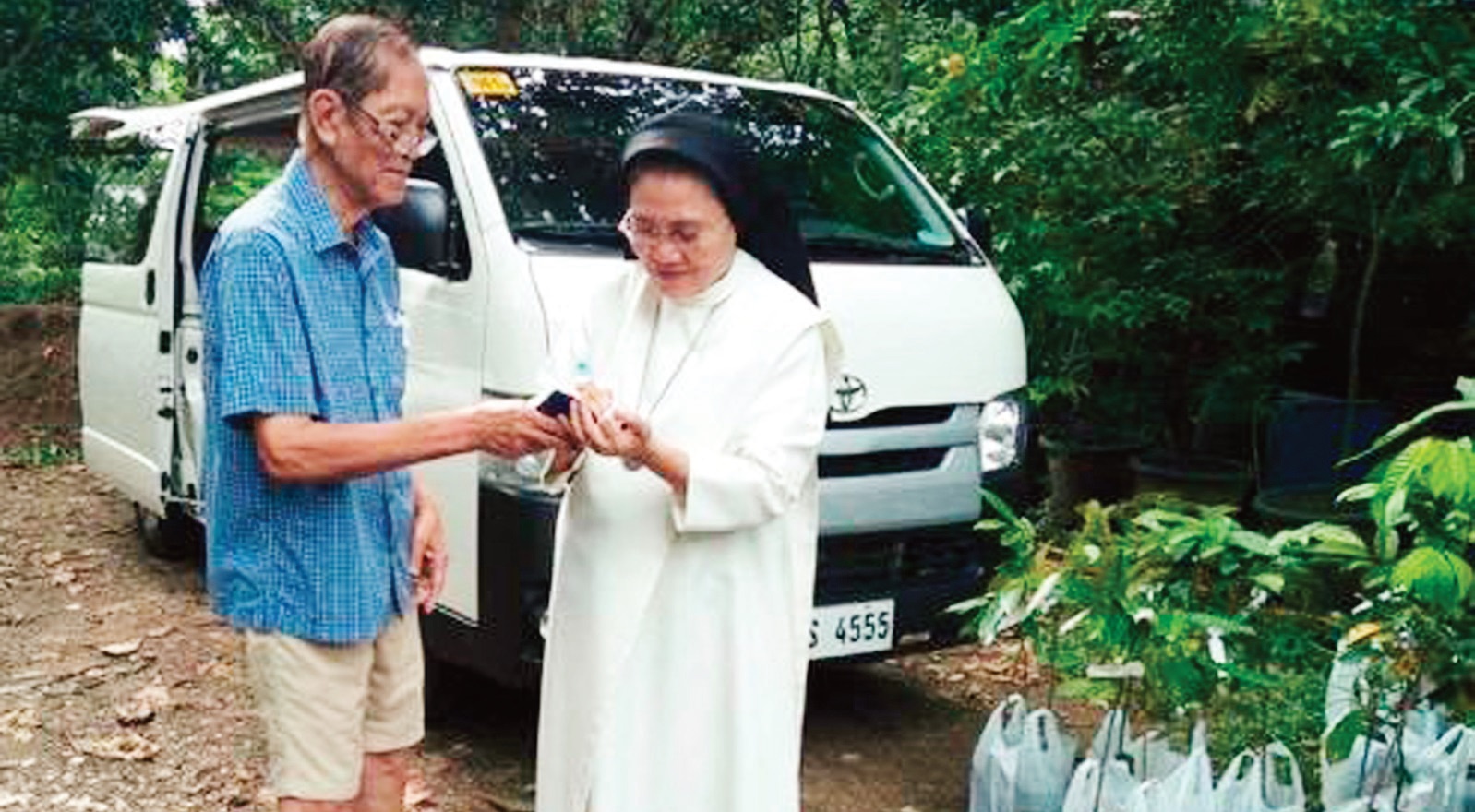 Sister Eppie Brasil meets ZBS for the first time in his farm in Teresa, Rizal on October 9, 2019, although she has frequented the place for several years now. Sister Eppie personally selects the trees she plants.

Meet Sister Eppie Brasil, a Dominican nun who is an avid lover of superior fruit varieties and indigenous forest trees. We met her for the first time in the afternoon of October 9, 2019 when she visited our farm in Teresa, Rizal for new planting materials of high-value fruit trees.

She is the founder of Regina RICA in Sitio Agoho, Sampaloc, Tanay, Rizal that is now visited by more than a million people a year not only for contemplative experience but also for enjoying communion with nature. That’s because the 13-hectare area is full of vegetation. (RICA stands for Rosarii Institute for Contemplation in Asia).

Most of the forest trees that they had when Regina RICA took over the place in 2009 were mahogany, a species from another country. Now she has come up with a GIFT project which stands for Garden of Indigenous Forest Trees. Sister Eppie said they have already planted 143 species of native forest trees.

“Sister, you will now have 144 native trees in Regina RICA,” we told her. That’s because we have gifted her with two seedlings of Chayi (also called Chawi) from Batanes. This is a native tree that bears edible fruits which are very nice to eat, and it is a fast growing species that produces good quality lumber. The tree is botanically known as Pometia pinnata.

For the past years, Sister Eppie had been planting fruit trees from our farm and many of them are already bearing fruit. She observes that with the fruit trees, so many birds and butterflies of different colors can now be found at Regina RICA.