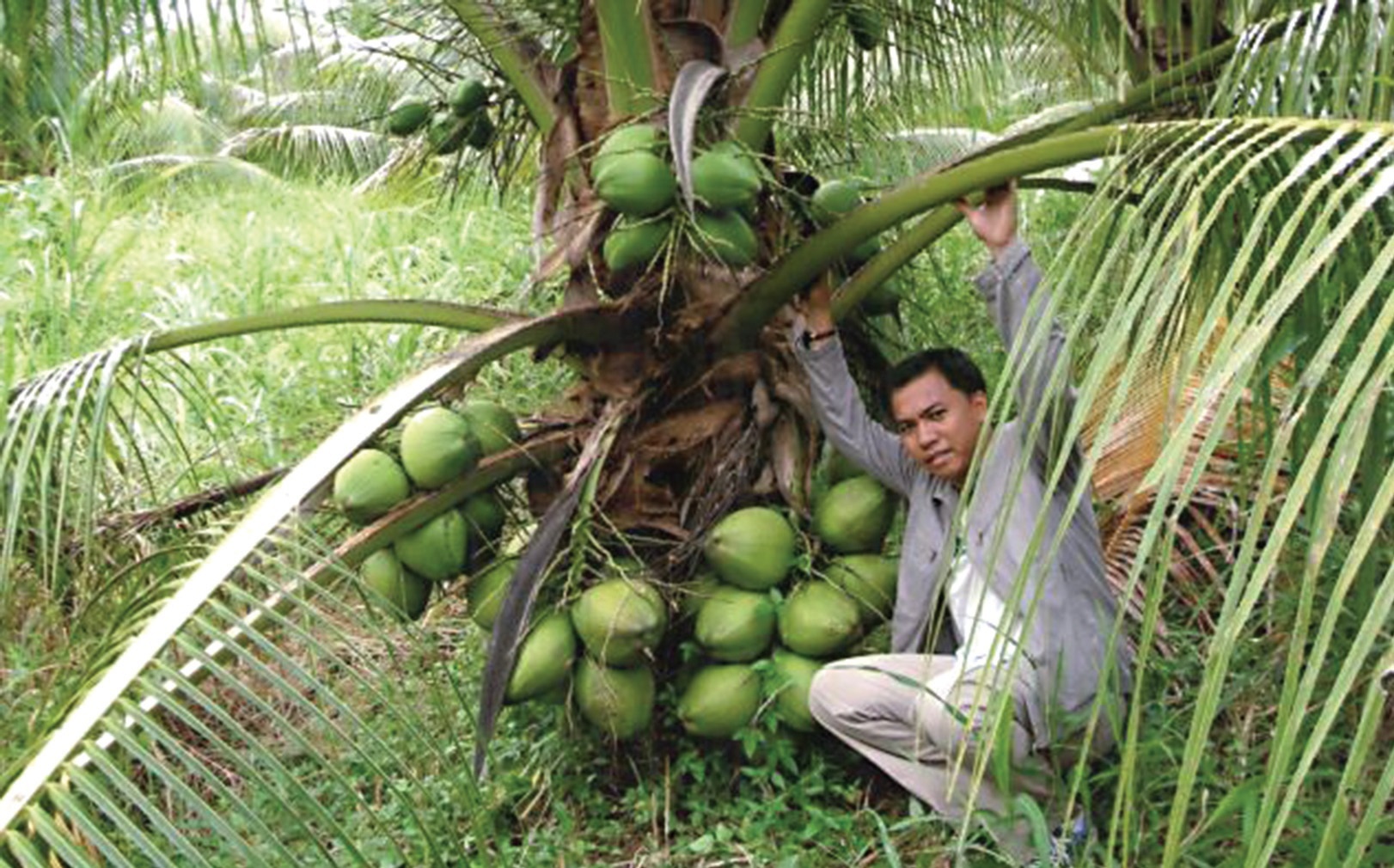 It takes all kinds of events, even tragic ones, that could lead to something great. Just like when the El Niño struck in 2003 that resulted in severe drought in Mindanao. Most likely, if the dry spell did not occur, it is doubtful if Tree Life would be in business today as the leading exporter of coco sugar to Europe, the US, Australia, and other countries.

How did it happen? Well, it happened this way. The research station of the Department of Agriculture germinated thousands of dwarf coconuts for distribution to farmers. When it was time to distribute the seedlings, none of the farmers would accept them because they will only perish for lack of water.

The research station manager had to do something drastic. He had to dispose of the seedlings, otherwise they would just wilt and die. He offered to sell the thousands of seedlings to his friend, Jerry Taray. Jerry is not exactly in agriculture because his family was involved in distributing consumer products from a well known company in Manila. Fortunately, Jerry had a 50-hectare hilly farm in Brgy. Kibudtungan, Carmen, North Cotabato where he planted the seedlings in 2004 under the Green Philippines Program of the government. 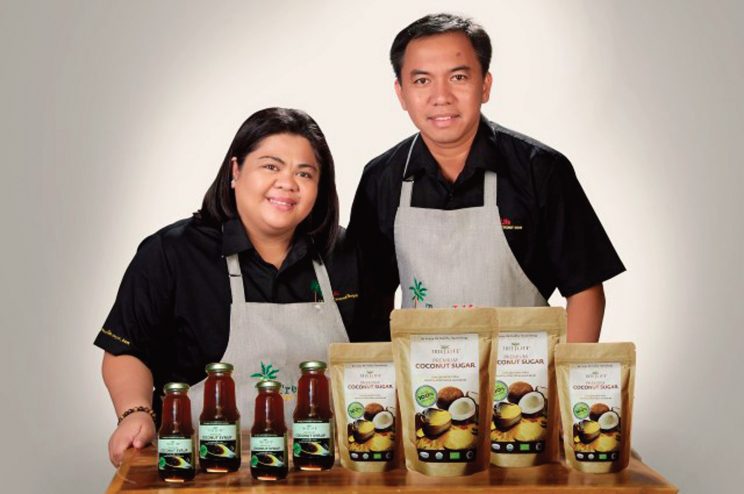 Joy and Jerry Taray with their organic coco sugar and coco syrup.

Jerry said that after four years of painstaking soil conditioning through planting leguminous plants, application of organic fertilizers like vermicompost, and contour farming, the dwarf coconut trees started to bear fruit in 2009. The sharp businessman that Jerry is, he computed how much he would make if he made his harvest into copra. His computation showed that each tree could produce barely P300 worth of copra per year. That was not profitable for him at all.

When he reported that to the research station manager, the fellow told Jerry not to worry. They will teach him how to make coconut sugar. And that’s what they did. Jerry and his wife Joy formed a crew of tuba gatherers and women who cooked the sugar. It was very well and good. The Tarays produced high quality coconut sugar.

To introduce their product to the market, they displayed their organic coco sugar in a food fair in Cebu City, stressing the health benefits of using their sugar. They next joined a food fair in Hong Kong where their Tree Life brand stood out. A well-meaning fellow they met at the trade show suggested that they obtain a certification that theirs is organic if they wanted to sell to the world market. Again, that’s what the Tarays did, spending something like P500,000 for the certification from a well known certifying agency in Europe.

Next stop for Jerry and Joy was attending food fairs in Europe where they met their big buyers not only from Europe but also elsewhere in the world. Various suppliers of coco sugar from different countries vied for the approval of the commercial users. The good news is that the Tree Life brand bested them all. Today, one of Europe’s leading chocolate makers buys the organic coco sugar of Jerry and Joy Taray for its chocolate products.

There’s really a huge difference between the income from copra and coco sugar. In one year, one 8-year-old dwarf coconut tree can yield as much as 480 liters of tuba, which can be processed into coco sugar at the rate of one kilo of sugar per 8 liters of tuba. That means one tree can produce in one year as much as 60 kilos of coco sugar worth P12,000 at P200 per kilo.

Now you see how a weather aberration led to a profitable coco sugar production enterprise.