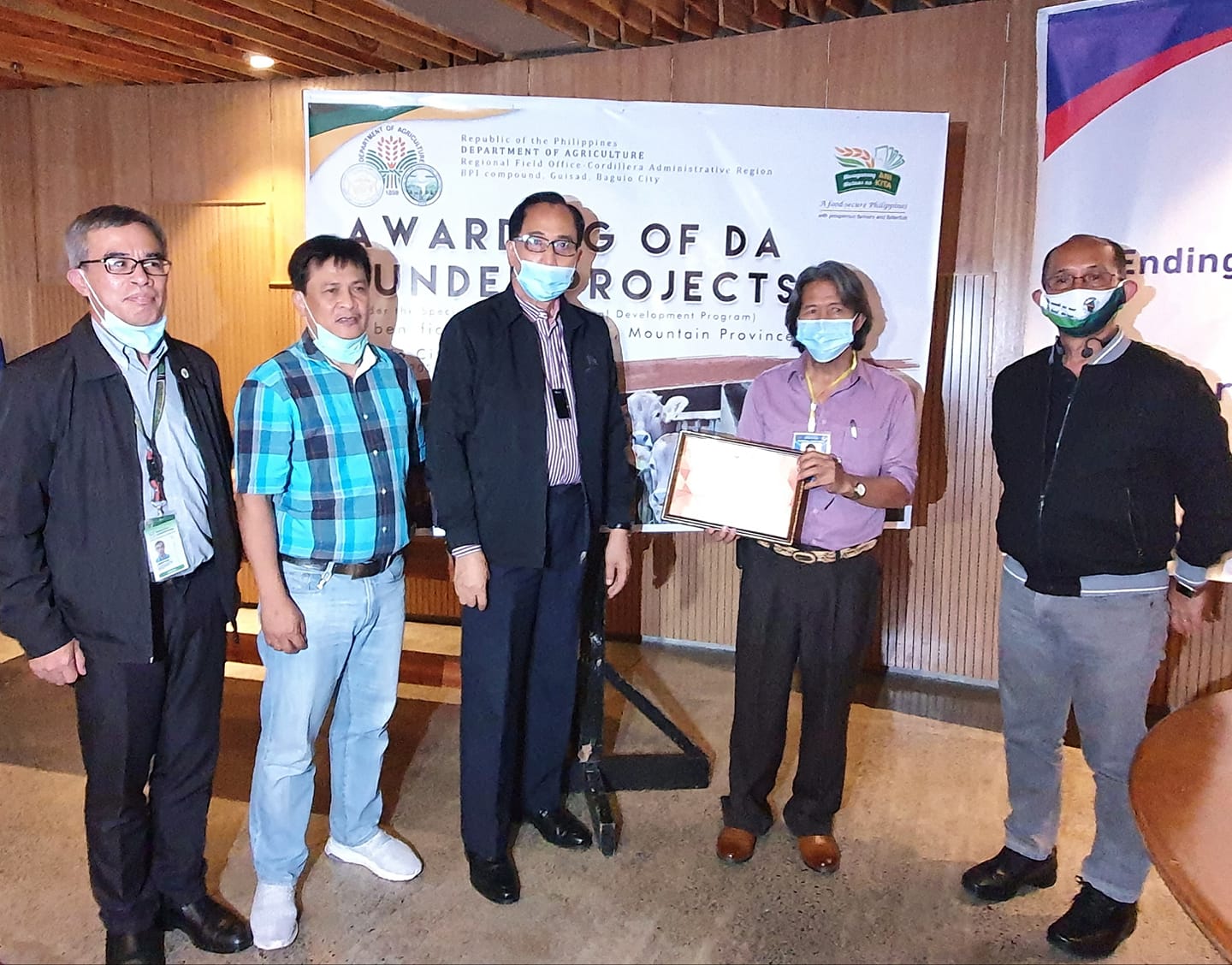 Agriculture Secretary William Dar awards to Mayor Gabino Ganggangan of Sadanga, Mt. Province a total of P6,863,190 worth of projects under the Special Area for Agricultural Development (SAAD) of the Department of Agriculture (DA) on June 19, 2020.

The interventions, which form part of the program’s effort to increase food production through the establishment of community enterprises, seek to aid the municipality in its fight against domestic communist terrorism.

Last year, SAAD has approved and funded the proposal from the office of Mayor Ganggangan for an integrated farming project that include livestock and poultry raising with legume production.

According to Secretary Dar, to win the battle against armed conflicts, the government must provide socio-economic interventions and make livelihood sustainable in rural communities.

“We must provide a stable livelihood to assure the rural folks that the government, both in the national and local, are working for the welfare of every Filipino,” he added.

According to the agri chief, the government must strengthen strategies and mechanisms to uplift the lives of the people in the countryside.

SAAD was launched by DA as part of the thrust of President Rodrigo Duterte to increase food production and reduce poverty in the Philippines.

Under Secretary Dar’s New Thinking Approach for Agriculture, the program is continuously implemented in its coverage areas not only to intensify farm yield but to reduce poverty among the marginalized sectors of agriculture and fishery.

The program provides science-based technology, financing, marketing, and other support services for animals, crops, and fisheries to individuals, households, and organized farmers and fisherfolk including other DSWD’s 4Ps and Indigenous Peoples.