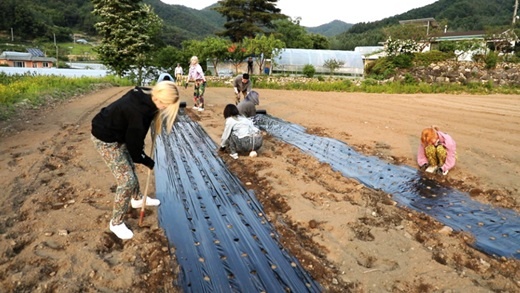 Much like their new music video “MORE & MORE,” South Korean girl group TWICE proved that they have a lot more to offer than what meets the eye as two of their members showed that they are also skilled…in farming!

Sana, Mina, and MOMO, who are the group’s Japanese members, showcased their superior farming skills in a reality television show called “6 O’Clock My Hometown” which gives city folk a glimpse of a life in the countryside.

Although the girl group struggled with planting, the three Japanese singers were adept in carrying out their farming duties as compared to the Korean members of the group.

Nonetheless, all the members of the popular group enjoyed planting as well as the experience of shooting the show.

6 O’Clock My Hometown by Korean Broadcasting System is one of the longest running shows in Korea with its first episode aired in May 1991. The show aims to connect the countryside and city by providing information on rural towns.